Here’s How Much Millennials Are Making in One Chart 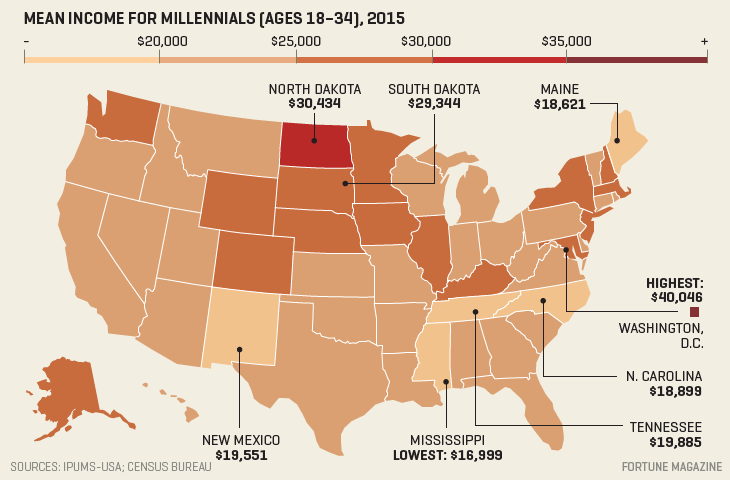 Map shows mena income for millennials in the U.S.

Millennials may act as if they’re entitled to ultrahigh salaries, but in most parts of the U.S. they still don’t earn them. Outside of Washington, D.C., and fracking mecca North Dakota, full-time year-round workers under age 35 made substantially less on average than $40,356—which was the national average for workers between 35 and 65.

Some of that can be explained by their youth and inexperience, but millennials have other problems. Many graduated into a recession, which research has shown is likely to be a lifetime drain on their average earnings. Despite being the largest generation in the U.S. workforce, they make on average 20% less than boomers did at the same age.

That’s a gap not even constant praise can alleviate.