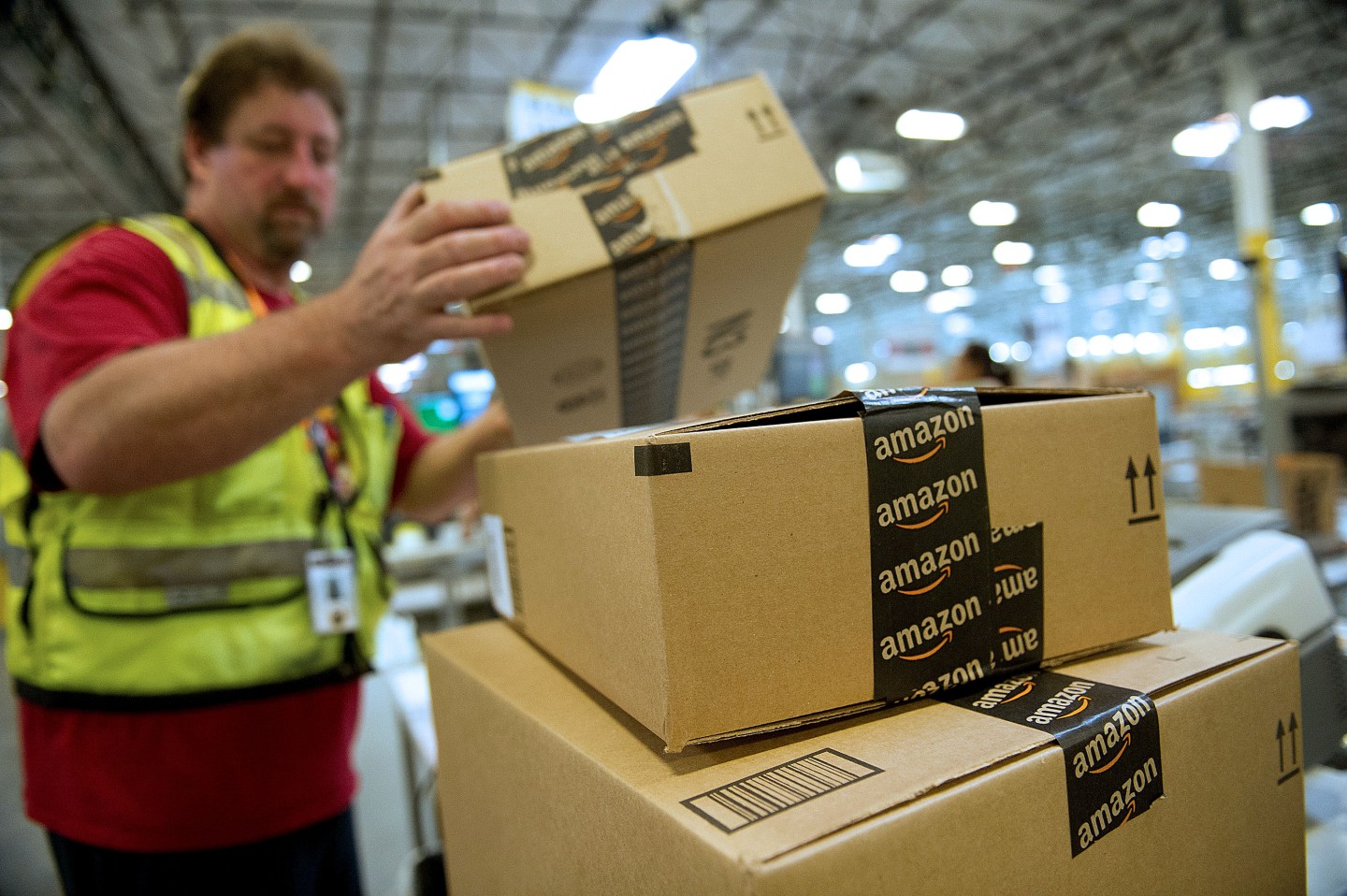 An employee stacks boxes filled with merchandise for shipment at the Amazon.com Inc. distribution center in Phoenix, Arizona, U.S. on Monday, Nov. 26, 2012. U.S. retailers are extending deals into Cyber Monday and beyond to try to sustain a 13 percent gain in Thanksgiving weekend sales. Photographer: David Paul Morris/Bloomberg via Getty Images
Photograph by David Paul Morris/Bloomberg via Getty Images

CNBC reports that after more than two decades of bad blood and legal wrangling between states and the online giant, Amazon will collect sales tax in all states that have such a levy. Collection in Hawaii, Idaho, Maine, and New Mexico, the final four states where shoppers don’t pay required tax through the site, will begin on April 1st.

A 1992 Supreme Court ruling decreed that online vendors can sell goods without collecting sales tax, as long as they don’t have a physical location in a given state. But as Amazon sales grew, states weighed methods for circumventing that ruling. Though most states theoretically require consumers to track and pay sales tax on purchases even if the tax isn’t collected by the vendor, that rule has gone largely unenforced, leading to billions in lost revenue for cities and states.

Amazon also enjoyed a significant competitive advantage thanks to its shoppers’ tax savings. Amazon has significantly increased the number of U.S. states where it charges sales tax in recent years, though primarily because the expansion of its network of warehouses and fulfillment centers has made it mandatory.