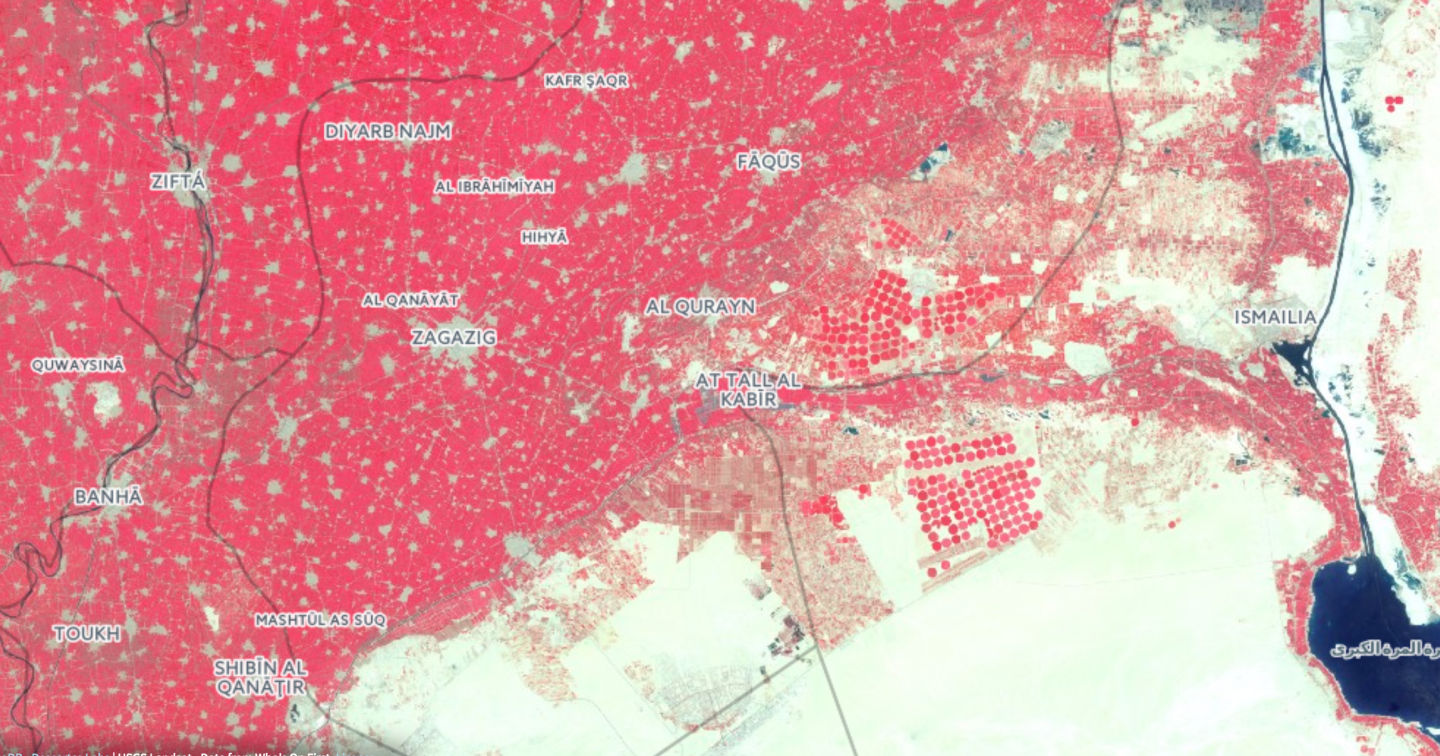 When you think of New Mexico, you probably think of the atomic bomb (the first detonation of a nuclear weapon took place in the “Land of Enchantment”) and meth labs (thanks, Breaking Bad!). But at least one local startup is showing that on-the-ground innovation can take many forms—and have potentially global applications.

Meet Descartes Labs, a Los Alamos-based company that uses satellite imagery to analyze and predict crop performance. The startup, originally a spin-out from Los Alamos National Lab, was founded in 2014 and has raised more than $8 million from investors like venture capital firm Crosslink Capital and serial entrepreneur Venky Harinarayan. Now, it has snagged yet another funder: The Defense Advanced Research Projects Agency, otherwise known as DARPA.

Why would DARPA, which has funded projects like ballistic missile defense and surveillance drones, care about crops? The answer, while not totally obvious, actually makes a lot of sense.

“One of the things we’ve seen is that regional unrest has been linked to circumstances that seem detached from national security—like the price of bread,” says Joseph Evans, a program manager in DARPA’s strategic technology office. “If we can get more accurate tools to predict famine, we can head off these types of situations with humanitarian versus military intervention.”

To that end, DARPA has awarded Descartes a grant of $1.5 million, which will be used to analyze, monitor, and forecast wheat crops across the Middle East and Africa, regions of the world which produce about 60 million tons of wheat collectively—resulting in petabytes of crop data.

“Whenever you go to a region this big, it tests and pushes the limits of scale,” says Mark Johnson, CEO of Descartes. “But we’re confident that we can handle it.”

Up until now, Descartes hasn’t announced any of its initial customers, though Johnson says he has a “few prominent customers in agriculture.” (For more on other startups helping agribusiness to go high-tech, see this Fortune story.)

The grant period with DARPA will last two years, with an option to renew for a third year. And, if all goes well, it could lead to a longer relationship between Descartes and DARPA. That jump isn’t an easy one to make, though, according to Shawana Johnson, president of Global Marketing Insights (a consulting firm that specializes in the crossover between commercial entities and the intelligence and defense communities and is currently doing work for Descartes). But it does help that Descartes was actually spun out of Los Alamos National Lab. “It creates a level of credibility and confidence with the government world,” says Johnson.

The grant also gives Descartes some more cred in the corporate world, and the ability to finally tout a partnership (even with a potential customer) by name to the outside world. The announcement comes at a somewhat auspicious time: earlier this week, President Donald Trump proclaimed March 21 “National Agriculture Day.” So happy belated Ag Day, everyone—including Descartes and DARPA.