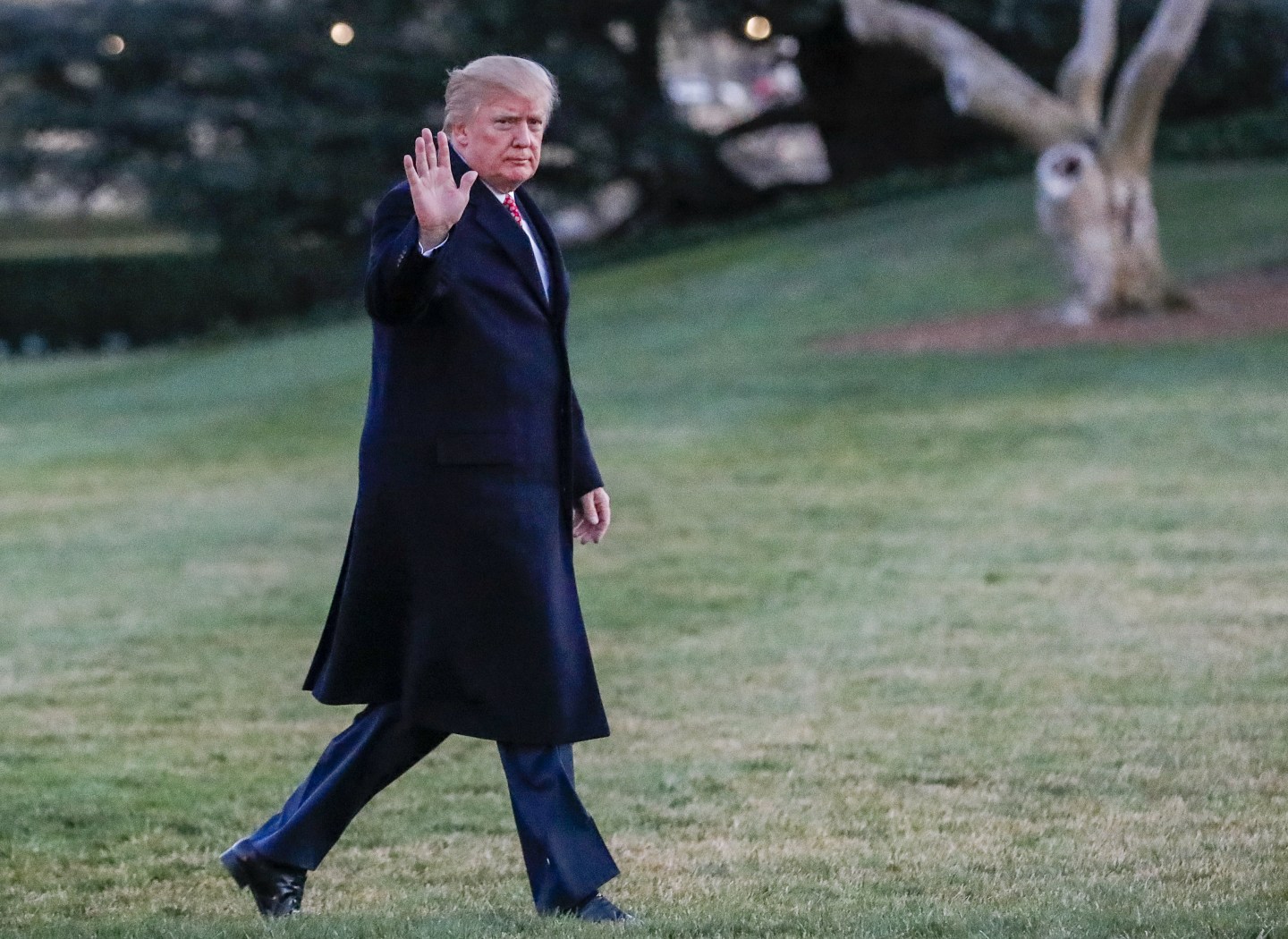 President Donald J. Trump waves as he walks across the South Lawn towards the White House on March 5, 2017 in Washington, DC. Trump is returning from a weekend at his Mar-a-Lago club in Palm Beach. Florida. (Photo by Erik S. Lesser-Pool/Getty Images)
Erik S. Lesser—Pool/Getty Images

Palm Beach County, Fla. Mayor Paulette Burdick says that using local law enforcement to protect President Donald Trump during his frequent trips to his Mar-a-Lago estate “means the local taxpayers will have to bear the added burden of being part of the security for the president of the United States,” according to CNN.

“It will either be cuts or increase in taxes,” Burdick told the network. Palm Beach County’s sheriff’s department told CNN that it costs roughly $60,000 in overtime per day when the president is in town, even with a Secret Service detail. CBS reports, based off figures from a similar trip by former President Barack Obama, that Trump’s first three visits to Mar-a-Lago cost about $10 million in total.

Trump is additionally spending this weekend at the private club, his fifth visit to the resort since taking office. The administration has not commented on the exact cost of Trump’s visits.

Local officials, facing increasing overtime costs, want the federal government or Trump himself to foot the bill for his self-described “Winter White House,” according to CNN.

“Frankly, as long as it is not on my constituents, I don’t care who pays it,” Dave Kerner, a Palm Beach County commissioner, told CNN.

Correction: The original version of this story misstated Paulette Burdick’s office. She is the mayor of Palm Beach County, not Palm Beach.