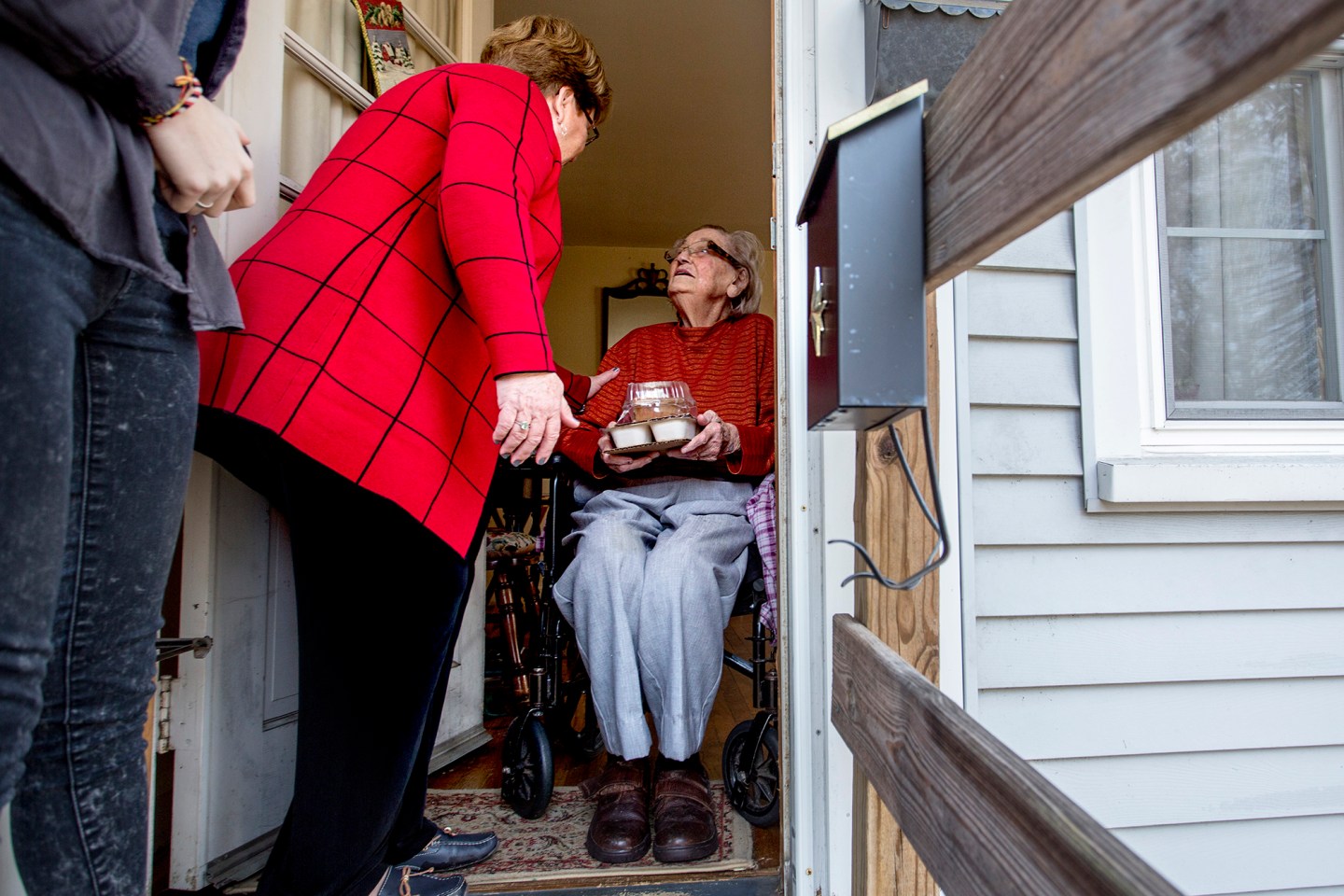 Nancy Brennerman chats with Josephine Hayward, 93, after delivering a meal to Hayward as part of the Southern Maine Agency on Aging's Meals on Wheels program in Portland, Maine, on Dec. 25, 2015.
Portland Press Herald Press Herald via Getty Images

Meals on Wheels’ average amount of daily donations increased by 50 times on Thursday after the White House proposed cuts to some of the program’s funding, a spokesperson for the group said, according to CNN.

The surge in support comes after the White House unveiled President Donald Trump’s “America First” budget plan, in which the Community Development Block Grant program and the Department of Health and Human Services — significant sources of funding for Meals on Wheels — would lose substantial subsidies. Meals on Wheels America has quickly responded with an ad on its website that warns that “federal funding is at risk.”
“The good news that it has rallied folks around the cause and reminded folks that they can’t really take these kinds of services for granted,” Patrick Rowan, executive director of Metro Meals on Wheels, said, according to CNN. “It’s reassuring that the public has stepped up.”
Meals on Wheels served more than 219 million meals to 2.4 million homebound senior citizens in 2016, according to the Community Development Block Grant program’s website.