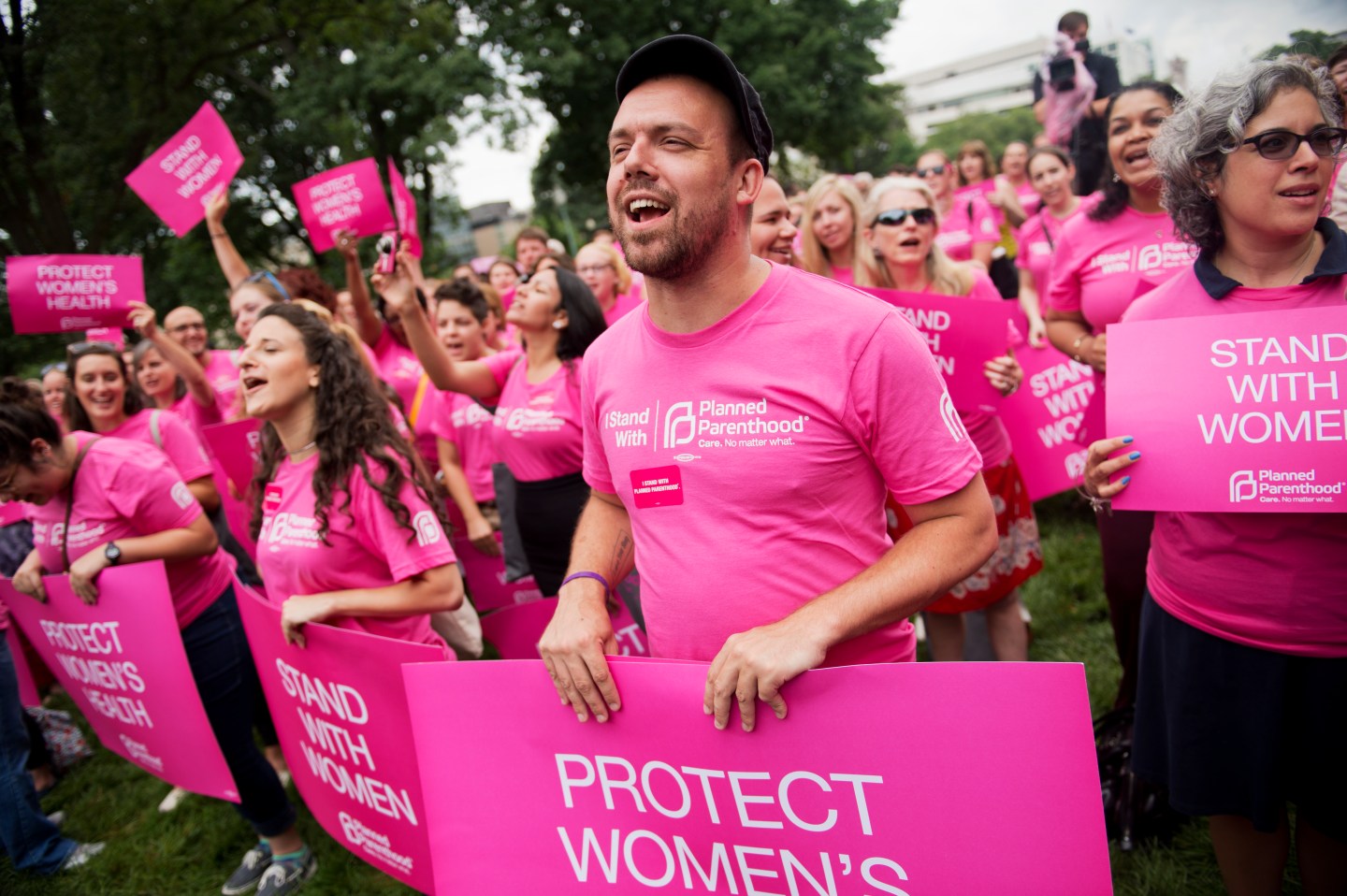 In its analysis of Republicans’ new health care bill, released on Monday, the Congressional Budget Office evaluated what the plan would mean for Planned Parenthood, the women’s health organization that provides reproductive services and abortions. The non-partisan CBO determined that the legislation’s defunding of Planned Parenthood would strip women of services that help them avoid pregnancy, resulting in thousands of additional births.

The plan Congressional Republicans introduced last week to repeal and replace the Affordable Care Act would exclude Planned Parenthood from the United States’ Medicaid program for one year. The CBO report, which assessed the overall fiscal impact of the GOP proposal, says that the people most likely to experience reduced care because of Planned Parenthood’s defunding “would probably reside in areas without other health care clinics of medical practitioners who serve low-income populations.” It projects that about 15% of those people would lose access to care. As a result, there would be several thousand additional births in the Medicaid program, “increasing direct spending for Medicaid by $21 million in 2017 and by $77 million over the 2017-2026 period.” That uptick in spending would offset some of the initial savings of defunding Planned Parenthood. All told, the provision would reduce direct spending by $156 million over the 10-year budget window from 2017 to 2026.

Slashing funding to Planned Parenthood is one of the main ways the GOP plan—if signed into law—would alter the health care of women. Republicans are pursuing their changes to Obamacare through the budget reconciliation process that requires a simple Senate majority—rather than 60 votes—for approval, and that means they can only touch aspects of the law that directly impact federal spending.

Within those parameters, the Republicans’ plan seeks further restriction of abortion by dictating that the tax credits at the heart of the bill cannot be spent on any health care plan that covers the pregnancy-ending procedure. Health plans would be allowed to cover abortion, but people relying on tax credits would not be able to purchase them.

Obamacare, the law Republicans are seeking to repeal, was a game-changer for women’s health care in that it included access to preventative services like birth control and maternity care in the 10 essential health benefits that all health care plans must cover. That 10-item checklist is not directly tied to the federal budget and so it will remain intact under the current Republican proposal. Its more distant future, however, is anything but certain.

For one, the GOP plan calls for the essential health benefits requirement to sunset at the end of 2019 for Medicaid recipients. Alina Salganicoff, director of women’s health policy at the Kaiser Family Foundation, says that rollback will apply to enrollees in the government health care program who gained coverage as part of the ACA’s Medicaid expansion. It’s hard to determine the size of that population, but Medicaid enrollment overall has increased by 17 million since the ACA’s implementation, Salganicoff says.

Repealing the essential health benefits more broadly would take legislative action requiring 60 votes in the Senate, which, at this point, doesn’t seem politically feasible. However, the Trump administration could modify or soften the essential benefits regulation on its own. Panels of experts helped determine what preventative services for women ended up in ACA, so it’s possible that the Trump administration could assemble a different group of experts who could make different recommendations. It’s also possible that the administration could give states more leeway in determining if insurance plans meet the coverage requirements. For what it’s worth, Trump’s pick to lead the Centers for Medicare and Medicaid Services, which oversee the ACA, suggested in her confirmation hearing that coverage of maternity care should be optional, not required, as it is now under Obamacare.

“Some women might want maternity coverage and some women might not want it, might not choose it, might not feel like they need that. So I think it’s up to women to make the decision that works best for them and their families,” Seema Verma told the Senate Finance Committee in February. She was confirmed to the post on Monday.

Without Obamacare mandating the coverage of key preventative services, it falls to states to decide the scope of individual plans. What would women’s health care coverage look under that scenario? We don’t have to go back too far in history to find out. Before the ACA, coverage of birth control was inconsistent from plan to plan and women were required to pay co-pays. Insurers routinely excluded maternity coverage from individual plans; according to the National Women’s Law Center just 12% of individual market plans provided it. Women could purchase maternity riders for their policies in some states, but in many cases they cost more than a policy itself. And on the individual market, women customarily paid more than men for the same coverage in what is known as “gender rating.” In states that had not banned the practice, 92% of the best-selling plans gender rated, charging 40-year-old women more than 40-year-old men for coverage, with just 3% of those plans covering maternity care, according to a 2012 report from the NWLC.

The CBO’s top-line conclusion that 24 million fewer people would have health insurance in a decade under the Republican’s plan has cast some doubt over the viability of the proposal, leading even Republicans to admit that the bill needs tweaks.

“These kinds of estimates are going to cause revisions in the bill, almost certainly,” Sen. Susan Collins (R-Maine) told the Washington Post. “I don’t think that the bill that is being considered now is the bill that ultimately will be the one that we vote on in the Senate.” At this point, it is unclear what those changes will be and how they might improve or further threaten women’s health care.