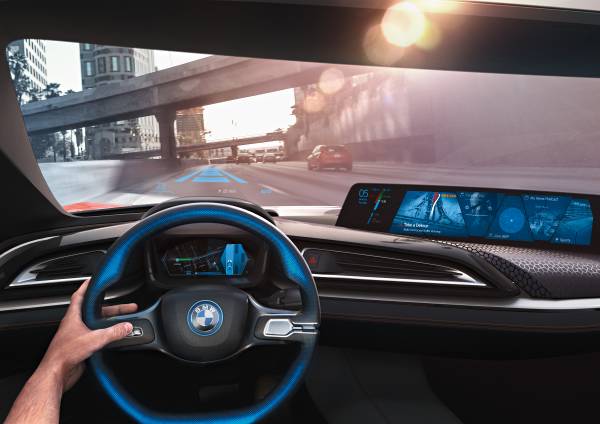 “As you’ve heard me say, others predict the future. At Intel, we build it,” Intel CEO Brian Krzanich wrote in a letter to employees.

On Monday, Intel bought it.

Intel, the world’s largest chipmaker, announced it will acquire Mobileye, a leading automotive supplier of sensor systems that help prevent collisions, for $63.54 per share, which has a fully-diluted equity value of $15.3 billion and an enterprise value of $14.7 billion.

The deal has left some scratching their heads such as Citron Research, a short-selling firm that once called the company “the short of 2016” in a tweet.

Others have questioned the acquisition price, asking if Intel is paying too much?

But the deal isn’t so surprising after a review of Intel’s acquisition and partnership history in the past two years. And it represents the next wave of deals in the automotive tech space, said Stefan Heck CEO of NAUTO, self-driving car tech startup that uses a combination of its own artificial intelligence algorithms, cameras, motion sensors, and GPS to detect what’s happening on the road and inside the car.

While there will likely be more of those types of deals to come, Intel’s acquisition is different, Heck said.

Here’s why Intel is so attracted to Mobileye.

Mobileye has an existing business and has majority market share

Mobileye’s technology—vision chips and software that interprets data from a camera to anticipate possible collisions with cars, people, animals, and other objects—is used by nearly two dozen automakers, including Audi, BMW, General Motors, and Ford.

The company is the No. 1 supplier of these computer vision chips, which are used in advanced driver assistance systems (ADAS).

Carmakers want the best technology, but when faced with a theoretical technology that has not been implemented and one with a multi-year implementation record, automakers will go with the safer bet.

“The history of performance and implementation has real value (in the automotive industry),” Gartner analyst Mike Ramsey told Fortune.

The industry often focuses on reaching so-called Level 5 autonomy, which means the car handles all aspects of driving in every condition. In other words, no human is needed. But today, the automotive world is barely at “Level 2.”

Less than 10% of new vehicle sales in the U.S. last year had ADAS on them, according to Ramsey,

“That is going to rise a lot and Mobileye has a huge market share,” he said. “It’s just simple math.”

Mobileye has a healthy profit margin on its product

Mobileye has next-generation products as well

Mobileye is best known for its front-facing camera technology for advanced driver assistance systems in car. But the company is developing future products as well.

Mobileye has developed mapping technology called Road Experience Management (REM) that automatically generates high-definition maps that can be collected and shared in real-time.

The front cameras capture lane markings and road information via an optical sensor system from Mobileye. That information in compressed and then sent into the cloud. The cumulative fleet data can, in turn, be used to continually improve high-definition navigation maps for car localization.

Mobileye’s REM system has two big advantages: the system uses a single sensor—a forward-facing camera that is cheap and ubiquitous—and small data packets of under 10 KB per kilometer for uploading data (because no one wants to pay for massive uploads of data and bandwidth usage).

Volkswagen announced in February it will integrate Mobileye’s camera-based mapping and localization technology in its cars beginning in 2018.

Krzanich has predicted that by 2020, the Internet of Things will include 50 billion devices and each user of those gadgets will generate 1.5 gigabytes of data every day. But, he has said, the average autonomous car will create about 4 terabytes of data daily, or about the same amount of data generated by 3,000 people.

That’s a lot of data to process.

Krzanich explains it in a letter to employees about the deal.

Many of you have asked why we think autonomous cars and vehicles are so important to Intel’s future. The answer is DATA. Our strategy is to make Intel the driving force of the data revolution across every technology and every industry. We are a DATA company. The businesses we focus on, and deliver solutions to, create, use and analyze massive amounts of data.

The data play is particularly valuable, said Heck. “There’s data both on the in-vehicle side, which is getting access to the raw sensor data to be able to do interesting things with it, and on the cloud side,” he said, noting Mobileye’s REM model of updating maps with more real-time information in preparation for more autonomous driving.

Mobileye has a couple of customer deals for 2019 deployment with rights to collect data on those production vehicles to update the maps and their database.

The race to deploy autonomous vehicles has only accelerated in the past 12 months with small startups popping up only to be acquired in a matter of months by large companies anxious to be first to market.

Intel is willing to pay a huge price in order to get near the front rather than build their own technology, which they could probably do if they had time, Ramsey said.