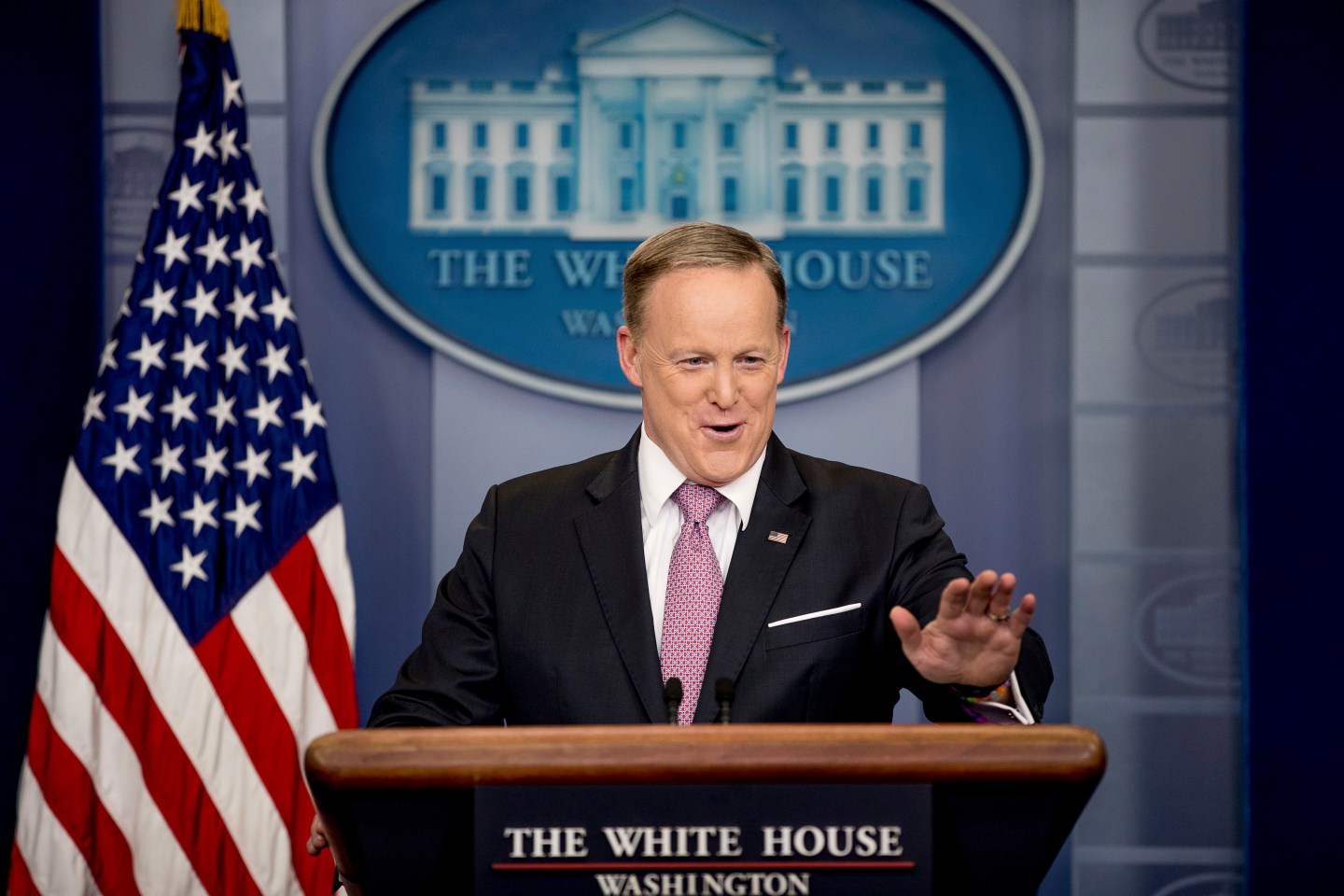 An attorney for former National Security Adviser Michael Flynn told President Donald Trump’s transition team before the inauguration that Flynn might register with the government as a foreign agent, White House officials acknowledged.

According to a person with knowledge of the discussions, Flynn’s representatives also had a second conversation with the White House counsel’s office after the inauguration and made clear the national security adviser would indeed be registering with the Justice Department.

On Friday, the White House said it had no recollection of the second conversation. But on Saturday, a White House official said the post-inauguration conversation did occur.

Both the White House official and person with knowledge of the discussions insisted on anonymity in order to disclose the private conversations.

The disclosures Friday indicate that Trump transition lawyers did not view Flynn’s lobbying work for a Turkish businessman as a liability for an official who serves as the president’s closest adviser on security and international affairs. They also raise new questions about whether Trump’s transition team, and later his White House lawyers, fully vetted Flynn.

Flynn’s registration this week with the Justice Department disclosed lobbying by him and his firm that may have benefited the government of Turkey.

Trump fired Flynn last month on other grounds — that he misled Vice President Mike Pence and other White House officials about his conversations with Russia’s ambassador to the U.S. Flynn’s registration comes amid intense scrutiny over his and other Trump associates’ potential contacts with Russia. The FBI is investigating, as are House and Senate intelligence committees.

Flynn registered with the Justice Department on Tuesday, citing $530,000 worth of lobbying. His work on behalf of a company owned by Turkish businessman Ekim Alptekin occurred at the same time he was advising Trump’s presidential campaign.

Among those told of Flynn’s potential Justice Department registration during the transition was Don McGahn, a campaign lawyer who has gone on to become White House counsel, according to a person with direct knowledge of the conversations between Flynn’s representatives and the transition team.

A White House official said McGahn and others were not aware of the details of Flynn’s work. It’s not clear why the Trump advisers did not seek additional information once Flynn’s lawyers raised the issue.

White House spokesman Sean Spicer said the president had not been aware Flynn might register as a foreign agent. He said that when Flynn’s lawyer raised the possible filing with the transition team, Trump’s attorneys responded that it was a personal matter and not something they would consult on.

“It’s a business matter, it’s not something that would be appropriate for a government entity to give someone guidance on when they should file as an individual,” Spicer said. He dismissed questions about whether Flynn’s work should have raised red flags for the new administration, saying the retired Army lieutenant general had “impeccable credentials.”

In the filings with the Justice Department’s Foreign Agent Registration Unit, Flynn and his firm, Flynn Intel Group Inc., acknowledged that his work for Alptekin’s company “could be construed to have principally benefited the Republic of Turkey.” The lobbying on behalf of Inovo BV, a Dutch-based company owned by Alptekin, occurred from August through November.

Flynn’s filing said that he and his firm were not certain whether Turkey’s government was involved in Inovo’s hiring of them as lobbyists. The firm said it was aware, however, that Alptekin “consulted with officials of the Republic of Turkey regarding potential work by Flynn Intel Group.”

The firm also acknowledged that Alptekin introduced Flynn to two senior Turkish government officials in September, but it identified them only by their titles. The officials included in the meeting were Turkey’s minister of foreign affairs, Mevlut Cavusoglu, and Turkish Energy Minister Berat Albayrak, who is President Recep Tayyip Erdogan’s son-in-law.

In an interview with The Associated Press, Alptekin said Flynn and his firm filed the registration under pressure from Justice Department officials. Alptekin said he disagreed with the decision to register. He also said he had asked for some of his money back.

In an interview Thursday with Fox News, Pence said he was unaware of Flynn’s foreign agent work until this week, but called the disclosure “an affirmation of the president’s decision to ask Gen. Flynn to resign.”

“If the vice president had heeded my warnings, it’s clear now he could have prevented the problems that occurred with Lt. Gen. Flynn,” Cummings said Friday.

Under the Foreign Agents Registration Act, U.S. citizens who lobby on behalf of foreign governments or political entities must disclose their work to the Justice Department. Willfully failing to register is a felony, though the department rarely files criminal charges in such cases. It routinely works with lobbying firms to help them get back in compliance by registering and disclosing their work.

According to Flynn’s filings, his firm’s work involved research, informational materials and a video on the cleric Fethullah Gulen. Turkish President Erdogan has accused Gulen, who lives in Pennsylvania, of orchestrating a botched coup last summer. Erdogan has called for Gulen’s extradition, a request the Obama administration rebuffed.

Alptekin, the Turkish businessman, has denied having any ties to Erdogan’s government. But he is a member of a Turkish economic relations board run by an Erdogan appointee.