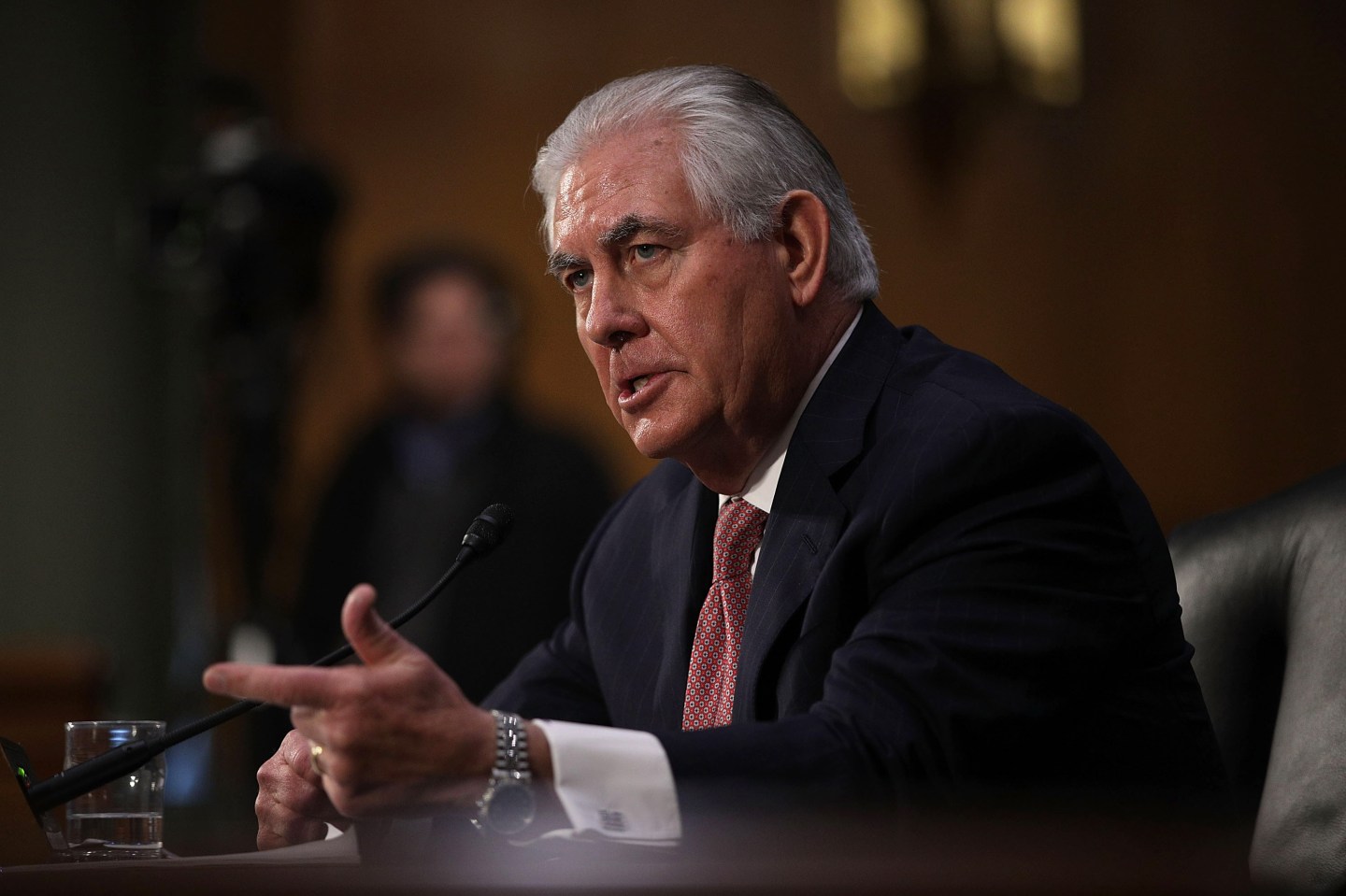 Secretary of State Rex Tillerson has recused himself from issues relating to the Keystone XL oil pipeline, the State Department said in a letter to Greenpeace on Thursday.

“In early February, Secretary Tillerson recused himself from working on issues related to TransCanada’s application for a Presidential Permit for the proposed Keystone XL pipeline,” wrote Katherine McManus, a State Department ethics official. “He has not worked on the matter at the Department of State and will play no role in the deliberations or ultimate resolution of TransCanada’s application.”

The former CEO of Exxon Mobil, Tillerson faced tough questions on potential conflicts of interest during his confirmation hearings, and said he would recuse himself for one year from any dealings having to do with his company.

Greenpeace on Tuesday sent a letter to the Office of Government Ethics and the State Department calling on them to ask for Tillerson’s recusal from the pipeline project. The group noted that Tillerson’s former employer would benefit from the project because the pipeline would raise the value of crude oil from Canada’s tar sands in Alberta, where Exxon has investments.

“When a decision about Keystone, or other oil and gas projects, reaches Rex Tillerson’s desk, he will only see dollar signs for Exxon with no regard for what the people want and the impact on our climate,” Greenpeace Executive Director Annie Leonard said in a statement Thursday.

In response to the announcement that Tillerson would recuse himself, Greenpeace said it would continue pushing to make sure other members of President Donald Trump’s cabinet comply with ethics rules. “Greenpeace is also requesting that the Office of Government Ethics make public any information relevant to this decision, including any information about recusals, waivers requested or sought, and further ethics disclosures,” Greenpeace Senior Climate and Energy Campaigner Diana Best said in a statement.