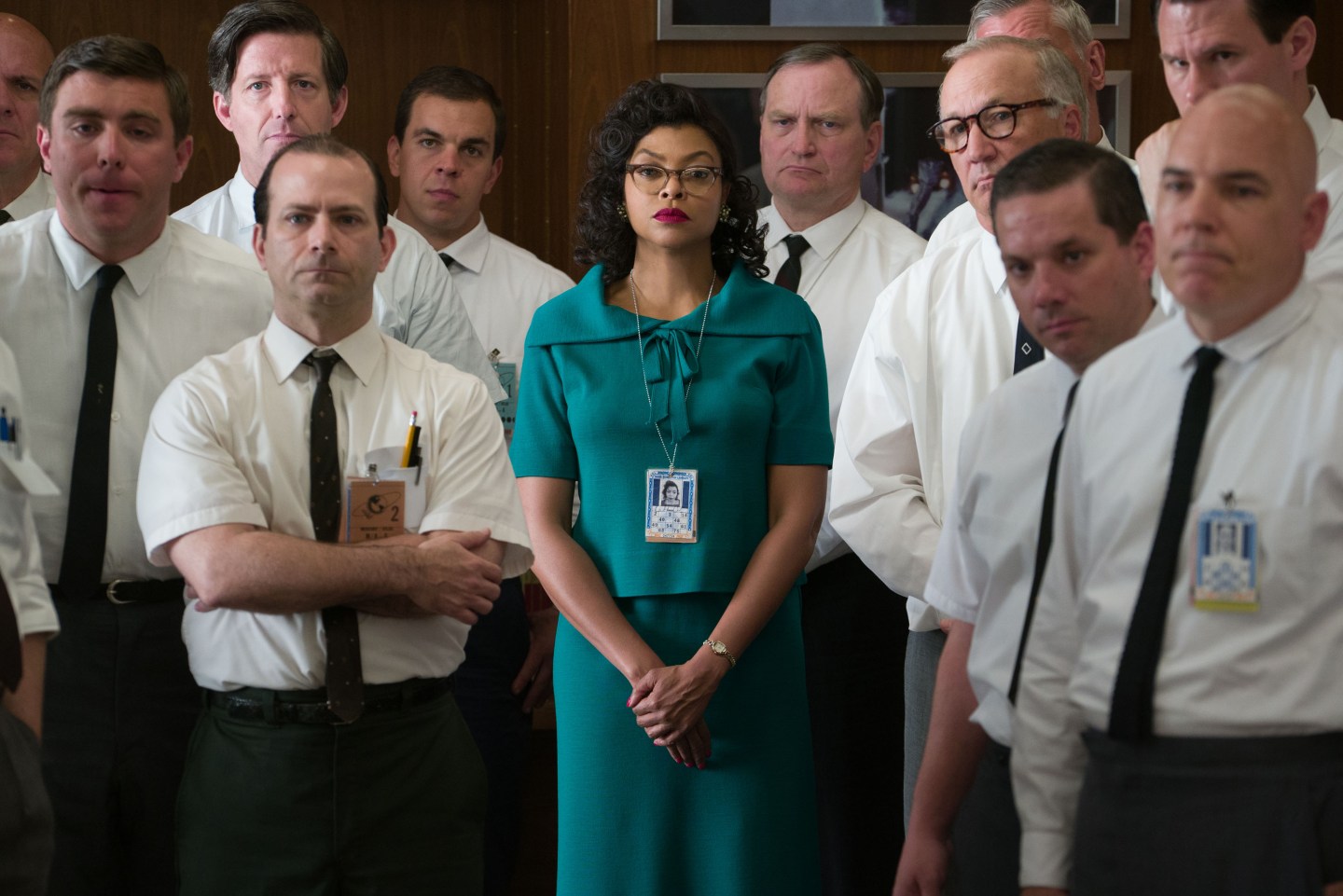 As today marks International Women’s Day, it’s worth reminding world leaders how far women have lagged in the tech industry, a sector that prides itself on innovation. When it comes to personnel, fewer than 5% of leaders are women in the U.S. Tellingly, in the best performing tech companies, more than a quarter of the leaders are female. For decades, studies have shown that a diversity of backgrounds and perspectives drives innovation, productivity, global influence, and more. Companies looking to up their game would do well to leverage the full range of talent available to them. What can organizations do to facilitate that?

If leaders are looking for answers, which I hope they really are, the Oscar-nominated movie, Hidden Figures, which tells the true story of three female, African-American mathematicians who helped make NASA’s Project Mercury a success at a time when racial segregation was the norm, offers a few important clues into making the most of all our resources.

Hidden Figures’ female mathematicians — Katherine Johnson, Mary Jackson and Dorothy Vaughan — undoubtedly had an uncommon depth of intellect and ingenuity. But, their visibility was not earned solely based on those qualities. They worked, after all, in the shadows cast by systemic and cultural bias. They took great personal risks to step intentionally and decisively into the light to make themselves seen, repeatedly, until the establishment could no longer ignore them. Along with their brilliance and hard work, the support that they received was critical. Without it, these women’s stories, the Cold War, American world leadership, and spaceflight itself might have taken very different paths. Here are three lessons:

For Katherine Johnson, the mother of three children, childcare was the critical pillar. Johnson’s ability to provide financially for her children and her own mother, while her mother served as a live-in caretaker, afforded Johnson an unusual confidence and flexibility to do the work she needed and wanted to do in a way our culture has long afforded only to men. The vast majority of women still do not have this advantage, but when they do, it opens doors.

Mary Jackson’s crucial support came from the government, which enabled her to obtain the education she craved. In the 1960’s, Jim Crow laws supporting racial segregation made the required engineering classes unavailable to Jackson, so with some encouragement from colleagues, she petitioned a judge. He changed the rules. After becoming an engineer, Jackson improved U.S. aircraft performance by analyzing data to understand air flow, thrust and drag forces from wind tunnel and aircraft flight experiments at the Theoretical Aerodynamics Branch of the Subsonic-Transonic Aerodynamics Division at Langley. When leaders, such as this judge, are willing to open new doors, the benefits reach beyond the individual to the organization and society.

Dorothy Vaughanwas a visionary. She recognized a future shift, from people being the computers to people programming the computers. With no help from her organization, her society, or even her public library, where programming books were kept in the Whites Only section, she taught herself FORTRAN, a programming language that helped her do incredible things. Then, she taught her team. She programmed a computer no one else could comprehend. Her story underscores the values of life-long learning, advanced knowledge acquisition, and leadership, and the clear benefits that they provide an organization.

Leadership is about both will and skill. Will can be fostered and skills can be learned. Organizations that want to get the best from their employees will recognize and develop the talents in a variety of people with diverse backgrounds, personal lives, opportunities, and histories. Companies that help employees tap into their talents — by innovating, updating procedures, opening doors, and expanding educational opportunities – are the ones finding that the benefits reaped by their organizations are well worth the risks.