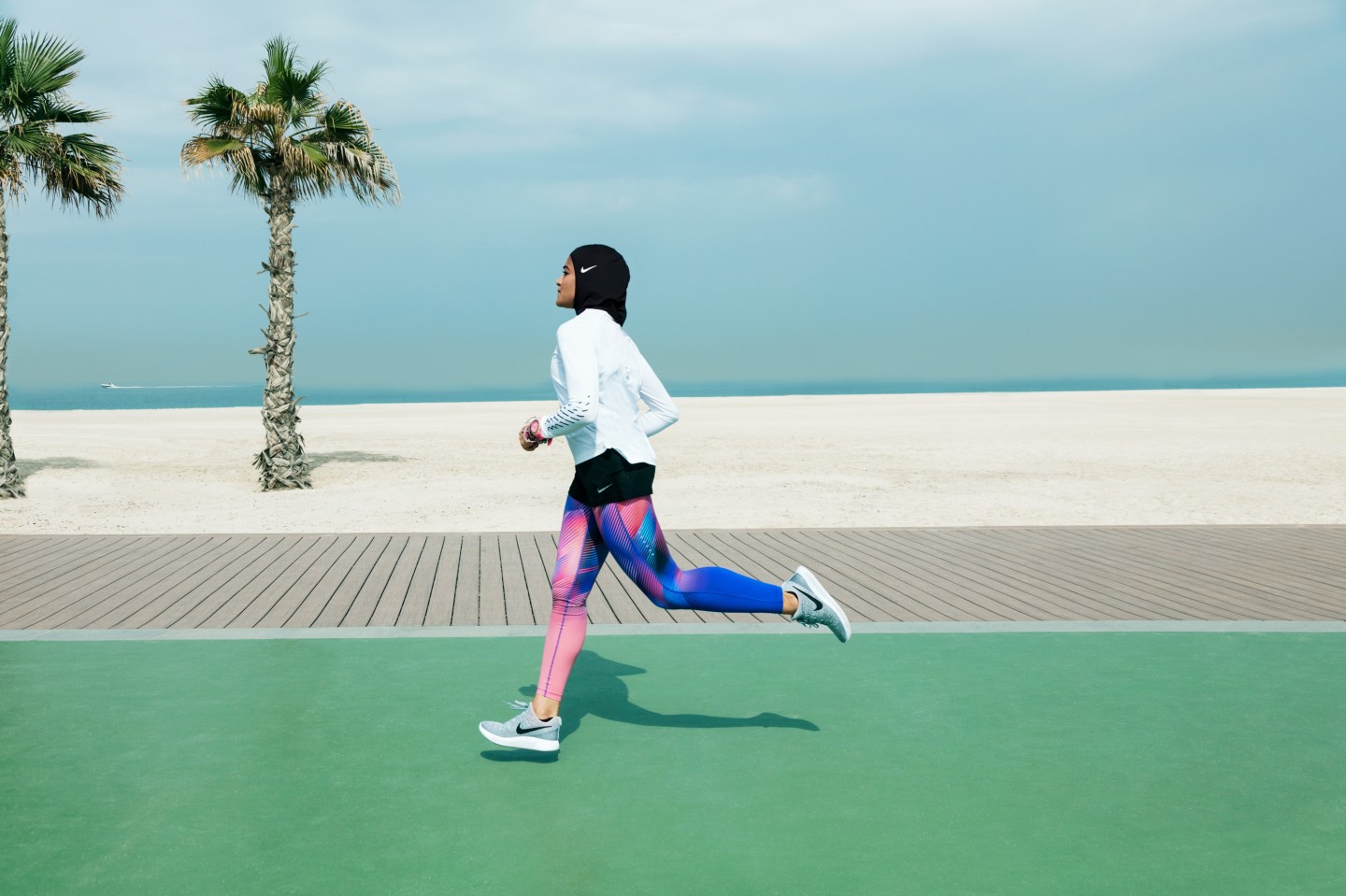 In an effort to better serve Muslim athletes, Nike has revealed plans to launch the Pro Hijab.

Over the past few years, meetings held at the company’s world headquarters in Oregon revealed top athletes like female weightlifter Amna Al Haddad often had problems competing when wearing a traditional hijab, according to a press release obtained by Fortune. As a result, Nike set out “to make a performance hijab similar to Nike Pro’s other products: inconspicuous, almost like a second skin.” The result is a durable, single-layer power mesh that’s both lightweight and opaque, featuring strategically placed holes for optimal breathability.

Nike’s announcement follows a viral video campaign called “What Will They Say About You?,” which prominently features Arab and Muslim women athletes exercising and competing. Sara al-Zawqari, a spokewoman for the International Red Cross in Iraq, voiced her support for the empowering clip of women running, skateboarding, fencing, boxing, and ice skating in the suburbs of Dubai.

When an ad touches on the insecurities of women in a society, digs deeper & becomes an empowerment tool rather than just a product #JustDoIt https://t.co/3Qh79aPigd

“By providing Muslim athletes with the most groundbreaking products, like the Nike Pro Hijab, Nike aims to serve today’s pioneers as well as inspire even more women and girls in the region who still face barriers and limited access to sport,” the statement concludes.