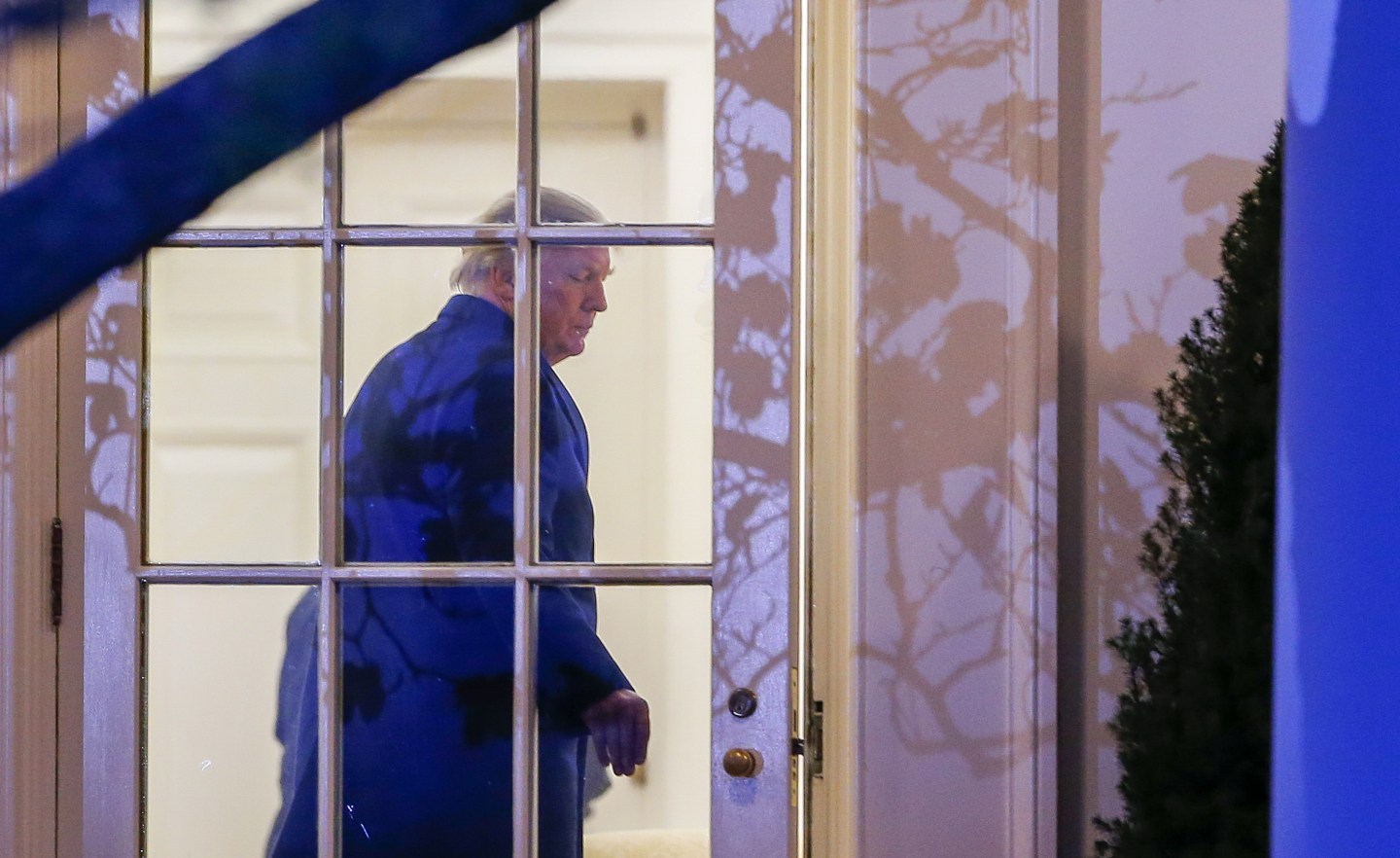 President Donald Trump and his advisors are all about “the American people.” But their continual invocation of these “people” reveals how the language of democracy—particularly when accompanied by colorful pictures of cheering crowds—can become a powerful tool in the consolidation of profoundly undemocratic political processes and ideas.

When, for instance, Trump calls the press the “enemy of the people,” he is possibly not even aware of the history behind the phrase as a rallying cry for the Soviet Union’s Stalin-era witch hunts for hidden traitors. Such attacks are not intended only for journalists critical of him, but broadly apply to the entire edifice of public servants—career diplomats, policy experts, analysts, and press—that the White House portrays as a drag on U.S. democracy. This appears to be one small piece of a larger administration effort to develop a division in the U.S. public imagination, with the public servant class on one hand, and Trump—the chosen emissary of America’s no-longer-silent majority—on the other.

Since the election of Jimmy Carter, almost every president, Democrat and Republican alike, has come to power by positioning himself as an outsider, assailing politics as usual and threatening to shake up the Washington establishment. But Trump chief strategist Stephen Bannon’s promises to launch a “deconstruction” of the U.S. “administrative state” go beyond such standard critiques of the status quo. Instead, the Bannon camp is suggesting that a host of agencies and organizations long considered central to good governance are full of inefficient and unreliable schemers, catering to their own interests rather than to “the people’s” real needs.

Trump presents himself as the opposite—an instrument of “direct democracy” with an unfiltered connection to the ordinary American and a determination to defy all cowardly intermediaries who might wish to hamstring the bold words and actions that he claims reflect the people’s will. (“You think it, I say it,” was a standard campaign phrase.) In truth, Trump favors stadium rallies over face-to-face meetings with small groups of constituents. During the New Hampshire primaries, he marveled at how slow the process of actual connection could be. “People would go and have dinner with the voters … like, five people, a family … and they’d sit there and have dinner for two and a half hours … If I did that people would lose respect for me.” Instead, he prolifically tweets to his over 26 million followers, manufacturing a sense of uncensored immediacy.

We should care about this rhetorical strategy because Trump advisors are starting to redefine the very meaning of democracy, in much the same way they have already succeeded in transforming the meaning of “fake news.” The figure of the president, keeping his promises to the American people, is being upheld as fundamentally rival to a system of checks and balances designed to contain the executive branch and another system of expertise intended to advise it.

In continually allying himself with “the people” in opposition to institutional power, Trump is doing several things. First, he is undermining the role of deep knowledge in government decision-making and removing opportunities for experts to air their views, particularly when those views might diverge from a predetermined political line. Scientists at the Environmental Protection Agency, Department of Health and Human Services, and other government-funded agencies have been forbidden to publish or speak publicly about their work without White House approval. The State Department, which employs nearly 70,000 people worldwide, is facing a 37% budget cut, and the administration has given short shrift to much of the analysis the department puts out. Meanwhile, Trump is the first president since World War II to eschew a daily security briefing. The reports, he has stated publicly, are repetitive, and since he is “a smart person,” he doesn’t “have to be told the same thing in the same words every single day for the next eight years.”

At the same time, the president is encouraging the splintering of authority in the civic sphere, among those voices outside government that cannot be so easily controlled. He is doing so by proclaiming a large segment of the mainstream media to be not simply biased but deliberately fake and aimed at discrediting the “true” American polity. Those journalists, Trump warned a crowd in Melbourne, Fla., “have an agenda, and their agenda is not your agenda.”

But Trump and his advisors are also praising the increasing fragmentation of America’s information landscape as yet another laudable manifestation of direct democracy. Applauding the fact that “people get their news now from literally hundreds and thousands of sites,” the president of the American Conservative Union termed this historical moment a time of “great democratization” in journalism.

Encouraging the proliferation of a multiplicity of media voices may not seem like an authoritarian strategy. It certainly diverges sharply from the media policy of a more textbook type of top-down regime like Russia’s. There, the three major television channels are unified around positive coverage of President Vladimir Putin, and a background apparatus of censorship is in place to portray him not only as a man of the people, but also as an uncontested leader above the fray and backed by a hegemonic state apparatus.

Trump’s people, in contrast, encourage chatter—the emergence of a relativized world where every opinion can be of equal value. As described in a recent Foreign Affairs article, “How America Lost Faith in Expertise,” the current social climate is one where any guy on the street is entitled to know as much about any issue as, say, a Nobel Prize winner. “These days,” author Tom Nichols writes, “members of the public search for expert errors and revel in finding them—not to improve understanding but rather to give themselves license to disregard all expert advice they don’t like.”

In such a corrupted environment, where even the most straightforward of facts can find a challenger, Trump can shine as the loudest, brashest voice of self-proclaimed authority. It’s not about truth, as much as power. As he himself puts it: “The era of empty talk is over, it’s over. Now is the time for action.”

Cynthia Hooper is an associate professor of history and director of Russian and Eastern European studies at the College of the Holy Cross.