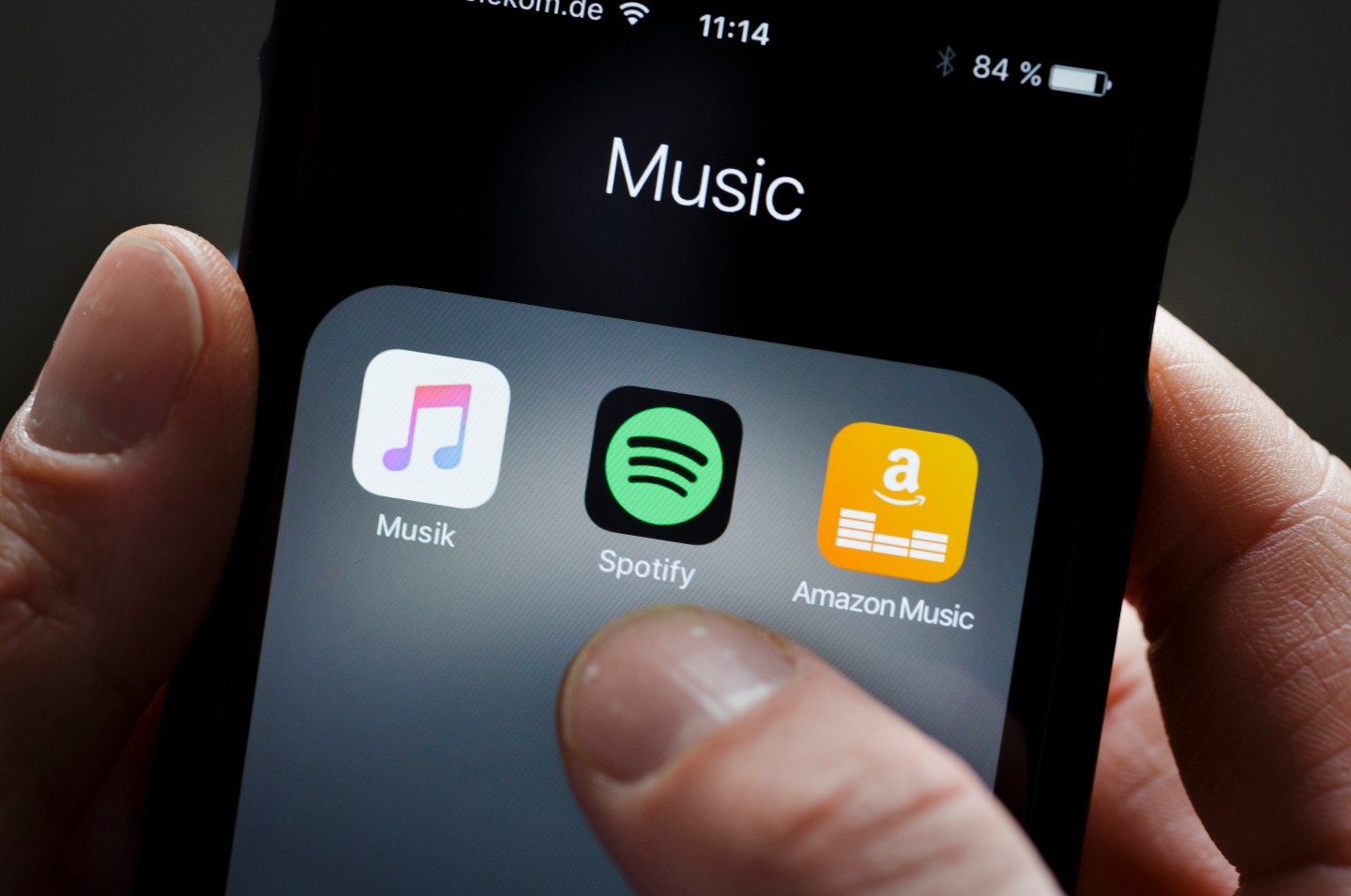 BERLIN, GERMANY - JANUARY 21: The Logo of streeming services Amazon Music and Spotify is displayed on the screen of a smartphone on January 21, 2016 in Berlin, Germany. (Photo by Thomas Trutschel/Photothek via Getty Images)
Thomas Trutschel—Photothek/Getty Images

Spotify said on Thursday it has reached 50 million paid subscribers, growing 25% in less than six months and extending the Swedish music streaming service’s lead over its closest rival, Apple @apple(AAPL)Music.

Spotify, which has not yet shown a profit as it spends to grow internationally, is considering a potential U.S. stock market listing, according to a February TechCrunch report.

The Stockholm based company announced a major expansion in New York in February.

Spotify, one of Europe’s most highly valued venture-backed startups, will move its New York office to the World Trade Center from the Midtown area of Manhattan, adding more than 1,000 new jobs.

Launched in 2008, Spotify had 40 million paid subscribers in September.

Apple, which launched its music service less than two years ago, had about 20 million subscribers in December.

In 2016, Americans used on demand streaming platforms, such as Spotify, to listen to 431 billion songs, Nielsen said in its U.S. year-end report.