A Meat-Free Burger Edges Closer to the Mainstream 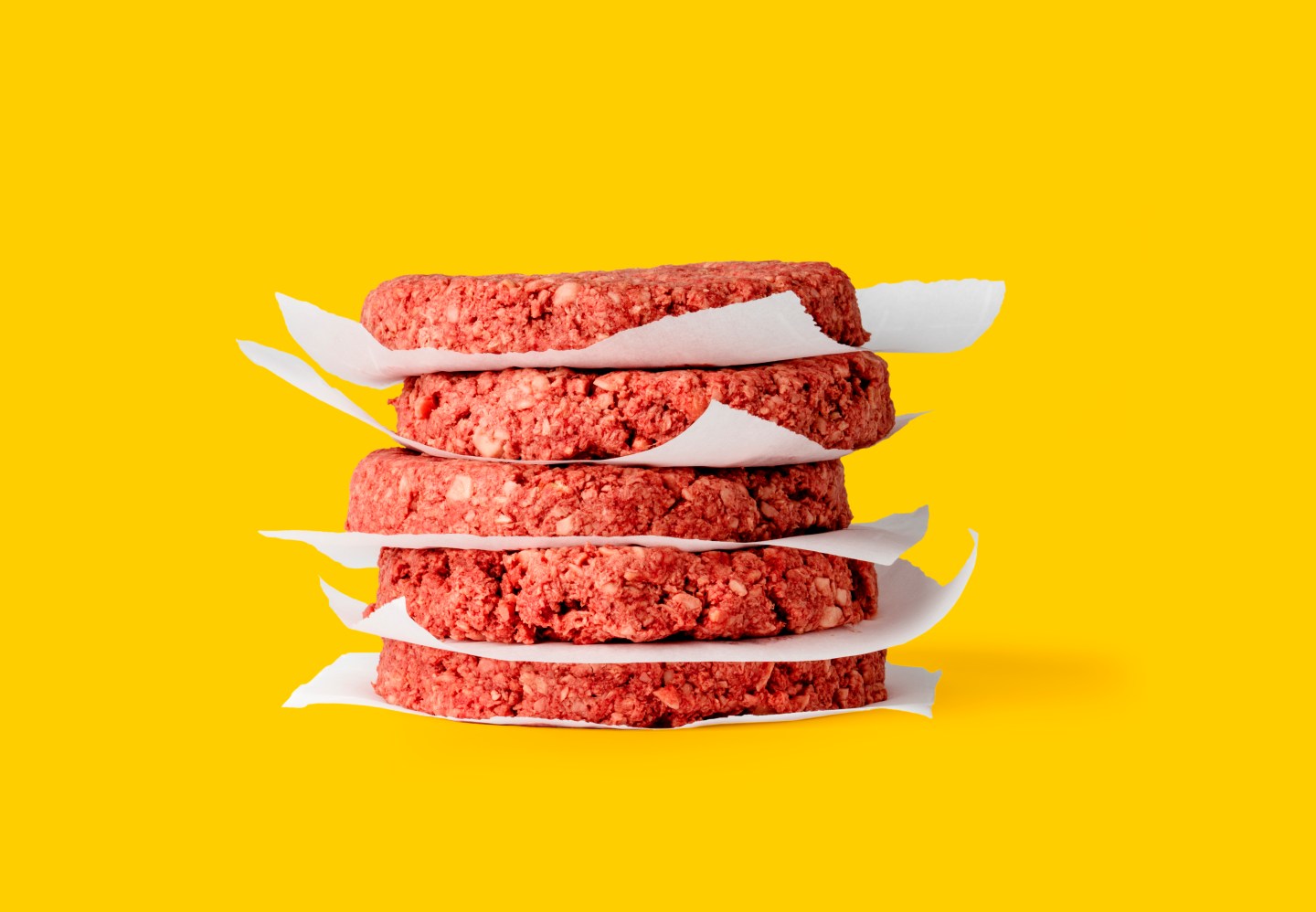 Since launching its product last year at renowned chef David Chang’s Momofuku Nishi restaurant in New York City, the startup has made its meat-free burger available at only a handful of primarily high-end restaurants. At these spots, including Michelin-starred PUBLIC in New York and Jardiniere in San Francisco, demand for the meat-free patty regularly outstrips supply.

But starting tomorrow, organic and all-natural burger joint Bareburger will offer the Impossible Burger at its location near New York University, marking the startup’s debut in a chain restaurant.

The meat-like alternative will start rolling out to other Bareburger locations (it has 43) as Impossible Foods ramps up production. Later this month the startup will open a plant in Oakland to expand its capacity.

The move is part of the six-year-old startup’s ambitions to scale. “An important part of our overall mission involves making the foods we create as wildly available to everyone in the world that we possibly can, as soon as we can,” says Impossible Foods founder and CEO Pat Brown.

Brown was previously a biochemist and professor at Stanford for 25 years before starting his company in 2011.

Bareburger CEO and co-founder Euripides Pelekanos said he was “totally blown away” when he first tried the burger. “When they cooked it and cut it open and bled like a medium-rare burger, I was 100 percent convinced that it would replace the way we look at beef and consume food,” he says.

Impossible Foods and its brethren of plant-based startups have set themselves apart from some of the vegetarian product companies of the past by their desire to appeal to consumers well beyond the vegetarian crowd. “Our mission was to provide the billions of people around the world who love meat and can’t imagine a life without it a new and better choice” that has a fraction of the environmental impact of meat, Brown says.

Since only a small percentage of consumers in the U.S. are vegetarians or vegans, this strategic decision opens up a much broader market to the company as meat-eating consumers increasingly look to cut back for health, environmental, or animal welfare reasons.

The Impossible Burger is “geared toward meat eaters,” says Pelekanos. “It’s not going to live as veggie burger on the menu. It’s going to live side-by-side with the beef burger.”

Brown said that the burger’s meat-like properties are “why some of the world’s most renowned chefs have chosen to put it on their menu.” Since the burger is made from plants, it has a much lighter environmental impact than meat—one-twentieth of the land and one-eighth of the greenhouse gas emissions compared to a burger made from a cow, the company says.

The Impossible Burger is a combination of protein from wheat and potatoes; culinary binders xanthan and konjac; fats from coconut oil; and flavors and aromas from vitamins, amino acids, sugars, and heme. Heme is what makes meat taste like meat—it looks like beet juice and naturally has iron. The molecule is found in the roots of nitrogen-fixing plants, but the company makes it by fermenting yeast, which it says is a more economically feasible and environmentally friendly option.

Bareburger is pricing the Impossible Burger at $13.95, the same as the other premium burgers on its menu, but still well above fast food and better burger chains like Shake Shack. Impossible Foods COO and CFO David Lee told Fortune that the opening of the Oakland plant will make its product “very competitive over time with traditional beef.” The plant, he says, is a “proof point in how our technology can be cost competitive.”

Impossible Foods has taken the approach of starting out in food service and restaurants, where it says about half of all ground meat is served. That’s in direct contrast to meat-free startup Beyond Meat, which launched its burger in the grocery aisle. But Lee didn’t put an expansion into supermarkets past the company, saying that while it was currently focused on restaurants, “there’s no reason we can’t choose to be everywhere.”