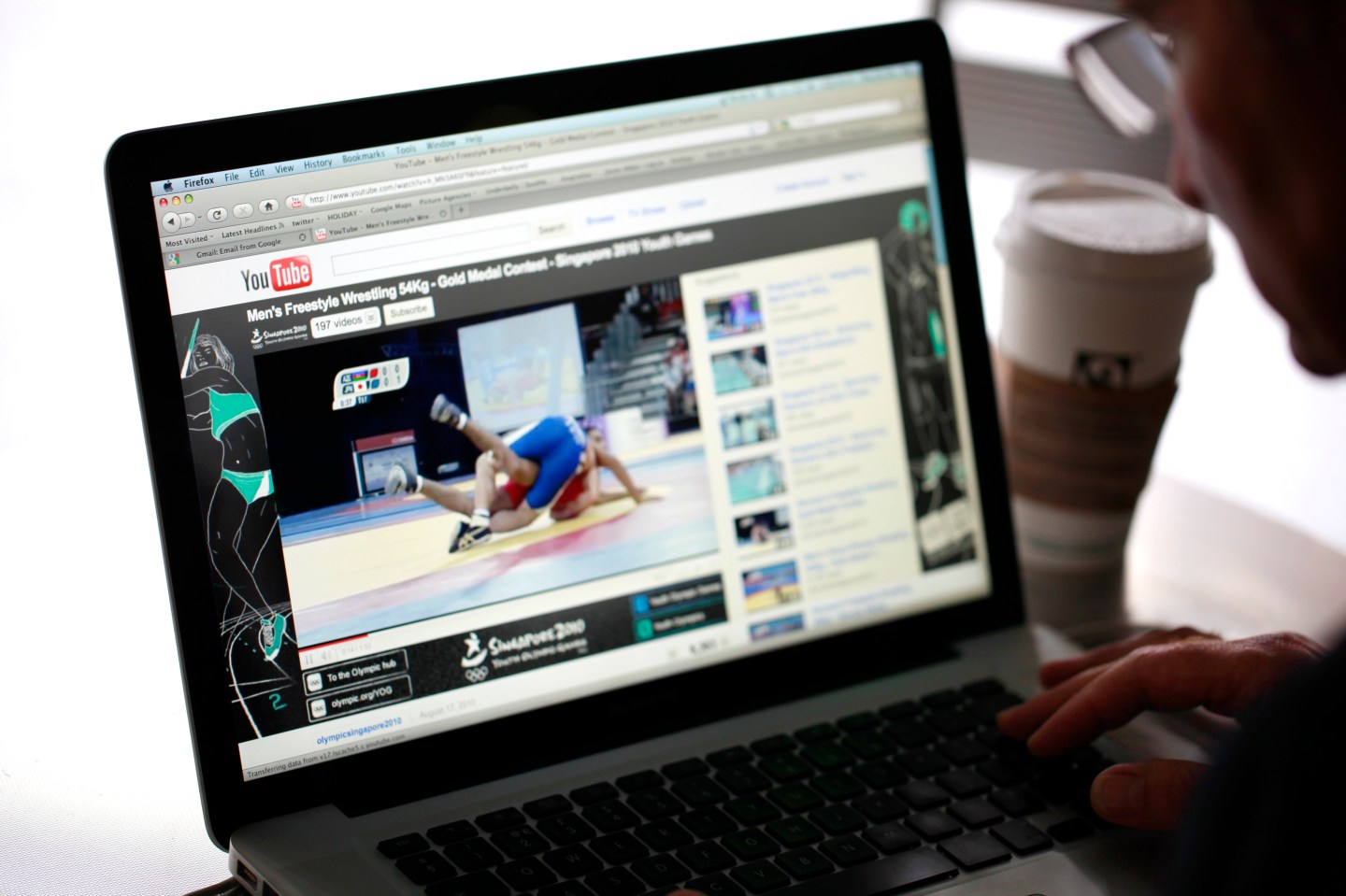 A businessman watches a video clip on Google Inc.?s YouTube website using an Apple Macbook Pro laptop computer made by Apple Inc., in this arranged photograph in London, U.K., on Thursday, Aug.19, 2010. Research In Motion Ltd. is turning to technology used in BMW audio systems and the Army?s Crusher tank as it tries to distinguish its new tablet computer from Apple Inc.?s iPad, said three people familiar with the plans. Photographer: Jason Alden/Bloomberg via Getty Images
Jason Alden—Bloomberg/Getty Images

Television had a good run, but it may be time to change the channel. With more than one billion hours of viewership every day, YouTube looks set to soon surpass TV as the most watched format in the U.S.

The Wall Street Journal reports that the online video platform has seen a 10-fold increase in viewership over the past five years, due in part to the use of artificial intelligence to predict user preferences and keep people tuned in.

An ever-expanding collection of content has also contributed to YouTube’s increased watch time, Neal Mohan, the company’s chief product officer, told the Journal. Some 400 hours of video are uploaded every minute, adding up to about 65 years worth of footage every day.

“The corpus of content continues to get richer and richer by the minute, and machine-learning algorithms do a better and better job of surfacing the content that an individual user likes,” Mohan told the Journal.

According to Nielsen data, American viewers watch about 1.25 billion hours of TV every day, and the figure is declining year-on-year. With YouTube viewership steadily on the rise, it’s only a matter of time before the Internet outpaces the tube.

In recent years, YouTube has put a lot of resources into experimenting with its AI algorithms to increase clicks, new users and watch time. YouTube harnesses a vast cache of user data to predict what viewers are likely to click on, and benefits from being embedded in search results on Google (GOOGL), its parent brand.