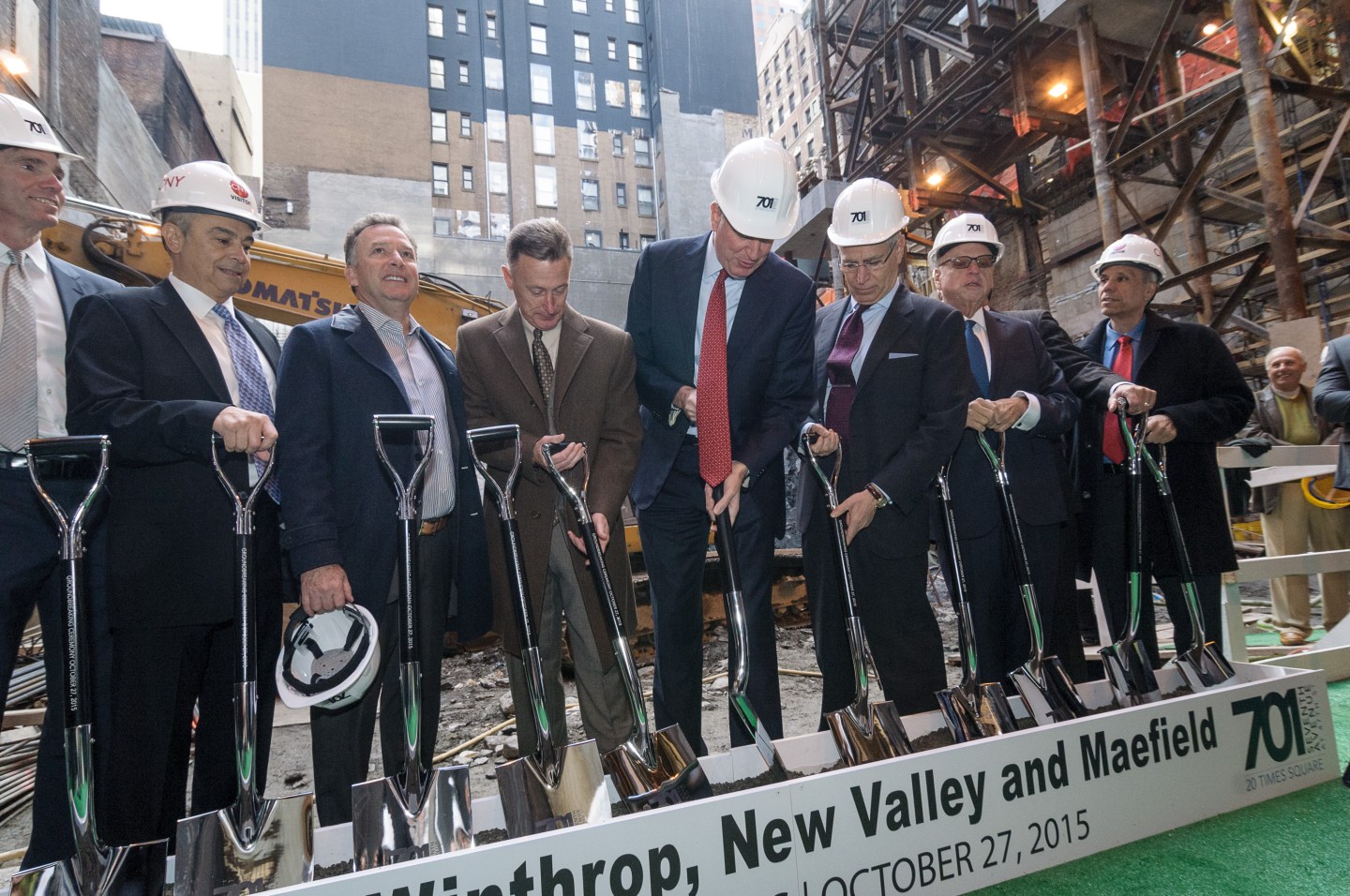 Repeal Dodd-Frank or admit that you’re satisfied with a miserable outlook for economic growth forever.

That’s not just the apparent opinion of Donald Trump, but also one of his oldest friends.

President Trump has already ordered an overhaul of the law, asking Treasury Secretary Steven Mnuchin and other regulators to axe any part of the 2,300 page law that cannot be proven to have boosted the economy. He has also asked the Labor Department to rescind a rule that was intended to force financial advisors to offer low-cost investment options.

But Steve Witkoff, a man who has known Trump for over 30 years and who contributed to his campaign last year, says that it’s about much more than a fiduciary rule here and a CEO pay ratio there. Witkoff says it’s about refusing to accept that the U.S. economy has permanently slowed to a level that any pre-crisis administration would have considered unacceptable.

“Dodd-Frank has effectively blocked out of the lending market those who need capital the most,” Witkoff said in an interview with Fortune.

Others have attributed the weakness of the recent recovery to a slowdown in productivity growth, as well as the severity of the financial crisis. Historically, recoveries after financial meltdowns tend to be slower. Business lending had picked up through early 2016 but has slowed in the most recent quarter.

Earlier this month, Trump said he expects “to be cutting a lot out of Dodd-Frank because frankly I have so many people, friends of mine, that have nice businesses and they can’t borrow money.”

Trump didn’t specify which friends he was talking about. Many of his associates haven’t seemed to have any trouble borrowing. And Witkoff is quick to point out that Trump wasn’t talking about him. What’s more, Witkoff stresses that he wouldn’t try to lobby Trump on the issue. “I don’t discuss policy with him, because that’s not the kind of thing friends do,” says Witkoff.

Nonetheless, like Trump, Witkoff is adamant that the problem is real. And in real estate, more than many businesses, reliable and friction-free access to credit is vital.

“Every single loan that I was looking to do from 2011 to 2014 was a challenge. They all involved personal recourse in some respect and it was very, very difficult to get capital, and that was for a person with a pristine track record,” he said. “If it was difficult for me, with my record, to clear investment committees, how difficult do you think it was for a young guy who had a good smart idea but who didn’t have a track record?”

Witkoff’s track record bears examination. Born the son of a ladies’ coat maker in the Bronx, Witkoff started out as a buyer of cheap office buildings in lower Manhattan in the mid-1990s. With considerable help from banks like Credit Suisse First Boston, he played that into an empire that has at times taken in the News Building, the Woolworth Building and the Shell-Mex house in London. He’s now putting the finishing touches to a mixed-use project in lower Manhattan that features luxury condominiums and a new hotel designed by Ian Schrager. (Schrager is better known as the former owner of the nightclub Studio 54, famously busted for its financial irregularities. He was formally pardoned by President Barack Obama in January.)

Witkoff dismisses the notion put forward by various members of the Federal Reserve’s top brass that the economy doesn’t need the kind of fiscal stimulus (in the form of tax cuts and spending increases) that Trump has promised. That’s the kind of reasoning, he says, that accepts that demographics and stagnating productivity will never allow the U.S. to grow by more than 1.8% a year, which is the rate that represents the Fed’s estimate of the U.S.’s medium-term growth potential.

“The patient is on the operating table, and he needs everything, the entire surgical team, in there,” Witkoff says, unconcerned by the prospect that the Fed may raise interest rates if the expected Trump stimulus causes inflation to rise.

“It’s not about the level of interest rates, it’s about the availability of capital,” he argues. “If I believed there was going to be 4% (growth), that would mean a lot more to me, and my willingness to risk my money, than a bank telling me that they were willing to lend to me at a low interest rate.”

Funnily enough, Federal Reserve Board Governor Neel Kashkari recently related a not dissimilar story on the opinion pages of The Wall Street Journal, in which he lamented all the bureaucracy involved in getting a home loan of his own.

Both Witkoff and Kashkari made the point that underwriting standards have tightened to a degree that no longer allow room for common sense, especially at smaller banks, many of whom had no part in the subprime scandal and the associated securities fraud.

But they differ sharply on what to do about it. Kashkari says a 20% capital requirement on the biggest banks would largely solve the problem. Witkoff calls that “insanity,” pointing out that bank clients (like him and his partners) already contribute capital that is typically wiped out first when things go wrong.

For sure, regulation isn’t the only cause of tight underwriting standards right now.

“Banks are self-regulating better than in 2007, not because of Dodd-Frank, but because of what happened” afterwards, Witkoff admits. And there are parts of the bill that he supports, such as those governing the clawback of bonuses from bank executives.

But it’s hard to make a case for allowing memory to take the place of regulation to any meaningful degree. Lending is a cyclical business. When the industry hits one of its periodic busts, the last thing it needs is new regulation that actively tightens the supply of credit, as Dodd-Frank and equivalent rules in Europe clearly did.

But by the same token, standards slip as traumatic memories fade. Each upturn sows the seeds of the next crisis. It is a constant balancing and rebalancing of risks. The task for Mnuchin and the Financial Stability Oversight Council will be to determine how much of Dodd-Frank it can cut without running too many. Or, in other words, how far it can accommodate entrepreneurs like Witkoff in the pursuit of growth, without putting taxpayers on the hook again the next time things go wrong.