How A Capitalist Should Tackle Climate Change 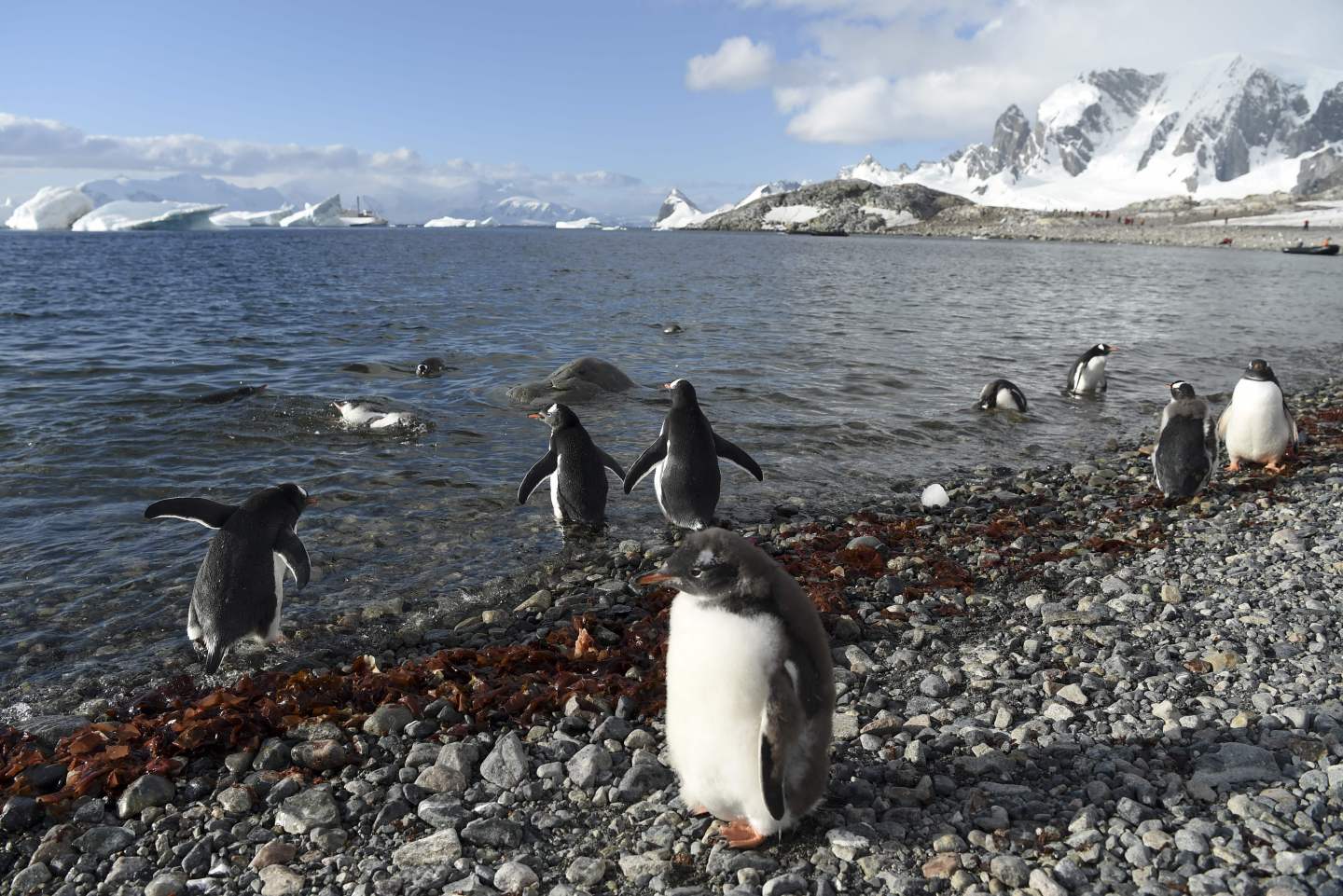 View of Gentoo penguins in Cuverville Island, in the western Antarctic peninsula on March 04, 2016. Waddling over the rocks, legions of penguins hurl themselves into the icy waters of Antarctica, foraging to feed their young. Like seals and whales, they eat krill, an inch-long shrimp-like crustacean that forms the basis of the Southern Ocean food chain. But penguin-watchers say the krill are getting scarcer in the western Antarctic peninsula, under threat from climate change and fishing. AFP PHOTO/EITAN ABRAMOVICH / AFP / EITAN ABRAMOVICH (Photo credit should read EITAN ABRAMOVICH/AFP/Getty Images)
Photo by Eitan Abramovich — AFP/Getty Images

The idea of using taxes to reduce pollution has long enjoyed widespread support among economists. Yet despite its impeccable economic logic, a tax on carbon has so far proven unpopular with the public and politicians alike. Why? The lack of short-term benefits is the primary culprit. It is inherently difficult to ask citizens to make sacrifices now for benefits (a safer climate) that will accrue to others in the future. But there is an easy, capitalist fix: return all the money raised directly to the people, thereby offering all Americans tangible benefits in the here and now.

In The Conservative Case For Carbon Dividends, my co-authors James Baker, George Shultz, Henry Paulson, Martin Feldstein, Gregory Mankiw, Tom Stephenson, Rob Walton and I propose a distinctly capitalist solution to climate change. Capitalism is a wonderful system, even though – like many operating systems – it suffers from an occasional bug. The most significant is that market prices fail to take social and environmental costs into account, which explains why greenhouse gas emissions have reached dangerous levels. The obvious remedy is taxing pollution. Indeed, our solution boils down to getting the price signals right, and the government out of the way.

Our statement should put to rest several myths that impede a more ambitious and coherent American climate response. First, it shows that Democrats have no monopoly of concern about protecting our climate. Contrary to the easy characterization of Republicans as climate deniers, many Republican leaders take seriously the risk of climate change, and a good number are looking for the right opportunity to orchestrate a collective climate jailbreak.

Second, much of the Republican resistance has not been about the ends of climate policy, but rather about the means. Here the Democratic left deserves part of the blame for the extreme polarization of climate politics in America. Not only have they long espoused heavy-handed regulation as their preferred climate remedy, but they refuse to acknowledge the legitimate conservative concerns about the growth-inhibiting effects of this regulation, and the risks it poses to the competitiveness of American firms.

The self-inflicted wounds of the environmental-left run deeper still. Take, for instance, the pronouncements of Naomi Klein, one of the movement’s celebrity authors. In her recent book, This Changes Everything: Capitalism vs. The Climate, she literally calls for “de-growth” and an overthrow of the capitalist order to save our climate. This message is so fundamentally at odds with the prevailing conservative worldview, it is little wonder why many Republicans are tempted to question climate science.

Our plan is based on four inter-related components: a) a gradually rising carbon tax; b) whose proceeds are returned to the American people in the form of monthly dividends; combined with c) border carbon adjustments to level the playing field, protect the competitiveness of American firms and encourage other countries to follow suit; and d) the elimination of most Obama-era carbon regulations, which are no longer necessary upon adoption of a significant carbon tax, whose longevity is assured by the popularity of dividends.

This program, built on the bedrock principles of free markets and limited government, offers the GOP its best opportunity in years to showcase the power of enduring conservative convictions. Beyond providing a far more cost-effective climate solution, our carbon dividends plan would strengthen the economy and the competiveness of American firms, shrink the size of government, help working-class Americans and promote national security. Indeed, this may be the only new policy capable of ticking every one of President Trump’s stated objectives at once.

What is sure to create the most cognitive dissonance among Democrats is that this plan would achieve nearly twice the carbon emissions reductions of all Obama-era climate regulations combined. That is the conclusion of a separate analysis published by the Climate Leadership Council, which finds that a carbon tax starting at $40 per ton, by itself, could meet the high-end of America’s commitment under the Paris climate agreement.

Another head-turner is that the bottom 70% of Americans would be economically better off under a carbon dividends program (according to the Treasury Department), because the wealthy tend to have larger carbon footprints. Here, then, is a novel strategy to respond to the economic anxiety experienced by so many Americans, without threatening the engine of growth. This offers, in other words, a happy meeting place between capitalism and populism.

The appeal of the carbon dividends solution is hardly limited to America’s shores. To the contrary, it could prove a particularly good fit in post-Brexit UK, which will soon have far more latitude in climate policy when it exits the eurozone. Prime Minister Theresa May has also made it clear that she wants to promote more inclusive forms of economic growth, while maintaining Britain’s ambitious carbon reduction commitments. Our solution is tailor-made to accomplish this.

China may also be a good candidate, especially now that it is experimenting with various carbon pricing mechanisms. In addition to the priority it is placing on clean energy and pollution reduction, the People’s Republic of China urgently needs to transition to a consumer-led economic development model. Little could do more to fuel both transitions than providing a regular carbon dividends check to every Chinese citizen.

The world has long been waiting for the “Killler App” of climate policy. This is the best candidate yet, because it harnesses the full power of the marketplace and enables all leading factions to claim an important victory.

Ted Halstead is founder, president & CEO of the Climate Leadership Council, and co-author of the book, The Radical Center: The Future of American Politics.