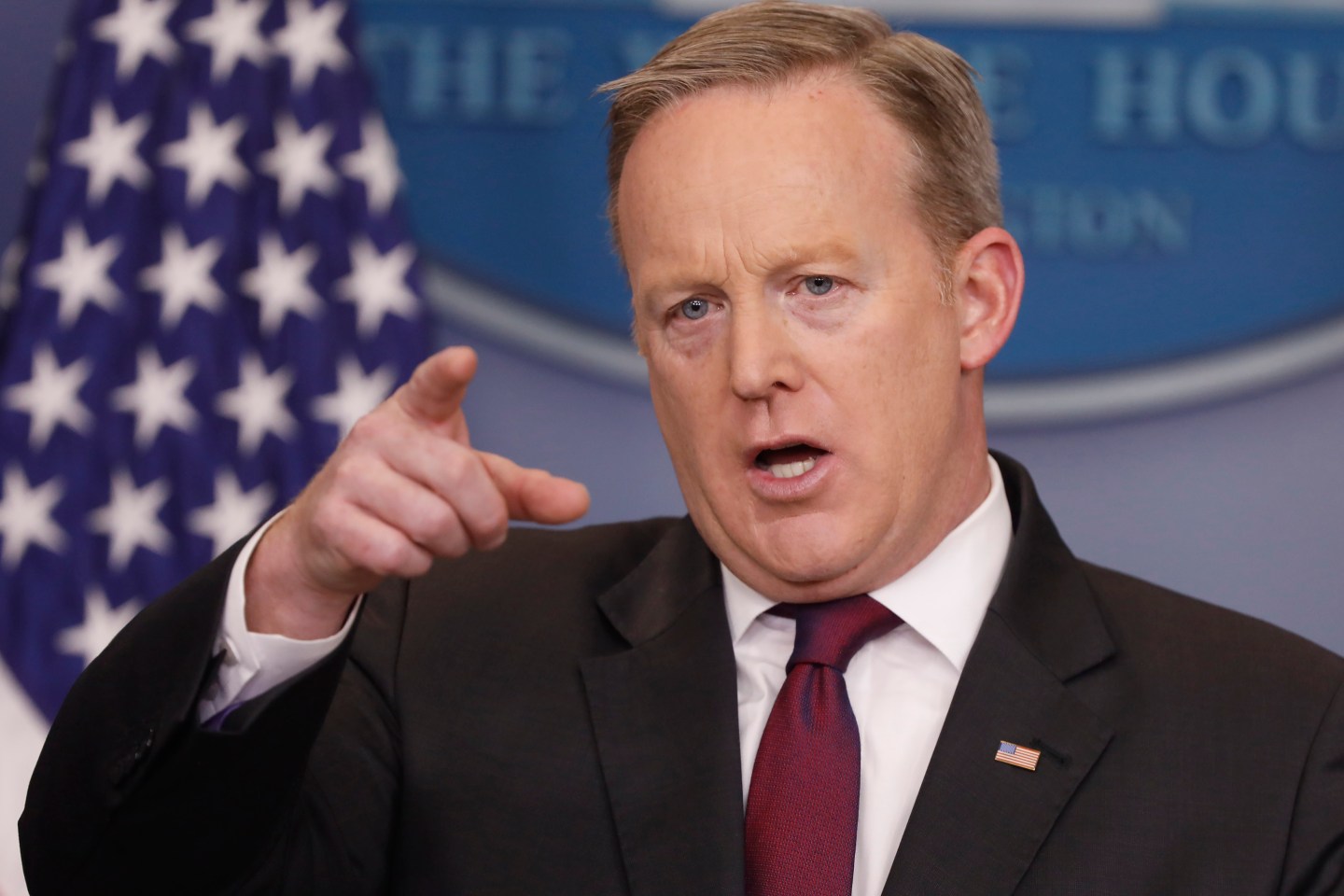 Donald Trump’s administration may have just thrown a wrench into the plans of the fast-growing legal recreational marijuana industry.

White House Press Secretary Sean Spicer said in a press conference on Thursday afternoon that he expects to see “greater enforcement” of federal marijuana laws in states that have legalized the drug for recreational purposes. There have been questions about how the new administration will handle the issue of marijuana legalization ever since Trump announced Jeff Sessions as his pick for U.S. Attorney General. Sessions, who was confirmed as Attorney General and now heads the U.S. Department of Justice, has spoken out against marijuana legalization in the past.

In the press conference on Thursday, Spicer made a clear distinction between the White House’s views on medical marijuana versus recreational pot. Spicer also indicated that the DOJ will eventually have more to say on the matter. “I think that’s a question for the Department of Justice,” Spicer said. “I do believe you’ll see greater enforcement of it. Because again there’s a big difference between the medical use… that’s very different than the recreational use, which is something the Department of Justice will be further looking into.”

Marijuana is illegal under federal law, but so far eight states and the District of Columbia have legalized the drug for recreational use, while 28 states in total have legalized medical cannabis. The legal marijuana industry is estimated to have seen more than $6 billion in revenue across the U.S. last year, and that number is forecasted to reach anywhere from $20 billion to $25 billion by 2020. Under President Barack Obama, the Justice Department mostly treated marijuana legalization as a states’ issue, though Sessions could easily reverse that course as the current Attorney General.

While campaigning for the White House, Trump voiced support for legal medical marijuana and Spicer echoed that support on Thursday, noting that the president sees its benefits in treating various types of pain and illnesses. However, Spicer then signaled that the White House sees recreational pot very differently, with the press secretary even attempting to link recreational use of the drug to the abuse of opioid drugs across the U.S. (In fact, there has been little scientific evidence linking marijuana legalization to opioid use, with some studies actually showing a decrease in opioid overdoses in states where legal marijuana is available.)

During his Senate confirmation hearings last month, Attorney General Sessions was relatively coy when asked how he would enforce federal drug laws in states where marijuana is legal in some form. “It’s not so much the attorney general’s job to decide what laws to enforce,” Sessions said. On Thursday, a DOJ spokesman declined to comment on Spicer’s statements when contacted by Fortune.

Also on Thursday, Quinnipiac University released a new poll showing that 71% of American voters—including 55% of Republican voters—say they oppose the government enforcing federal laws banning marijuana in states that have already legalized the drug for either medical or recreational purposes. The poll also showed that 59% of voters support full legalization of marijuana across the U.S., while 93% support medical marijuana.