No, Oxford University Isn’t Moving to France Because of Brexit 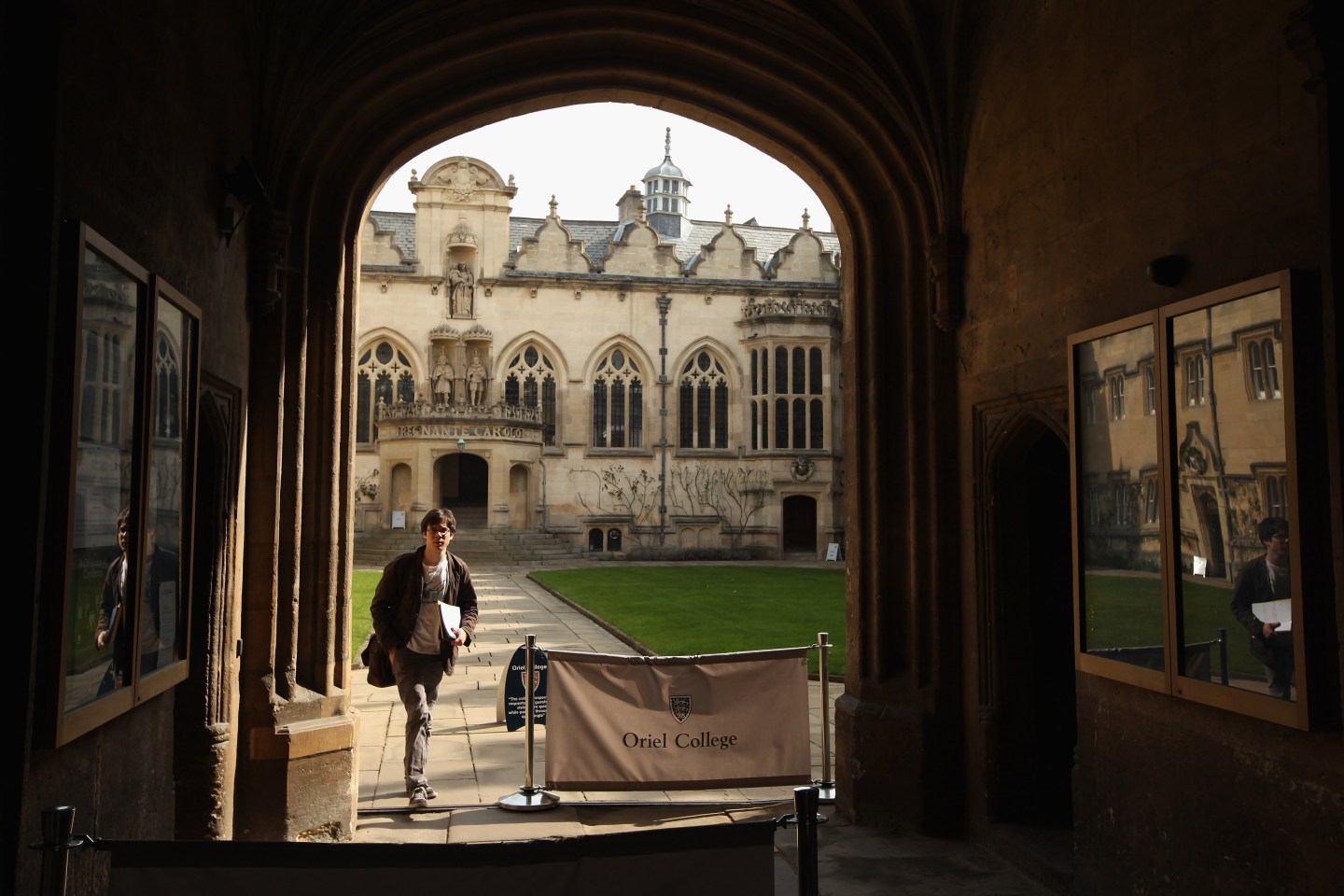 Higher education institutions across the U.K. are grappling with how to deal with Britain’s impending split from the European Union. Brexit threatens to cut off European Union research funding and constrict the flow of EU students, who—at many schools—make up a vital chunk of enrollment.

Oxford University announced on Monday that it’s ruling out at least one option: a satellite campus in Europe.

The Daily Telegraph reported Monday morning that the storied institution was mulling a break with its centuries-old tradition by opening a campus in Paris. But reached later on Monday, Stephen Rouse, head of news and information for Oxford, told Fortune flatly: “We’re not going.”

“The university has received several constructive and helpful proposals from European colleagues since the Brexit vote,” Oxford said in a statement, but it is “not…pursuing the model of a campus overseas.” The Telegraph had reported that French officials met senior staff at Oxford last week to propose a satellite base in Paris that could—potentially—guarantee Oxford future EU funding.

As the Brexit referendum approached this spring, one of the communities that was especially fearful of a “leave” vote was university and college leaders. Some 103 of them signed a letter published in the Sunday Times of London in February last year that said leaving the EU “would mean cutting ourselves off from the unique support and established networks and would undermine the U.K.’s position as a global leader in science, arts, and innovation.” Oxford’s Vice Chancellor Louise Richardson was among those who signed.

Besides losing access to research funding, higher ed leaders were worried that a Leave vote would trigger a hike in tuition fees for EU students who currently pay the same rate as U.K. students and that the higher cost could serve as a deterrent. As things stand, those fees have got considerably more affordable for European students, thanks to the pound’s 14% slide against the euro since the end of 2015, due overwhelmingly to Brexit.

Another concern was that leaving the EU would send a signal that the U.K. is a closed-off, small-minded nation—a reputation that could turn off the larger international student community.

European outposts are considered a possible solution to some of these problems, since they could help U.K. universities maintain European partnerships and aid in the recruitment and retention of EU-based students and staff.

In September, the Guardian covered the trend of U.K. universities “window-shopping” for satellite campus and said that institutions were favoring the Republic of Ireland, Finland, and the Baltic states as possible options.

Schools may still plant flags outside the U.K. to bypass the effects of Brexit, Oxford just won’t be one of them. When reached by Fortune, Rouse would not disclose how else Oxford might counteract Brexit’s consequences. He would only say that the university has appointed a chancellor for Brexit–Professor Alastair Buchan got the job in December—and that it’s still determined to “make sure we still have access to research funding that we currently do.” He reiterated that that will “absolutely not [happen] via an overseas campus.”