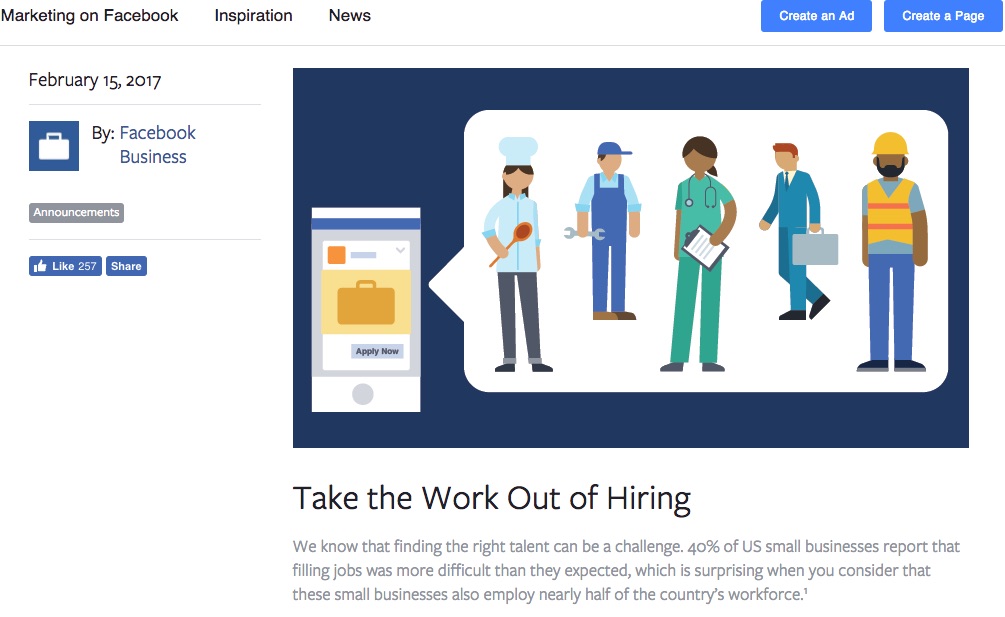 Facebook’s decision to add job postings to its popular social network jarred some of its users, who view it as a hub for personal networking, party pictures, and finding old high school friends.

The consensus opinion (by no means a scientific finding) gleaned from a dozen or so colleagues, industry sources, and friends was that they prefer to keep their business and personal lives separate when it comes to online networks.

These Facebook users say they keep their most-recent work affiliations updated on LinkedIn, the business-focused social network now owned by Microsoft (MSFT), and most said they are careful to maintain that separation of their personal and work personas.

A few also cited the increasingly polarized political situation in the United States as one reason they do so. (If you rant about one candidate or another on Facebook, now you could end up alienating a prospective employer.)

Paula Hunter, executor director of NFC Forum, an industry group, called the Facebook Business push into job posting a mistake. Hunter thinks both Facebook (FB) and LinkedIn should stay in their respective lanes.

“I think it’s a bad step. Facebook has already lost a lot of younger users and a lot of engineers. I have hated the increased social chatter on LinkedIn, which is strictly business for me,” she notes.

And yet, a vocal slice of respondents said they will give Facebook a shot. Wendy White, chief marketing officer of Iovation, a Portland, Ore.-based tech company, says she will check it out.

“I don’t think this is about Facebook exposing your posts or personal data,” White says (via Facebook Messenger). “It’s simply using their platform and insights about you to serve relevant ads. Say I check into a PHP conference, post about dev-ops, and I’m in the network of a software company. Boom! Facebook will serve me a targeted job.”

(For reference, PHP is a software language, and dev-ops is an industry term for a modern way of building and deploying software.)

“It may be easier to reach developers on Facebook than on LinkedIn,” she says, explaining that while LinkedIn is great for filling non-technical positions, it is not always effective in finding software developers and engineers.

Paul Santinelli, a partner at venture capital firm North Bridge Venture Partners, is also open to the new jobs posting. “The number one priority of recruiting is prospect reach. Number two is relationships with prospects within that reach so Facebook seems like a logical place to recruit,” Santinelli says, via email. “Now, what types of jobs? I wouldn’t use it for executive recruiting, but for skilled workers? Sure.”

When it comes to reach, as of December, Facebook claimed about 1.86 billion monthly active users. LinkedIn, on the other hand, has approximately 467 million registered members.

But just how many of those active Facebook users actually list their professional affiliation or use it for business purposes is unclear.