Protesters Shouldn’t Toss Around The Word “Strike” So Lightly 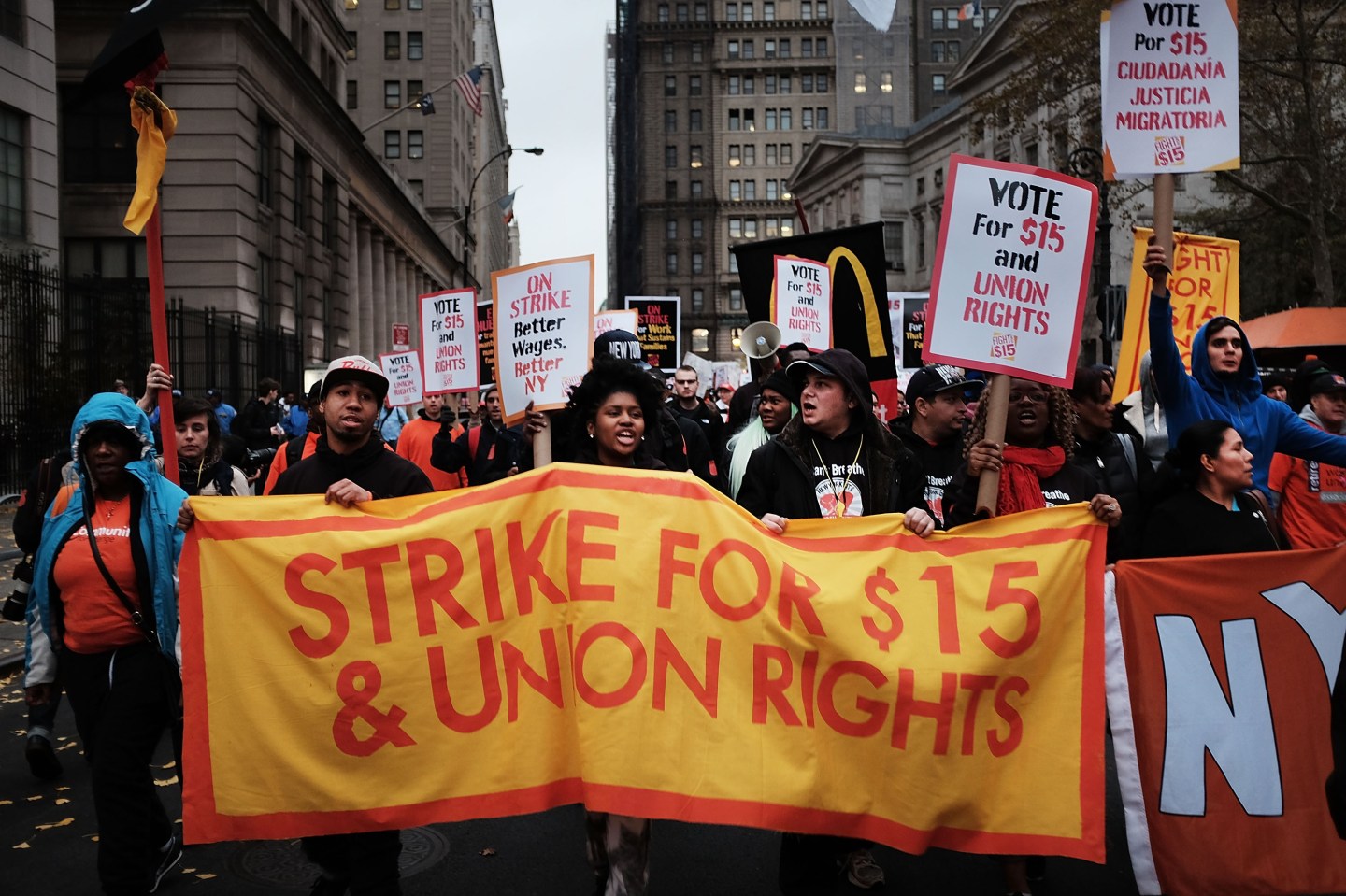 Grassroots activists have declared a “general strike” for Friday, vowing not to show up to work or shop as a way to express their opposition to a host of Trump administration policies.

As someone who has proudly participated in several anti-Trump protests and marches, I have no doubt that this is a well-intentioned effort. But as a student of labor history, I worry that it’s misguided—and could unintentionally hurt low-wage workers.

It’s hard to know exactly where the cry for a general strike bubbled up from, though some credit a piece that novelist Francine Prose wrote late last month in The Guardian in which she advocated designating “a day on which we truly make our economic and political power felt.”

And while the “strike” seems likely to engage tens of thousands of participants at best—and not hundreds of thousands or millions—it is indeed gaining some momentum. Strike4Democracy has counted more than 100 groups across the country that say they’re going to take part. And earlier this week, those behind the colossally successful Women’s March officially endorsed these activities.

Strike4Democracy, which is poised to follow Thursday’s “Day Without Immigrants,” is not without noble aims (though it does suffer from a lack of focus). Organizers say they want to make clear to the White House and Capitol Hill that they must “stop the authoritarian assault on our fundamental, constitutional rights;” “stop attacking and victimizing women, Muslims, immigrants, racial and ethnic groups, the LGBTQ+ community, working families, journalists, and all who offer criticisms of the administration’s policies, including the U.S. judicial branch”; and “realize that America’s true strength lies in the values of inclusivity not exclusivity.”

But here’s the problem: What’s being planned to address these issues isn’t really a “general strike”—a tactic last used by organized labor in 1946 in Oakland, Calif., and then technically made illegal under the Taft-Hartley Act. In fact, this isn’t a “strike” in any way, shape, or form.

Unions and other major workers’ initiatives, such as Our Walmart and Fight for $15, are notably absent from Strike4Democracy. And without their involvement, there are two likely scenarios for Friday. One is that only those who can afford to skip a day of work will do so, leaving out working-class folks who should be at the heart of this struggle. Strike4Democracy actually seems to be inviting this outcome, instructing people: “Don’t Work (If you can).”

Another possibility is that some from the working class will choose to join in and—without a massive presence or the protection of organized labor—be vulnerable to losing their jobs or otherwise incurring retribution from their employers.

“When you strike, it’s really risky,” says Dorian Warren, a fellow at the Roosevelt Institute and president of the Center for Community Change Action, which seeks to empower low-income people.

Strike4Democracy’s call to “not purchase anything” is also rash. After all, it’s difficult to imagine that enough wallets will be shut to have any significant effect on the nation’s $19 trillion economy.

And what if, somehow, it does have an impact? Such a broad-brush approach makes no distinction between a Starbucks (with its anti-Trump stance) and a Carl’s Jr. or Hardee’s (led by Andy Puzder, who was nominated to be President Trump’s Labor Secretary until he withdrew under fire this week). Is that fair? Targeted boycotts, such as the one waged against Uber, are surely more effective.

Michelle Rodino-Colocino, a media studies professor at Penn State and one of Strike4Democracy’s chief organizers, says that Friday should be thought of as “a practice run . . . a stepping stone to bigger things.” Among them: additional actions on March 8, which is being billed by the organizers of the Women’s March as “A Day Without a Woman,” and on May 1—May Day—when labor unions plan to rally as well.

Yet this is a little too cavalier.

“To go out on strike is not an easy decision,” says Alma Hernandez, the executive director of SEIU California, which represents some 700,000 healthcare aides, janitors, security guards, and other workers. For those putting themselves on the line, “there’s always a lot of anxiety around what to do. It’s not something that should be taken lightly.”

Some may argue that criticizing Strike4Democracy for appropriating the word “strike” is too persnickety. But language is important. History is important. The rights of labor, for which courageous men and women spilled their blood, are important.

And the strike itself—a weapon that has become difficult for labor to wield as it has been badly weakened over the past 40 years—is too important to treat as a catchphrase, even by those whose hearts are in the right place.