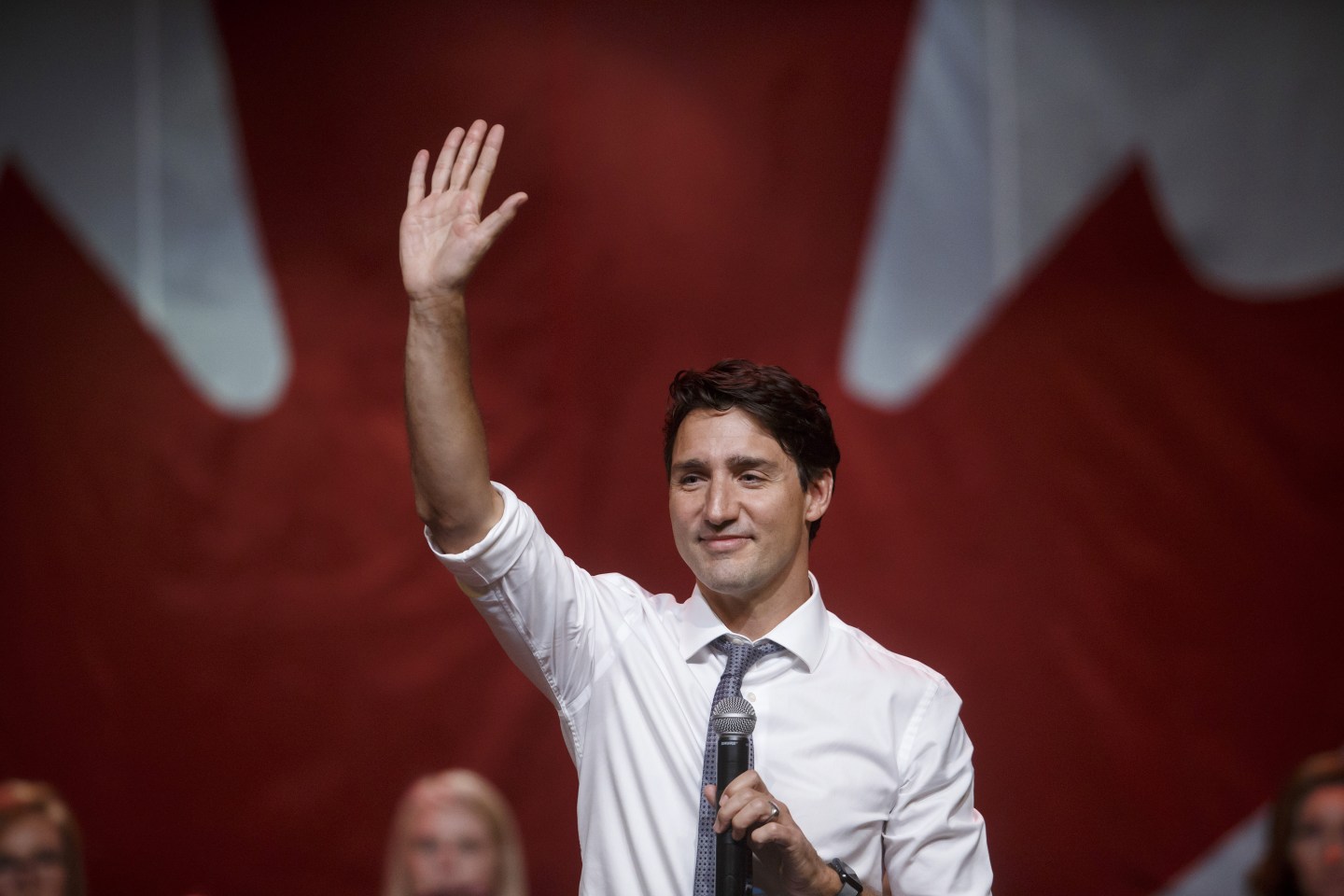 The leaders are slated to hold bilateral talks, followed by a roundtable discussion with female executives, a private lunch and a joint press conference, according to an itinerary detailed on the Canadian Prime Minister’s website. Trudeau will then meet with House Speaker Paul Ryan and Senate Majority Leader Mitch McConnell.

Trump and Trudeau are expected to talk about trade, security and borders, amid Trump’s pledge to renegotiate the North American Free Trade Agreement (NAFTA) — which could hurt Canada’s economy, Reuters reports.

“The President looks forward to a constructive conversation and strengthening the deep relationship that exists between the United States and Canada,” White House Press Secretary Sean Spicer told reporters on Feb. 9. Monday’s meeting will be the third official visit from a head of government to the White House. Trump is due to meet Israel’s Prime Minister Benjamin Netanyahu on Wednesday.

Watch Trump and Trudeau’s live press conference above, scheduled to start at about 2 p.m. ET.