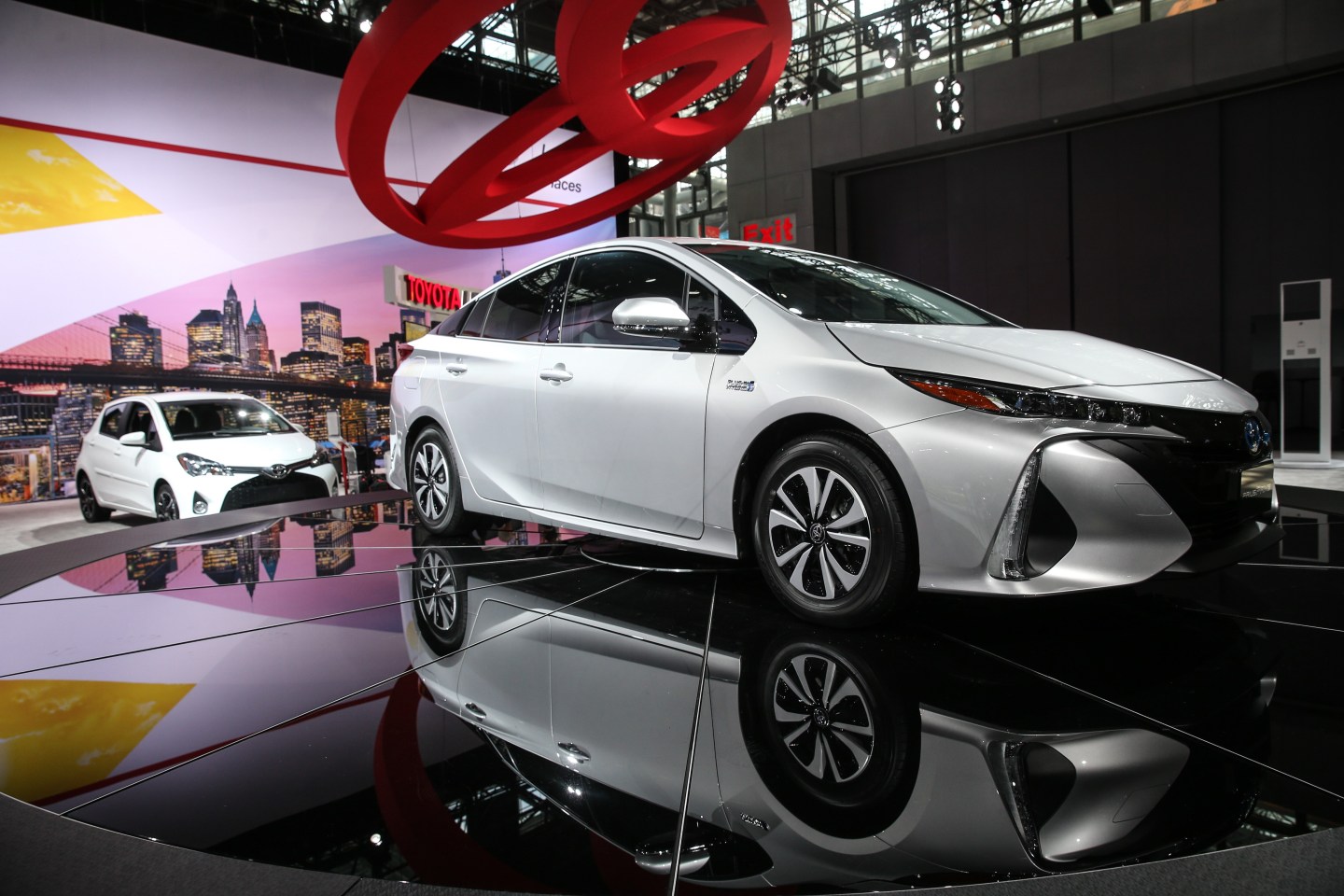 NEW YORK, NY - MARCH 24: A Toyota Prius Plug-in Hybrid model car is on display during the 116th New York International Auto Show at the Javits Convention Center in Manhattan, New York on March 24, 2016. Nearly 1,000 cars and trucks will be on display at North Americas first and largest-attended auto show dating back to 1900. (Photo by Cem Ozdel/Anadolu Agency/Getty Images)
Photograph by Anadolu Agency/Getty Images

As Donald Trump is now in office as America’s new president, it’s worth reminding the world that if his administration does indeed roll back regulations supporting clean vehicle technology, that does not mean that the progress will halt completely. The rate of improvement is what matters the most. There’s a way to balance clean energy with the needs of consumers, automakers and governments.

The automotive industry has made progress towards a cleaner, more energy-efficient world. In the last decade alone, suppliers, manufacturers, government regulators and consumers have cooperated in unprecedented ways to ensure the vehicles we drive every day are cleaner and more efficient. One example is agreement on long-term fuel economy standards that provides the industry time to plan, make long-term business decisions and gives consumers a wide variety of vehicles that are increasingly more fuel-efficient. We should all work to continually build on this momentum.

In order to make the biggest positive impact on the environment, new technologies need to make their way into the mainstream quickly in a meaningful way — not in piecemeal, but in high volume. The technology can’t be too advanced; too expensive or force consumers to compromise. This would turn them off and push them to delay their purchase. It is also not acceptable for the technology to be transparent and affordable, but make little improvement. It has to be just right.

The U.S. Federal regulations that have to be “just right” are called CAFE (Corporate Average Fuel Economy), which determine the required rate of light-vehicle fuel economy and CO2 improvement through 2025 and are currently being debated. The debate must factor in costs and how likely consumers are willing to adopt new vehicles into their daily lives. It cannot be a decision based purely on what technology is available, which could set the rate too high. Nor can it be decided on a general notion that less regulation is good, which could disconnect us with the standards being pursued across the world. It is in the best interest of all those involved in the debate – automakers, industry groups and the administration — to harmonize U.S. discussions with what’s happening around the globe in order to efficiently make the biggest positive impact on the environment.

I believe there is a universal desire for clean, energy-efficient vehicles. While we cannot predict the future of CAFE regulations in the United States, our hope is that we embrace the progress we’ve made and work together to balance consumer demands with environmental needs. Focusing on the proper rate of improvements that result in high-volume technology solutions on the road quickly is good for consumers, the industry and the environment.