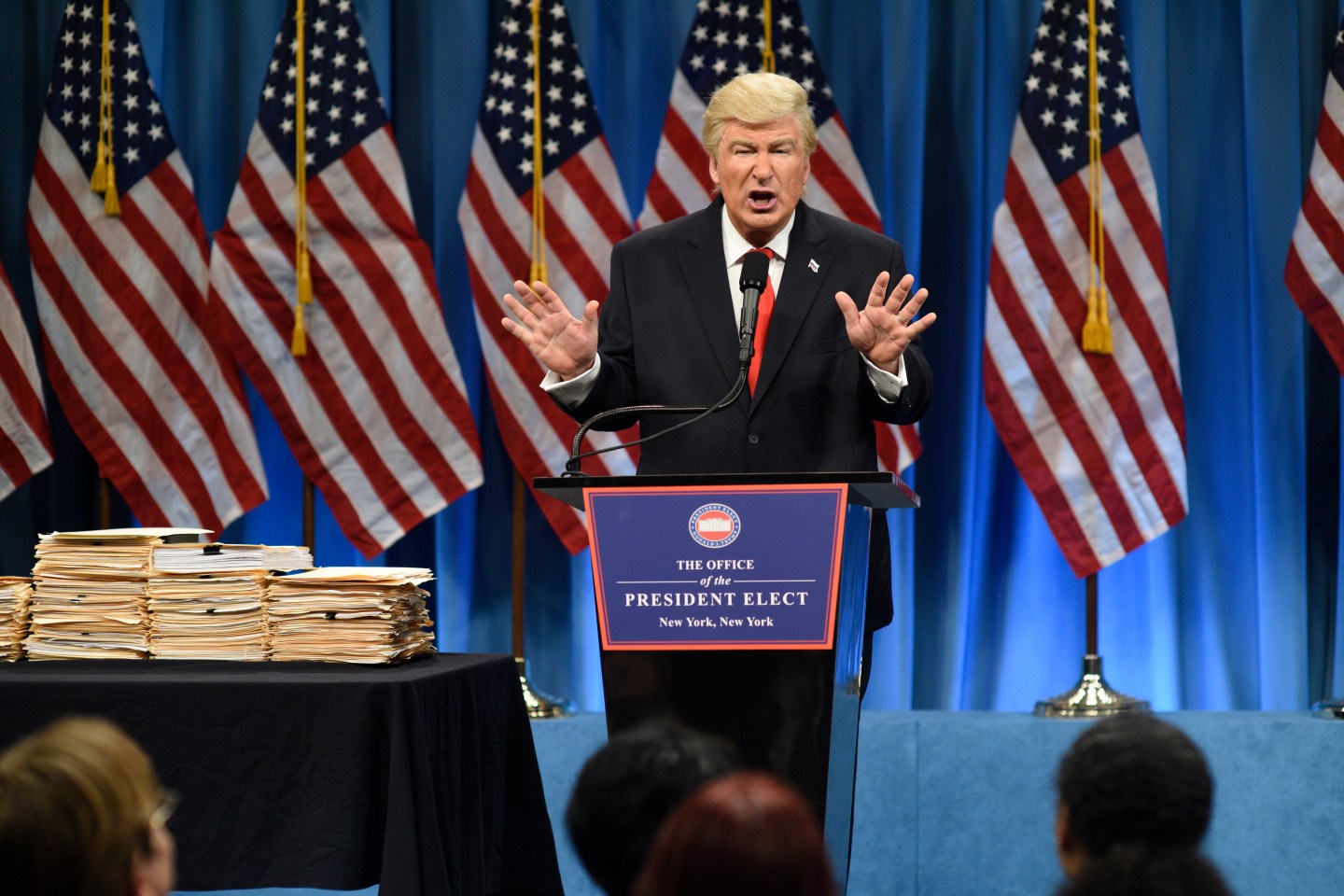 The sketch comes after the real President Trump tweeted that he would “SEE YOU IN COURT” after a federal appeals court upheld the suspension of his controversial executive order that bans immigrants from seven Muslim-majority countries from entering the U.S. for 120 days, and bars Syrian refugees indefinitely.

“Mr. Trump, you understand this is a TV court, right?” asks the judge, played by Cecily Strong.

During the skit, Baldwin’s Trump demands both a reinstatement of his travel ban and $725 in compensation from the judges who he believes wronged him.

Shortly after, Beck Bennett once again shows up as a shirtless Vladimir Putin in order to defend Baldwin’s Trump, who introduces him as “someone who’s known me for years, he’s family, he’s an incredible person with impeccable credentials.”

“This man is a great friend. He’s my little American Happy Meal. He’d do anything for you. Go against his own country just to make you happy,” says Bennett’s Putin.

Watch the full sketch above.