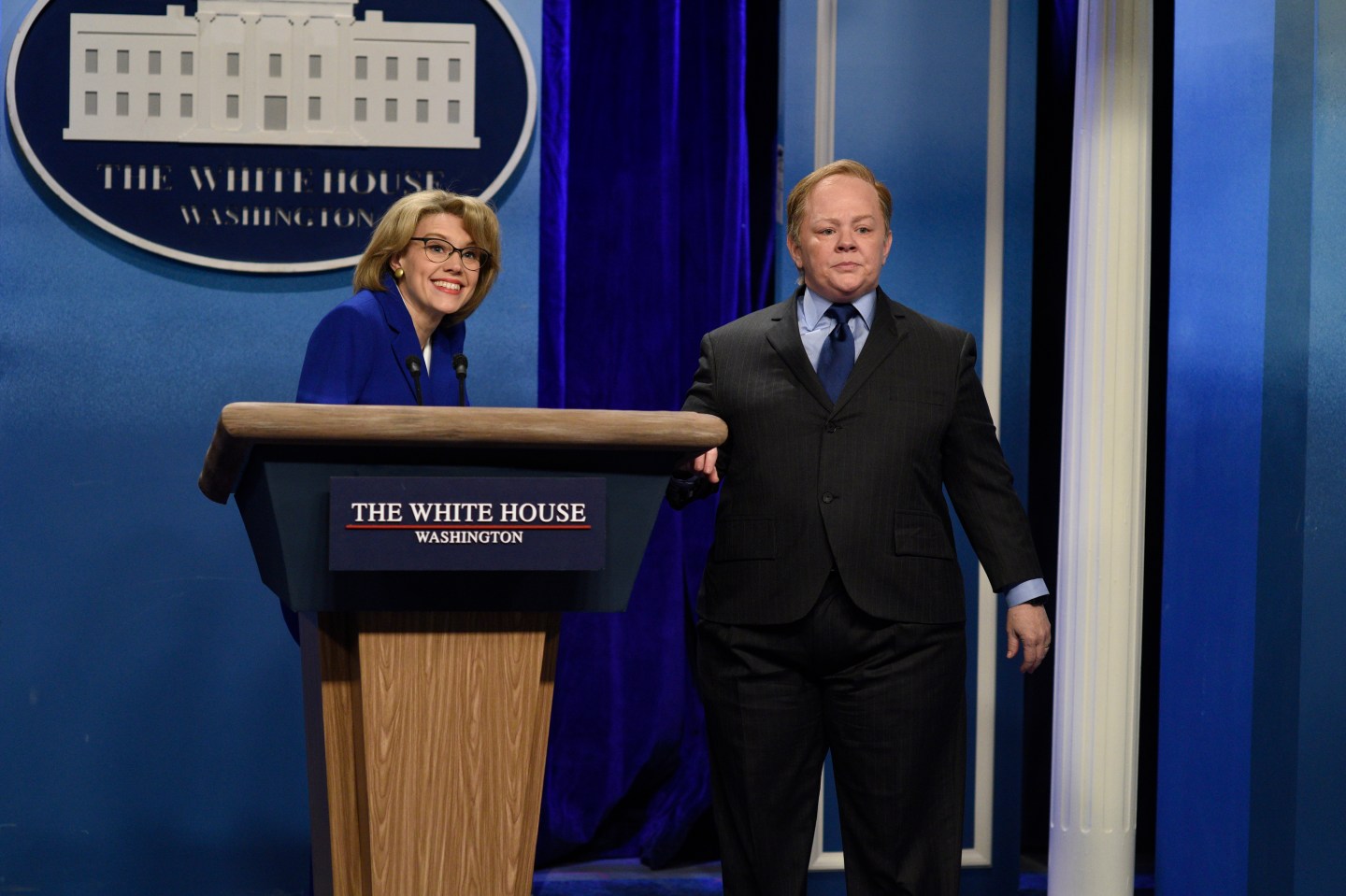 Kate McKinnon’s Kellyanne Conway really wants to be on the news.

In a Saturday Night Live parody of the movie Fatal Attraction, McKinnon’s Conway shows up at the apartment of CNN anchor Jake Tapper (played by Beck Bennett). In the skit, she begs to be “a part of the news again” after she was banished for talking about the made-up Bowling Green Massacre.

“Jesus, Kellyanne, what the hell are you doing here?” Bennett as Tapper says, after being startled by her presence.

“I just want to be a part of the news, Jake,” she replies.

“This is how you do it? By breaking into my apartment?” Bennett’s Tapper replies.

“Well, what was I supposed to do? You weren’t answering my calls. You changed your number. I’m not going to be ignored, Jake!” McKinnon as Conway says.

“You don’t get it, Kellyanne. You made up a massacre, we can’t have you on,” Bennett as Trapper says.

McKinnon’s Conway then tries to “seduce” Trapper, saying that she misses the news and wants to “feel that hot, black, mic pressed up against my skin.” Then, in a true Fatal Attraction turn of events, McKinnon’s Conway begins threatening Trapper to get what she wants.

Watch the full sketch above.