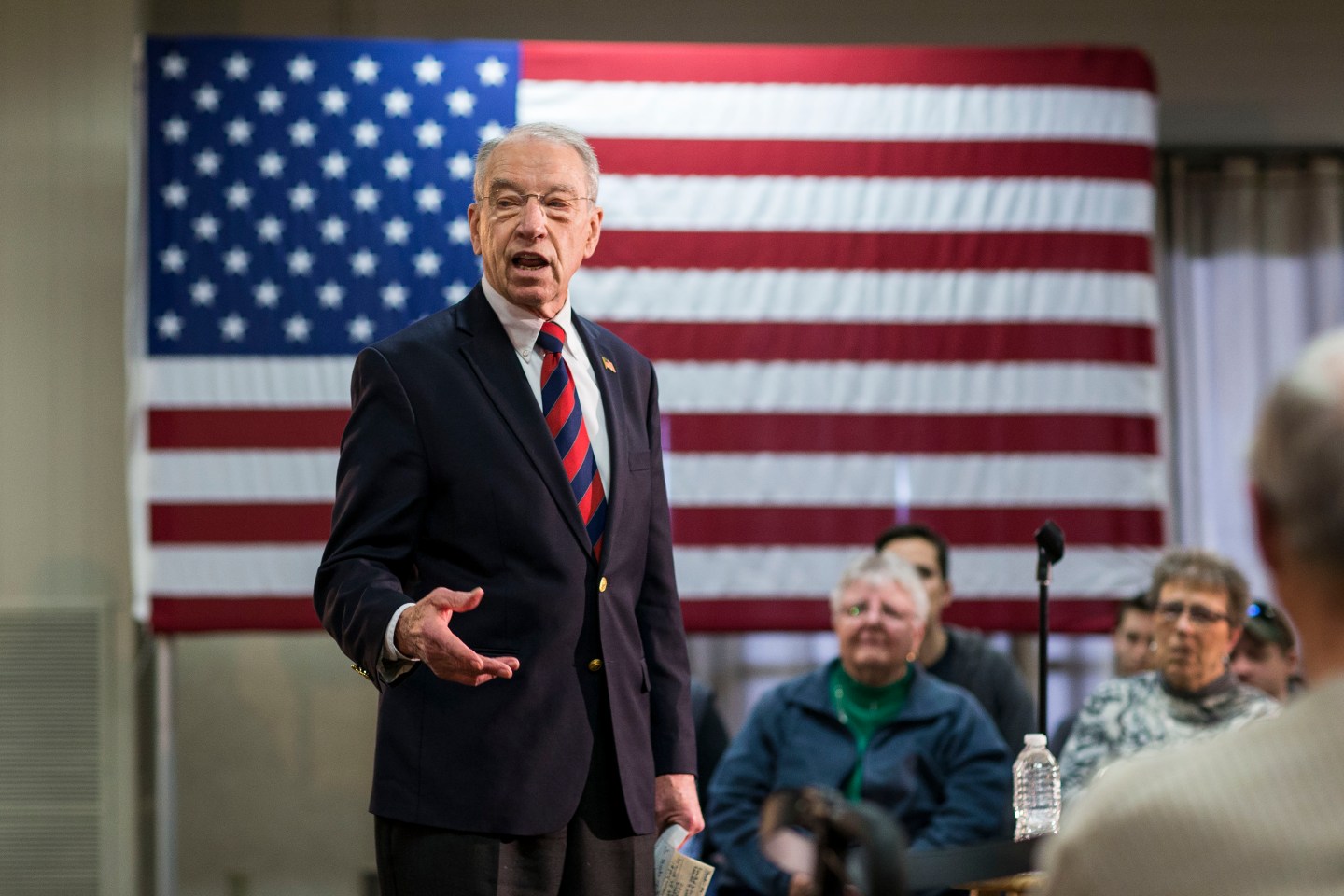 I recently met Leo Perrero, who had a successful IT career at The Walt Disney Company. He worked on the team of tech specialists that kept Disney’s point of sale system up and running so families visiting Disney World could purchase souvenir Mickey Mouse ears, or the famed turkey leg from the park’s vendors. For more than a decade, he received accolades from the company for his craft, but his career there did not have Disney’s signature fairytale ending.

Instead, during the holiday season in 2014, he and about two dozen other IT workers were informed that they’d be losing their jobs to less expensive foreign workers. To add insult to injury, he was informed that he’d have to directly train his own replacement.

Unfortunately, Perrero’s story is only one example of the many abuses of a government program designed to complement the American workforce with highly-skilled foreign workers in areas where the demand for such labor exceeds the supply of domestic workers.

The program, commonly referred to as H-1B, was never meant to be an avenue for cheaper labor, and it was certainly never intended to displace qualified American workers. But some companies are exploiting the program’s loopholes to fuel a demand for cheaper, often less-experienced labor at job sites in the United States. Others use the program to train foreign workers for U.S.-based jobs only to ship the workers and, ultimately, the jobs themselves overseas.

For years, I’ve investigated the many schemes that have emerged to take advantage of the program and distort its original intent. Perrero shared his story at a Senate Judiciary Committee hearing exploring the impact the program has on American workers. But the reality is the harm caused by H-1B abuses reaches far beyond American workers who are displaced or who face fewer opportunities as jobs go overseas.

American innovators who depend on the program to hire critically needed talent they are unable to find domestically must compete for the limited annual pot of H-1B visas with IT contracting firms that flood the program with petitions for thousands of lower-skilled foreign workers. The result is fewer visas for the truly best and brightest and the American companies looking to hire them.

So the flaws in the H-1B program are hurting American workers, American innovation, and even the H-1B workers themselves, who are in many cases “benched” without work or pay for long periods. Earlier this year, I introduced bipartisan legislation with Senator Dick Durbin (D-Ill) to tackle these problems and return the program to its original intent: filling gaps in America’s skilled labor market.

To ensure that the limited number of annual H-1B visas go to the best and brightest workers, our bill prioritizes petitions, starting with foreign nationals who received advanced science and engineering degrees right here in the United States. Currently, visas are usually allocated by lottery, which favors firms that request large numbers of visas for lower-skilled workers. The new system would give a leg up to advanced degree holders, those being paid a high wage, and those with valuable skills needed by American innovators.

To reduce abuses by outsourcing companies that use up so many of the limited number of H-1B visas each year, our bill allows the placement of H-1B workers at client worksites, but only after the Department of Labor has determined that American workers won’t be harmed by the placement. To reduce use of the program to offshore jobs, the bill allows extensions of H-1B status, but only if the worker has been sponsored for a Green Card. We also prevent companies with more than 50 employees from hiring additional H-1B workers if half of their workforce is already made up of H-1B workers.

Finally, to prevent future abuses, we enhance the Department of Labor’s authority to investigate and audit employer compliance and penalize bad actors. The Department would also collect and report statistical information such as wage data, worker education levels, place of employment and worker gender to ensure fairness and compliance.

The benefits of these reforms would stretch from Silicon Valley’s innovators to American workers like Leo Perrero in Orlando, and everywhere in between. They improve access to the best and brightest foreign workers, guard against exploitation of foreign workers and prevent more American jobs from being shipped overseas. And most importantly, they put Americans first – a common refrain from President Trump.

Between the bipartisan support for real reform on Capitol Hill and a President focused on American jobs, we have a real opportunity to fix an important program and guarantee that it continues to serve American workers and companies for years to come.

Chuck Grassley is the Senior Senator from Iowa, Chairman of the Senate Judiciary Committee and Co-Author of the H-1B and L-1 Visa Reform Act of 2017.