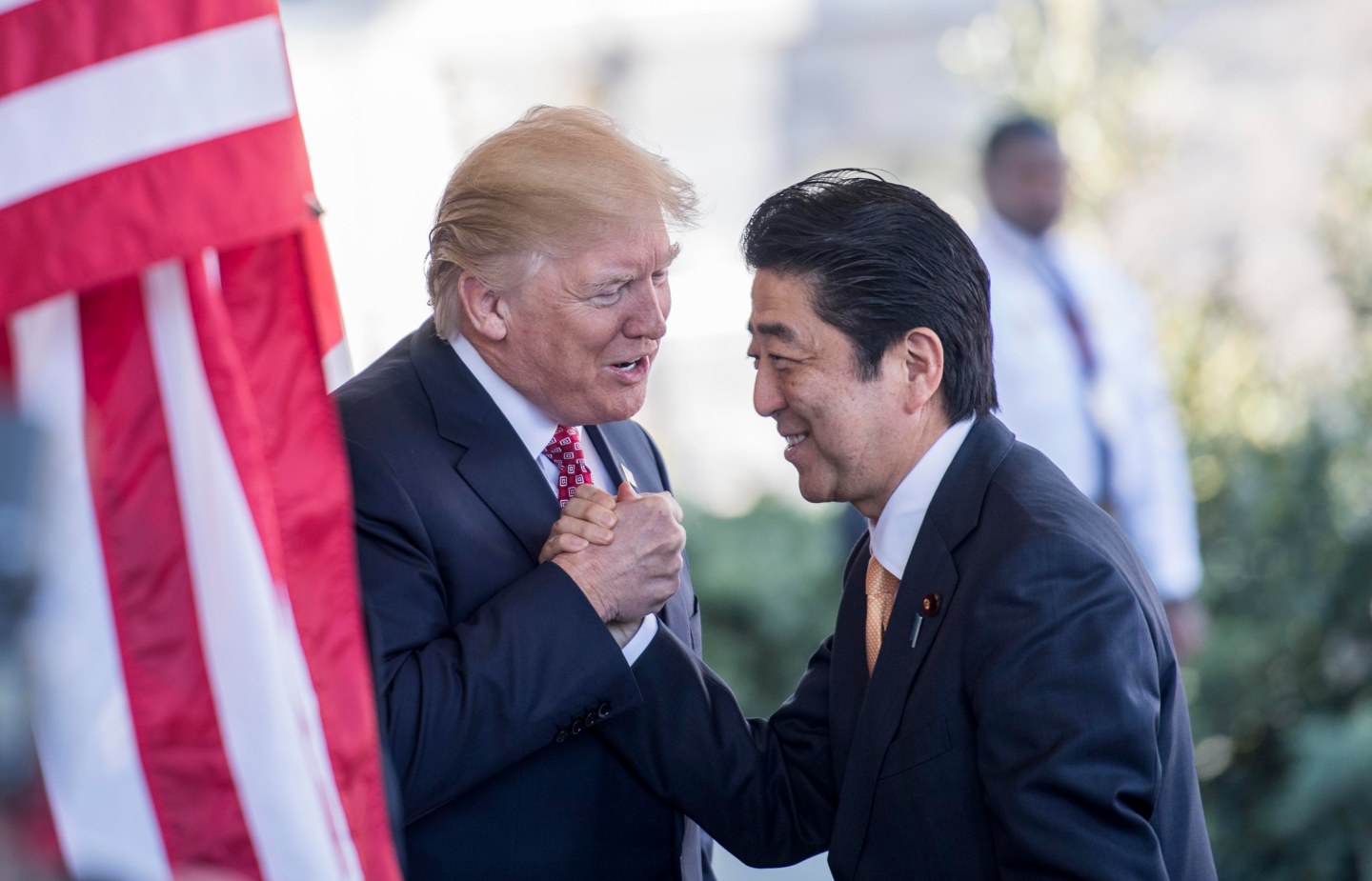 The dollar hit its highest level in 10 days against the yen ahead of a meeting of the U.S. and Japanese leaders on Friday, putting it on course for its best week against a basket of major currencies since mid-December.

President Donald Trump’s promise on Thursday of a major tax reform plan cooled some of the market nerves that have dominated currency markets for weeks, putting the focus back on efforts to boost economic growth and reinvigorating dollar bulls.

While Trump may also discuss his concerns over a strong dollar with his Japanese counterpart, it is expected that whatever is said publicly after the meeting will focus on trade and investment deals.

“Currency policy may not be a dominant topic at the summit, and that would be positive for the dollar,” said Shusuke Yamada, chief Japan FX strategist at Bank of America-Merrill Lynch.

The dollar has fallen steadily against the euro and yen since mid-December as Trump focused on protectionist trade policies, ran into opposition to some of his executive orders, and appeared to step away from the United States’ long-held strong-dollar policy.

But the new president spoke out on stimulus measures on Thursday, promising a “phenomenal” tax plan within a few weeks in a White House meeting with airline executives.

The dollar index against a basket of major currencies was up another 0.1% in morning trade in Europe on Friday, trading as high as 100.87 – its strongest since Jan 30.

“The dollar is supported by the Trump announcement on taxation,” said Thu Lan Nguyen, a currency strategist with Commerzbank in Frankfurt.

“But maybe investors will remain cautious for the time being. Since we saw what happened with the (blocked) travel ban … uncertainty is still quite high about what Trump will do and what he can get through.”

The euro is on track to shed more than 1% in a week dominated by perceptions that political risk in the euro zone is growing. Nguyen said she expected more hedging of currency exposure to April’s French elections in the weeks ahead.

Three-month implied volatility—an options contract that allows investors to insure themselves against swings in the currency over that period—has jumped to the highest in a month.

Trade numbers out of the world’s second largest economy were also strong, helping the Australian dollar gain up to 0.4%.

Paresh Upadhyaya, a portfolio manager and head of currency strategy at Pioneer Investments in Boston, said that in general the outlook for more gains for the dollar looked clearer after January’s falls. But he also underlined the concerns about Trump’s political style.

“The market was very overweight dollars and technically the position is a lot cleaner now,” he said.

“What people had not priced in was Trump’s ‘social’ policy and you are seeing some pricing in of that – that there is a risk of policy inertia, that there may be delays in some of those things that he wants to do.”