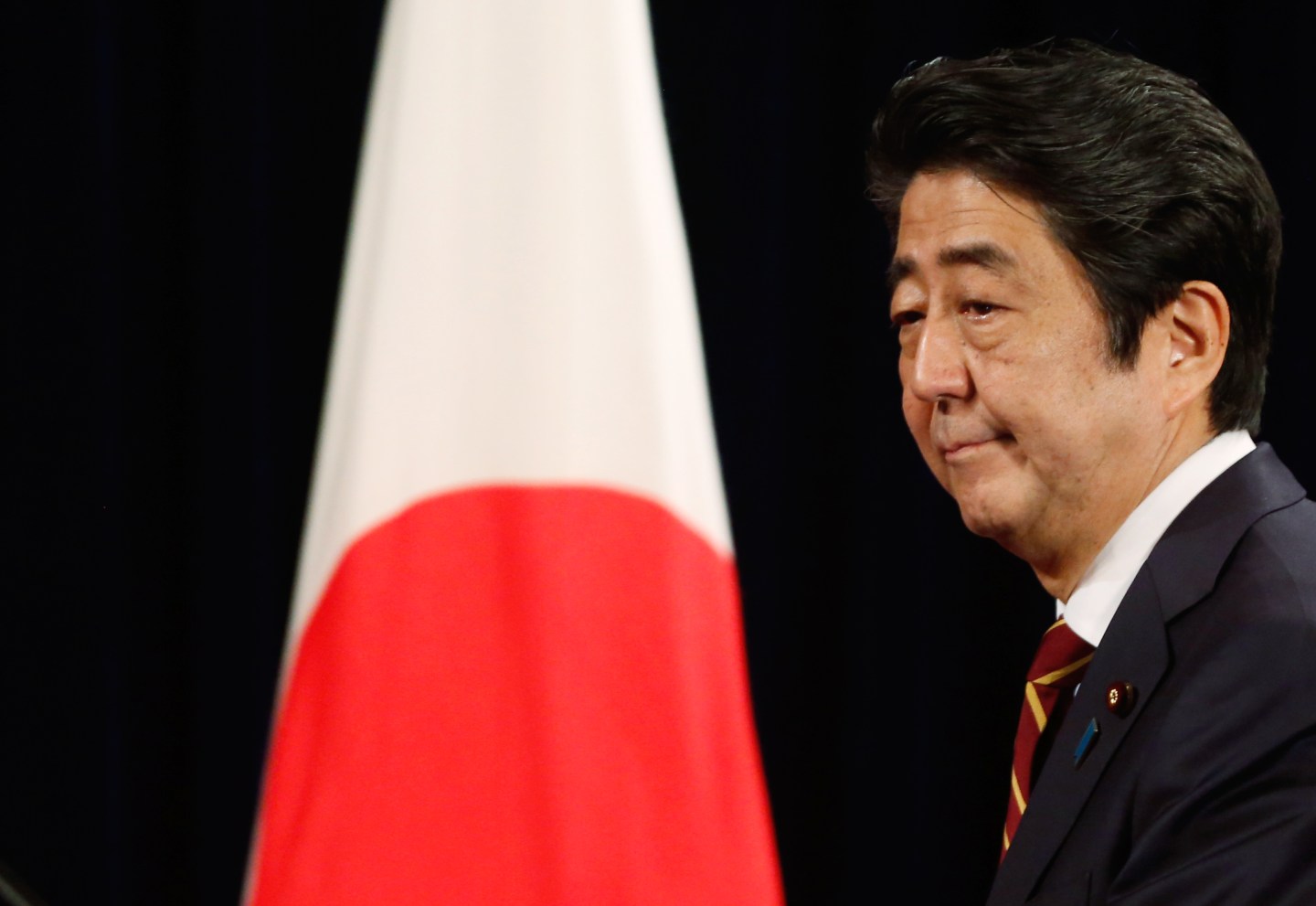 With differences simmering in the background, U.S. President Donald Trump and Japanese Prime Minister Shinzo Abe open two days of talks on Friday looking to build a close relationship for what could be some tense times ahead.

An air of uncertainty was hanging over their summit as to what Trump might say after a presidential campaign in which he slammed the U.S. treaty obligation to defend Japan and accused the Japanese of stealing American jobs.

Trump and Abe are to hold Oval Office talks in the morning and a joint news conference at midday and then fly to Palm Beach, Florida, on Friday afternoon for a weekend stay at Trump’s Mar-a-Lago retreat.

There will be golf at one or two of Trump’s golf courses in the area.

It will be the most time Trump will have spent with a foreign leader since taking power on January 20 and his second face-to-face meeting with a key ally after talks with British Prime Minister Theresa May two weeks ago.

“I think the president just really enjoys his company and wants to not only get to know him better but to have a greater bilateral relationship,” White House spokesman Sean Spicer said. “He understands their importance in the region. He values his friendship and looks forward to deepening the relationship.”

The U.S. side took steps to get the two leaders off to a positive start by saying Trump would oppose any unilateral declarations that would undermine Japan’s administration of disputed islands in the East China Sea.

There have been long-standing tensions between China and Japan over what the Japanese consider their territorial waters in the East China Sea including islands known as the Senkaku in Japan and the Diaoyu in China.

In addition, a senior administration official said Trump was unlikely to raise with Abe his frequent charge that Japan manipulates currency markets to lower its currency. Trump has hurled the same accusation at China.

“I can tell you that’s not something that’s at the top of the list, but whether it comes up naturally in conversation, we’ll see over the course of that meeting,” said the official.

Japan has had lingering concerns about what Trump’s self-styled “America First” strategy means for U.S. foreign policy in Asia as well as what his decision to withdraw from the Trans-Pacific Partnership trade pact means for bilateral economic ties.

Abe enters the talks hoping promises to help create U.S. jobs and bolster Japan’s military will persuade Trump to turn down the heat on economic matters and stand by the decades-old alliance.

Abe, who will be accompanied by Finance Minister Taro Aso and Foreign Minister Fumio Kishida, will bring a package of steps Tokyo says could create 700,000 U.S. jobs through private-public investment in infrastructure such as high-speed trains, Japanese government sources say.

Japanese officials have been soothed by security assurances from Defense Secretary Jim Mattis and others.

But they worry Trump may go off script, given his recent phone call with Australian Prime Minister Malcolm Turnbull. Leaks of that conversation showed Trump labeled a U.S.-Australian refugee swap deal “dumb.”

“There are concerns about Trump in every allied capital since his awkward phone call recently with Prime Minister Malcolm Turnbull of Australia,” said a background paper about the meeting written by Asian experts at the Center for Strategic and International Studies.

“Rather than bring a list of concrete ‘asks,’ Abe will likely approach this meeting emphasizing how he aligns with Trump on many of his objectives,” the paper said.

To avoid questions about whether Japan is paying Trump for Abe to stay at the beachfront Mar-a-Lago retreat, the White House declared that the entire visit there, including golf, is the official gift for Abe from Trump.

It will be Trump’s first use of Mar-a-Lago for diplomacy. He has said privately that the retreat is perfect for this use.