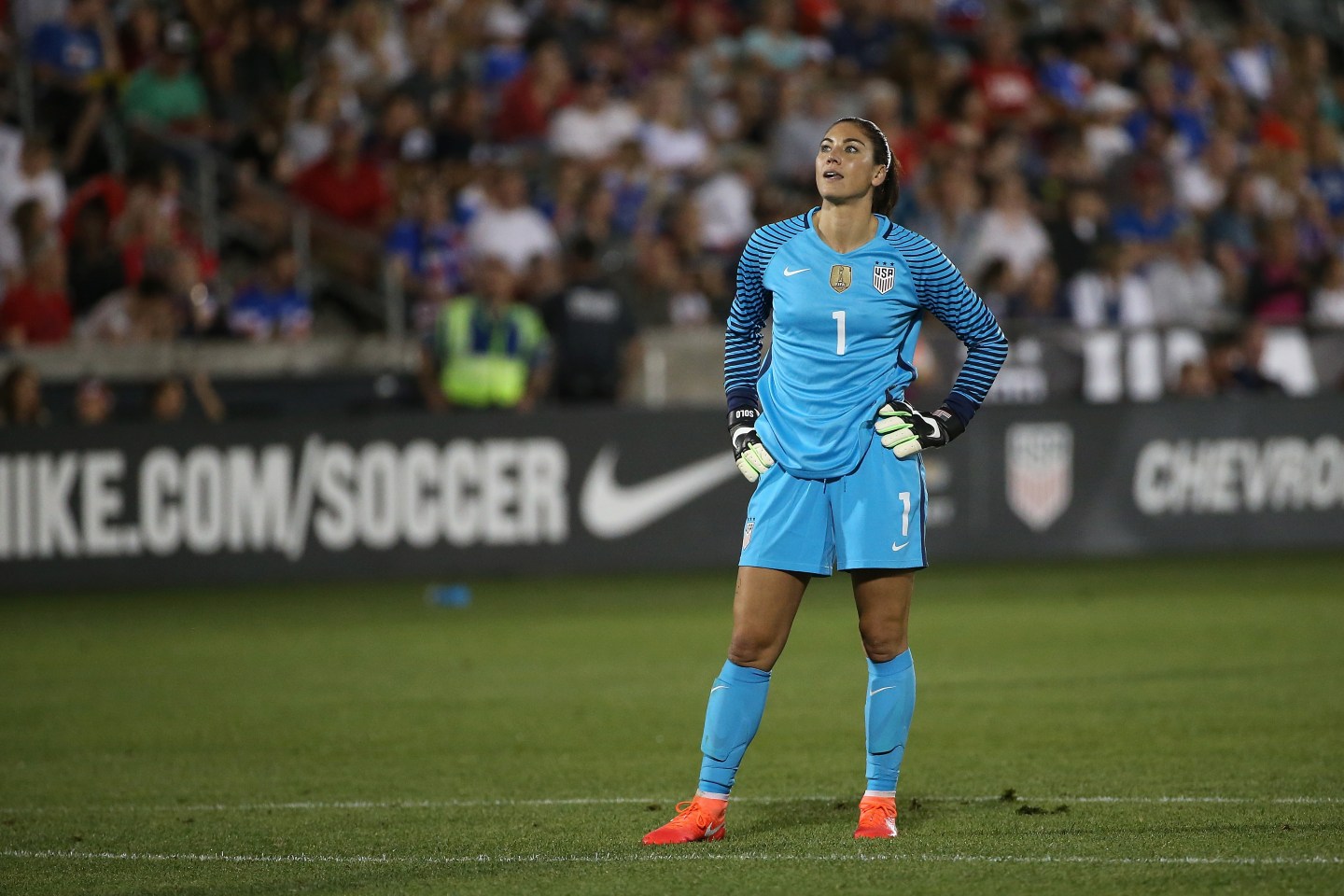 Goalie Hope Solo of the U.S. national women's soccer team looks on as she defends the goal against the Japan during an international friendly match at Dick's Sporting Goods Park on June 2, 2016 in Commerce City, Colorado.
Doug Pensinger—Getty Images

World Cup champion Hope Solo is taking on a new challenge: the world of TV development.

The controversial goalkeeper has signed a deal with INvelop Entertainment to develop unscripted TV content, the company announced Thursday, according to a press release. Her first project, which she will executive produce with her manager Tiffany Shine, is a new season of the sports medicine series The Cutting Edge.

Solo appeared on season one of the series when it aired on Fox Sports 1, and she will host the new season. This is one of more than a dozen projects INvelop is creating as part of a deal its CEO Brant Pinvidic signed with STX Entertainment last year.

“I am very excited for the opportunity to work with Brant and INvelop Entertainment,” Solo, who also competed on Dancing With The Stars in 2011, said in a statement. “He is an industry leader that shares my passion for unique story-telling and together we look forward to delivering content that will resonate with not just sports fans but all viewers.”

Solo is one of the world’s best goalkeepers, has won two Olympic gold medals, and has been the starter on the U.S. women’s soccer team for years. But last August, she was suspended for calling Sweden’s national team “a bunch of cowards” during the 2016 Olympics in Rio de Janeiro.

This TV deal comes just as Solo would be eligible to return to the women’s national team. Solo told the Associated Press in December that she would love to return to the team, but she is also focused on fighting for equal pay, a cause she and her teammates took up last year when they filed a complaint with the Equal Employment Opportunity Commission against U.S. Soccer.