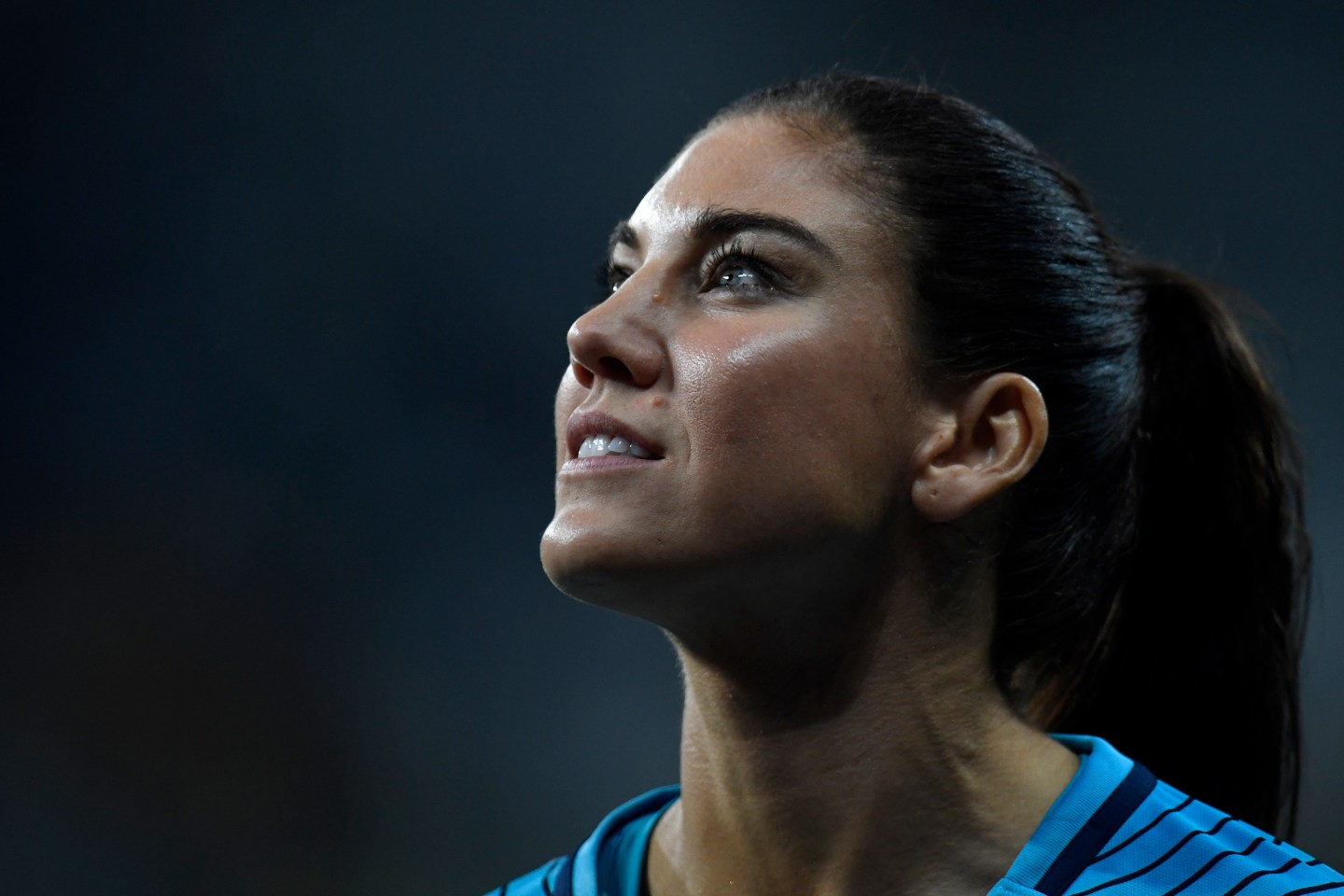 Hope Solo’s future in soccer is looking more uncertain than ever.

Solo’s team, the Seattle Reign FC of the National Women’s Soccer League, announced that the goalie had been “granted a personal leave” before the team faced off against the Portland Thorns on Saturday night.

“Hope Solo has been granted personal leave and will be unavailable for today’s match,” the Reign announced on Twitter. “Andi Tostanoski has been signed as a GK replacement.”

No return date for the goalkeeper was disclosed.

Hope Solo has been granted personal leave and will be unavailable for today's match. Andi Tostanoski has been signed as a GK replacement.

The announcement comes days after Solo was suspended for six months from the U.S. Soccer organization for conduct “counter to the organization’s principles.”

U.S. Soccer President Sunil Gulati said the comments Solo made after Sweden beat the U.S. at the Rio Olympics were “unacceptable and do not meet the standard of conduct we require from our National Team players.”

Why Does Hope Solo Get Punished For Things Male Athletes Do All the Time?

“I thought that we played a courageous game,” she said. “But I also think we played a bunch of cowards. The best team did not win today.”

Solo was previously suspended for 30 days early in 2015 for her conduct and will not be eligible for selection to the national team until February.

This article originally at PEOPLE.