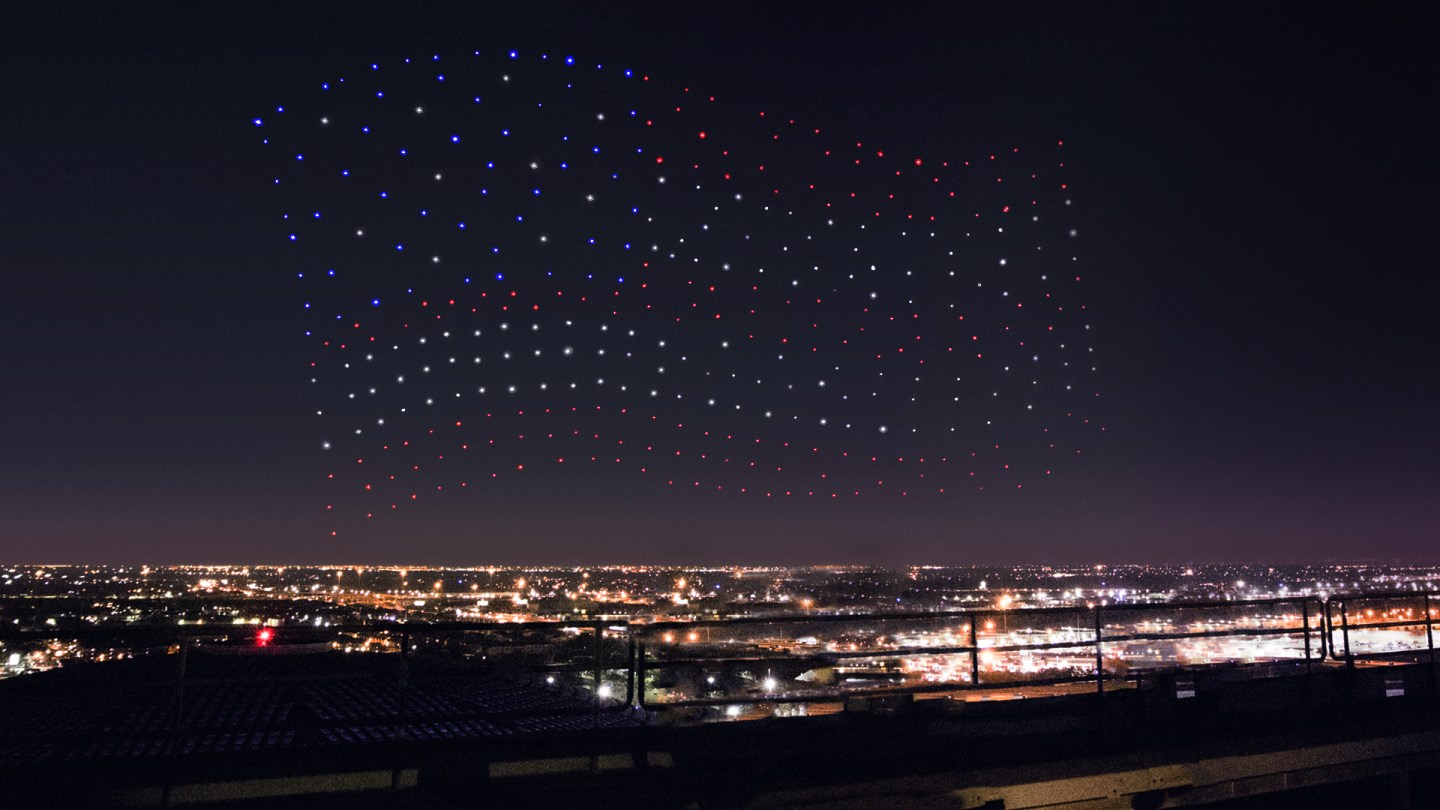 I commented Tuesday morning that the only topic of discussion in Silicon Valley this week besides opposition to the Trump travel ban is Intel’s drone show at Lady Gaga’s performance in the Super Bowl. So let’s go with the lighter topic today.

I also might have said brighter because Intel calls its illuminated drone trick its “Shooting Star” system. Hundreds of drones in the sky over the stadium in Houston formed a Pepsi logo and an American flag. Indeed, Intel’s razzle-dazzle show was so successful that The Wall Street Journal headlined its write-up by noting that “Intel Basks in Afterglow” of the extravaganza.

It has been a long time since Intel basked in the afterglow of anything, so its time in the spotlight is welcome and overdue. The company dominated the PC era in two important ways. It mastered the manufacturing process in a manner its competitors couldn’t match. And it marketed the allure of “Intel Inside” so brilliantly that people who had no idea what a microprocessor was knew who Intel was.

Then Intel missed wave after wave of making chips for mobile devices, most notably the iPhone, and the company stagnated. PCs may be in decline, but they remain profit monsters for Intel and its old “Wintel” partner, Microsoft.

These days Intel craves the next market. Enter drones. It hopes that by providing those futuristic gadgets with chips it will catch the next wave. So far, the wave is more of a swell far out in the ocean. Intel’s drone business, part of its year-old New Technology Group that also includes components for wearables and cameras, is small. The company notes in its last quarterly filing that its “NTG operating segment does not meet the quantitative thresholds to qualify as a reportable segment and its results are included within the ‘all other’ category.”

But the drones are great PR—even if Intel pulled the tech equivalent of lip-synching by filming the display ahead of time and broadcasting a tape delay during halftime. Intel is demonstrating the future. It should enjoy the glow while it lasts.