Why Gay Men Should Talk About Their Partners at Work 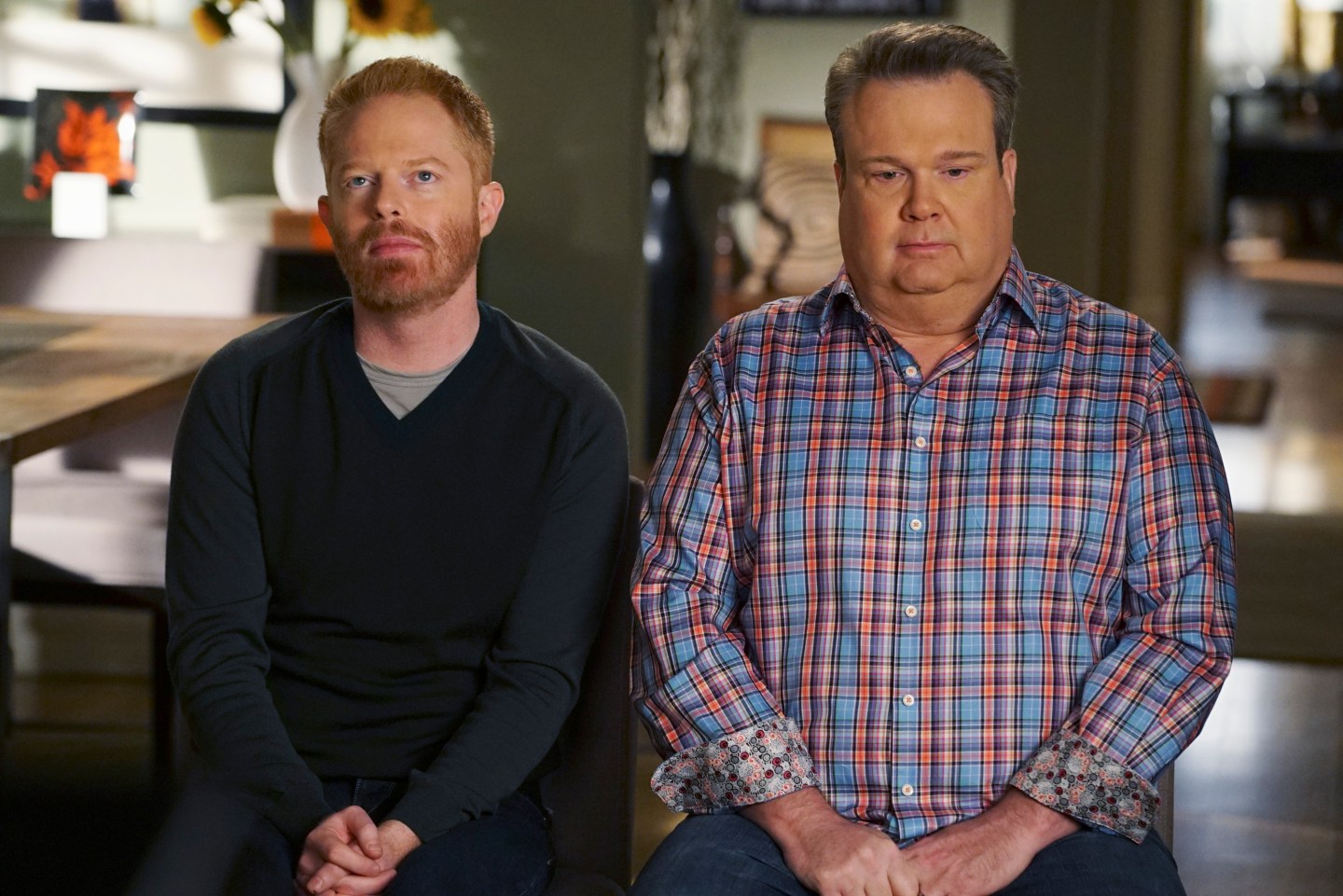 MODERN FAMILY - "American Skyper" - The whole family is at Jay & Gloria's for Alex's graduation party, except for Phil, who ingeniously figured out a way to be there via skype and a robotic vessel after being unexpectedly detained in Seattle on a business trip. During the celebration, Jay frets about Gloria's cousin who has overstayed his welcome, Claire stresses out about giving Alex the perfect gift, Mitch hides news of being laid off from Cam and Andy's girlfriend, Beth, is in town stirring up a whole lot tension with Haley which finally leads to a realization that may have come too late, on the season finale of "Modern Family," WEDNESDAY, MAY 20 (9:00-9:31 p.m., ET), on the ABC Television Network. (Photo by Eric McCandless/ABC via Getty Images)
Photograph by Eric McCandless—ABC via Getty Images

The Leadership Insiders network is an online community where the most thoughtful and influential people in business contribute answers to timely questions about careers and leadership. Today’s answer to the question, “How can you play a role in advancing workplace equality?” is written by Phil Schraeder, president and COO of GumGum.

Your company supports workplace equality, right? There’s an easy answer to that question: “Yes, of course!”

But when I say “easy answer,” I mean exactly that. Boilerplate support for diversity and equality is one thing, but what team members throughout your organization actually think and experience might be different. If you’re serious about not just talking the talk but walking the walk when it comes to workplace equality, it takes a clear plan, active commitment, and change in your office culture.

Here’s how you can be a part of moving the ball forward:

Every employee at your company has a unique perspective, and it helps immensely if they discuss their background with colleagues. As a gay man, I’m always willing to discuss my own story with the rest of the organization. This means, for instance, bringing up my partner in casual conversation with the same ease that a straight colleague might bring up a girlfriend, boyfriend, or spouse. When I initially gravitated toward working in accounting and finance, I didn’t have a tremendous number of gay role models to look up to, so I’m especially aware of the subtle but powerful value of just being visible and vocal about who I am.

Learn from others’ career paths

If you’re involved in hiring and recruiting, make a point of understanding the career paths of your colleagues. At GumGum, for instance, we’re always paying close attention to and learning from the educational and training trajectories (including internship programs at other companies) that have supported our employees from diverse backgrounds.

For example, over the past few years, half of our interns have been women, which is particularly exciting in the engineering field. From the conversations we’ve had with our interns, we’ve learned about which undergraduate and graduate computer science programs actually care about gender equality.

Be ready to listen

Put your ego aside and be willing to hear and address hard truths about your workplace culture. I’ve been in situations at companies in the past where I’ve heard anti-LGBTQ comments in casual lunchtime conversations. I tend to be a pretty vocal person, so I’ve spoken up when I’ve needed to, but it’s important to recognize that not every employee may have the same willingness to engage in a confrontation. That’s why we have an anonymous hotline to which people can text concerns or questions regarding workplace issues including diversity and equality.

It’s also easy to take too much credit for the diversity in your organization when you’re based in a community that’s already diverse. We’re headquartered in Santa Monica, and are deeply appreciative of the advantages of being part of the Los Angeles metropolitan area, a proudly diverse melting pot.

But at the same time, we know that we always have to stay aware of the struggle for workplace diversity and equality that continues beyond the walls of our offices. Only 19 states and Washington DC, for instance, have laws that prohibit companies from firing an employee just for being LGBTQ. Particularly in larger organizations with offices in states that lack such protections, it’s important that your team’s leadership let all employees know, through clearly articulated diversity and equality policies, that you stand with them—regardless of the local political and cultural climate they may face.

You and your colleagues can help set a powerful example that can change hearts and minds—even if every heart and mind at your company is already pro-diversity and pro-equality.