Trump Seeks an Ally, or At Least an Ear, in West Virginia Democrat 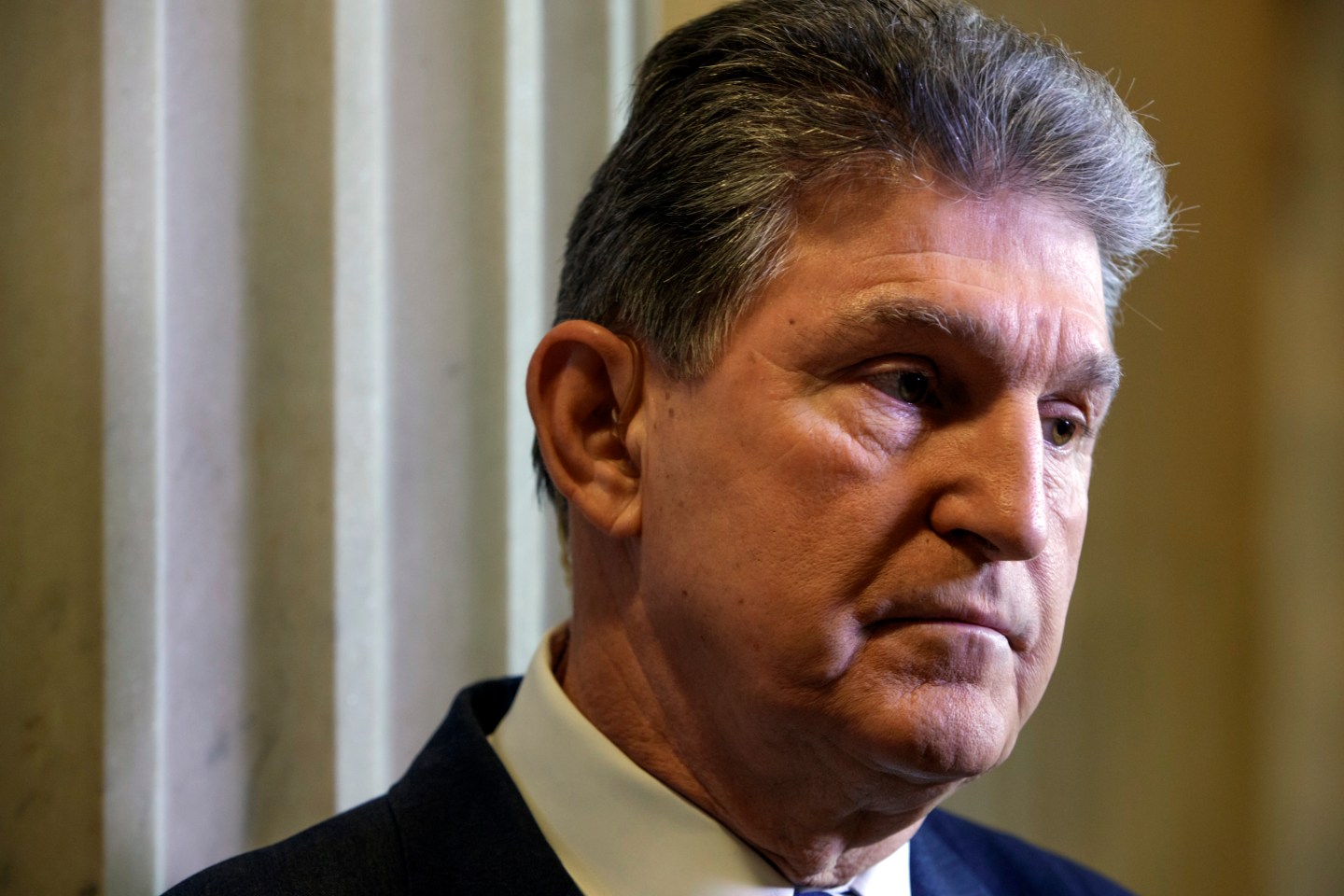 In this Feb. 1, 2017, photo, Sen. Joe Manchin, D-W.Va. pauses during a television news interview on Capitol Hill in Washington. President Donald Trump has struck up an unlikely political bond with Democratic Sen. Joe Manchin. The relationship between the West Virginia coal broker and New York real estate mogul has turned Manchin into one of the Democrats’ best conduits into the new administration. (AP Photo/J. Scott Applewhite)
J. Scott Applewhite AP

The caller needed no introduction—except, perhaps, to Sen. Joe Manchin.

“He says, ‘Joe, this is Donald.’ And I’m thinking, ‘Donald who?'” the West Virginia Democrat remembered from the first time Donald Trump called his cell phone. “I didn’t know the voice. Then I kind of got who it was and I said, ‘Oh, Mr. President-elect.”

That late November conversation was the beginning of an unlikely bond between the coal-country politician and New York real estate mogul, a relationship that’s turned Manchin into one of the Democrats’ best—and nearly only—conduits into the new Republican administration. In Manchin, Trump sees the potential for a partner in a Democratic Party that’s all but declared war on his agenda.

In Trump, Manchin sees a lifeboat for his brand of bipartisan politicking. A centrist from a state that went overwhelmingly for Trump, West Virginia’s only congressional Democrat now finds himself in the middle of the political hurricane sweeping through Washington.

Fueled by a wave of national protests, furious Democrats are demanding nothing short of complete resistance to Trump’s agenda from lawmakers. Republicans, meanwhile, see Manchin as one of the most vulnerable Democrats in next year’s midterm contests.

While not quite friends, Manchin and Trump have developed a political rapport. They call each other directly on their cell phones, have met at Trump Tower and even flirted with the idea of a Cabinet post. Manchin has met twice with Vice President Mike Pence, who has made frequent visits to Capitol Hill, and he has an open line to some of the administration’s top aides.

“Trump’s looking to do stuff and Manchin sees how popular he is here in West Virginia,” said Chris Regan, who lost the chairmanship of the state Democratic Party to a Manchin ally in June. “And he’s looking to see if some of that rubs off on him.”

He says he’s committed to remaining a member of the Democratic Party and is hopeful that he’ll be able to negotiate with a man he describes as a consummate dealmaker. But he isn’t giving the new leader of the free world much advice.

“He is who he is. He’s not going to change,” Manchin said during an interview with The Associated Press at his Senate office. “And if you’re a Democrat and you take it personally when he attacks, you better understand he respects also when you think you’re right and you fight back. So don’t be so mealy-mouthed about it.”

So far, Manchin has voiced opposition to just one of Trump’s nominees: Betsy DeVos for education secretary. This past week, he was the first Senate Democrat to meet with Trump’s Supreme Court pick, Judge Neil Gorsuch.

“We’ll see whether Manchin stands up or if he caves on this as well,” said Kurt Walters, campaign director of the left-wing group Demand Progress, which has been organizing protests against Democratic senators.

The pressure is coming from both sides: Conservative groups have said they will spend more than $10 million pushing Senate Democrats to confirm Trump’s nominee.

“I’m sure when I run they’ll all try to beat me,” said Manchin. “That’s the way the gig goes, but that doesn’t mean I don’t try to still make this place work.”

David Urban, a Republican lobbyist who ran Trump’s presidential campaign in Pennsylvania, credited Manchin as someone “who has reached across the aisle to try to work with Republicans.” There’s no guarantee Manchin’s seat won’t be a GOP target. “He’s got a D after his name,” Urban said.

Former aides say both sides would be foolish to misjudge Manchin’s deep connections to his home state, where he served as governor for six years. “Never underestimate Joe. He’s masterful at what he does,” said Republican Gil White, who worked for Manchin as his chief legislative liaison.

A former carpet store owner from a small mining town, Manchin has shown an almost reflexive need to try and confound his party’s leadership.

After firing a rifle at President Barack Obama’s “cap and trade” energy bill in a 2010 campaign ad, he ended up becoming a surprising ally for Obama during his 2013 push to craft a bipartisan deal on background checks for gun purchases. The bill failed.

Manchin recognizes that some of his past positions may hurt him, particularly his support for Democratic nominee Hillary Clinton, which earned him the label “Traitor Joe.”

Within the Obama administration, Manchin became better known, perhaps, for what he was against. Manchin opposed the nuclear agreement with Iran in 2015 and sided with a Republican-backed bill to halt federal funding for Planned Parenthood. And as a lawmaker representing thousands of coal workers, Manchin has long derided Obama’s environmental regulations as a “war on coal” that failed to strike the proper balance between the needs of the environment and industry.

The coal industry has also been a focus of his conversations with Trump, said Manchin. He’s asked the president to back legislation that would ensure long-term health and pension benefits for retired coal miners, which he says are at risk because of a host of coal-company bankruptcies.

“I’m trying everything I can,” said Manchin. “Around here they might be mad at you today, but they sure need you tonight.”