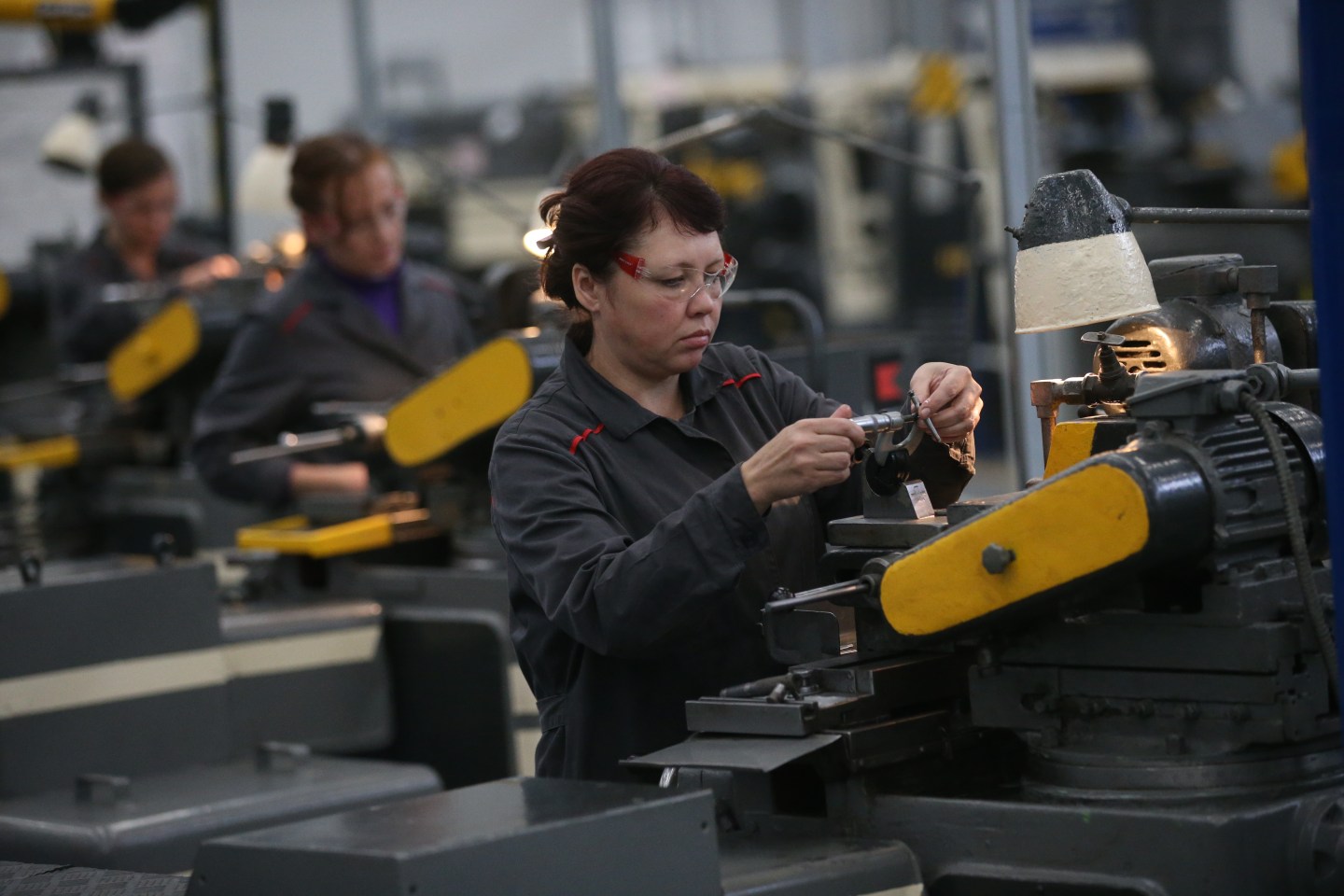 A steep surge in demand for AK-47s has led Russian gunmaker Kalashnikov Group to increase its staff by 30%, with most orders being made for export.

CNBC reports that the company plans to create 1,700 new jobs this year, as announced in a press release this week. Kalashnikov currently employs about 6,500 people to manufacture its assault rifles.

Production growth “driven by the rise in the number of export orders” led to the ballooning staff, according to a statement by Kalashnikov CEO Alexey Krivoruchko.

It’s unclear which countries the export orders are coming from, but the AK-47 is a popular selective-fire rifle manufactured and sold widely throughout the world. Its availability, light weight and relatively low cost have made it a common fixture of armed rebellions.

American imports of the AK-47 were banned by President Barack Obama in 2014 as part of sanctions imposed after Russia’s annexation of the Crimean peninsula. The weapon is still manufactured in the U.S., however.

For more on firearm sales in the U.S., watch Fortune’s video:

In 2016, Kalashnikov opened a souvenir shop in Russia’s busiest international airport, Sheremetyevo in Moscow, where it sells replicas of the famed rifle and other branded merchandise for traveling gun enthusiasts.

The AK-47 was invented by Red Army soldier Mikhail Kalashnikov and first manufactured in 1947, hence the digits in its name. In a 2001 interview with the Independent, Kalashnikov said he designed the gun while recovering from a battle injury as a response to the superior arms of German soldiers.