India Says It Will Roll Out Free Wi-Fi In 1,000 Rural Villages 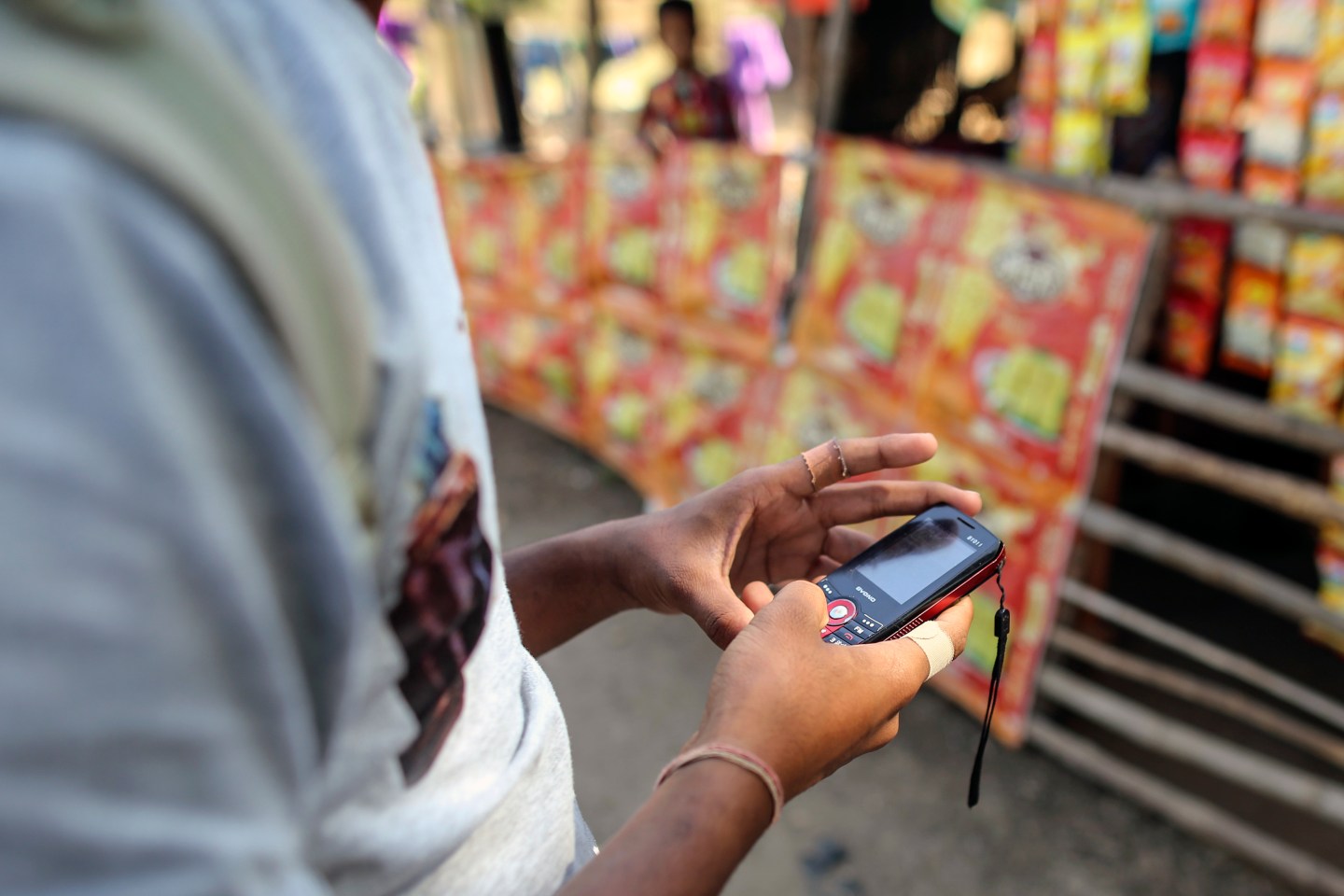 A man uses his mobile phone at a store on Dahanu Road in Kainad, Maharashtra, India, on Saturday, Dec. 21, 2013. The construction of 600,000 kilometers (373,000 miles) of country roads, addition of 327 million rural phone connections and a rise in literacy to record levels since Prime Minister Manmohan Singh took office in 2004 has helped double the growth rate of Indias food output. Photographer: Dhiraj Singh/Bloomberg via Getty Images
Dhiraj Singh—Bloomberg/Getty Images

Under a new initiative dubbed Digital Village, the Indian Government has pledged to supply free Wi-Fi to 1,050 rural villages across the country.

Over the next six months, the government will install tower-mounted Wi-Fi hotspots in remote locations across India, enabling villagers to connect to the service using their cell phones, CNN Money reports.

Digital Village could make the state a key player in a marketplace that has seen domestic Internet providers and international tech companies vie to tap into an unconnected population of more than 900 million Indians.

Last year, India overtook the U.S. as the country with the most Facebook (FB) users in the world. And both the social media giant and Google (GOOGL)—which recently installed free Wi-Fi at more than 100 Indian railway stations—have long had the country’s unconnected population in their crosshairs.

At a town hall meeting with Indian students back in 2015, Facebook CEO Mark Zuckerberg said: “There are a billion people in India who do not have access to the Internet yet and if you care about connecting everyone in the world, you can’t do that if there are so many people who don’t even have access to basic connectivity.”

But Facebook’s subsequent “Free Basics” campaign to provide free limited Internet access to hundreds of millions of people was shot down by Indian tech activists and regulators, arguing that it violated the principles of net neutrality.

For more on tech giants and the Indian market, watch Fortune’s video:

At a cost of around $62 million in its initial phase, the project will be tacked onto the government’s ongoing optical fiber cable roll out.