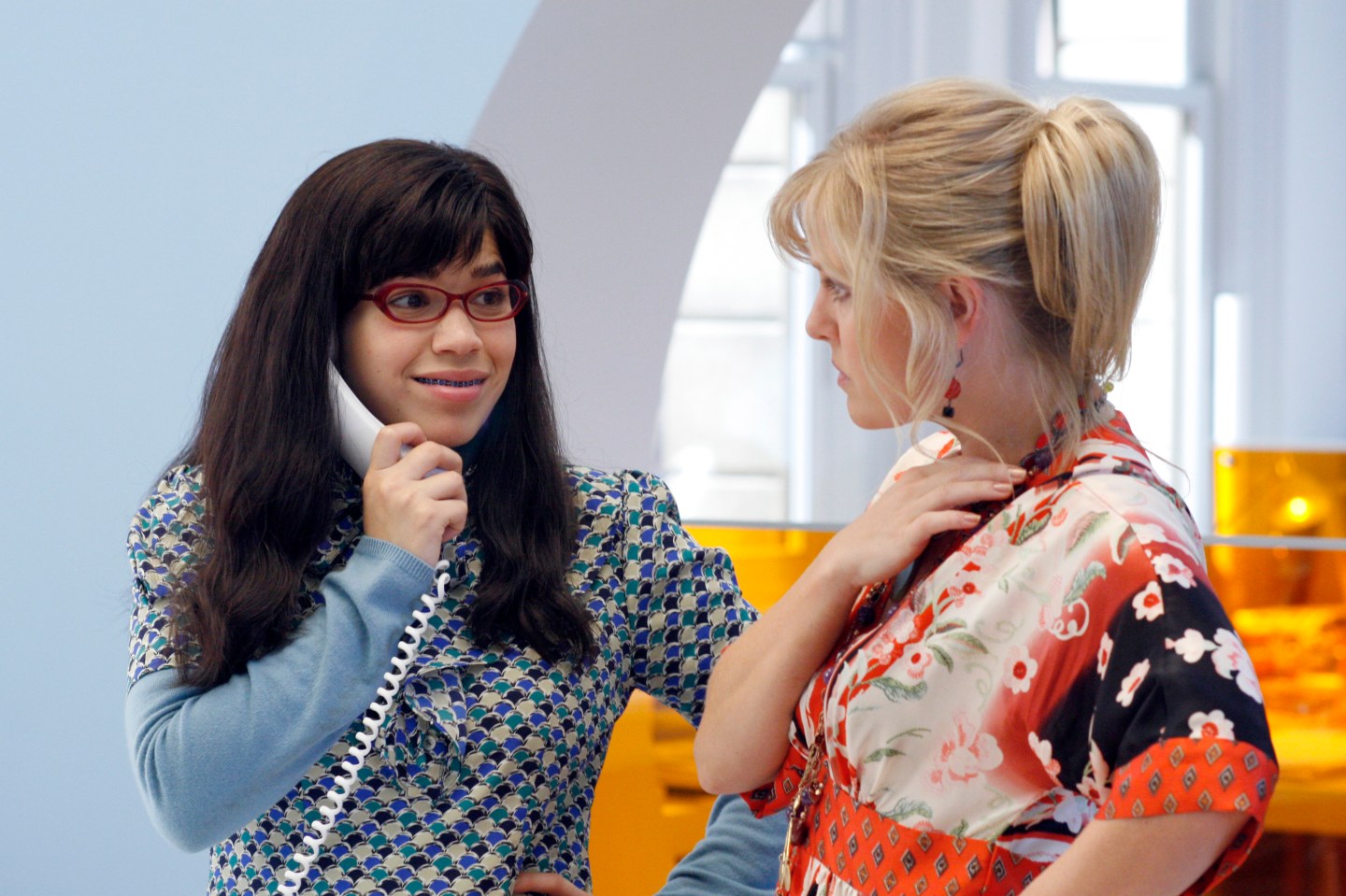 UNITED STATES - NOVEMBER 07: UGLY BETTY - "Lose the Boss?" - The day after Thanksgiving is no holiday for Betty, who struggles to pull together a last-minute Mode photo shoot with a famous couple and their baby, while a dejected Daniel recuperates from a hangover -- and Sofia Reyes' rejection -- at the Suarez house. Meanwhile, Wilhelmina and Marc go to greet the celebs at the airport and find themselves stranded in a dicey part of town with no money, and Bradford Meade takes a little trip of his own, on "Ugly Betty," THURSDAY, NOVEMBER 23 (8:00-9:00 p.m., ET) on the ABC Television Network. (Photo by Ron Tom/ABC via Getty Images)
Photograph by Ron Tom—ABC via Getty Images

The MPW Insiders Network is an online community where the biggest names in business and beyond answer timely career and leadership questions. Today’s answer for, “What’s the biggest misconception women have about success?” is written by Jana Cohen Barbe, partner and former global vice chair of Dentons.

My biggest misconception about success was that others defined it for me. I saw external measures, both tangible and intangible, as the main determinants. Among the obvious tangible measures: my job title and my compensation. Among the intangible measures: the degree to which I was liked, appreciated, or complimented by others. But with time and experience, I found that these external measures of success didn’t satisfy or gratify me. I still woke up every morning feeling inadequate.

Somewhere around turning 50, I learned the invaluable lesson that true success must be defined internally. It can’t be based on the perception of others.

Here are some points to consider as you navigate the climb to the top:

Comparing yourself to others is a no-win proposition
As an adolescent, like so many of us, I spent hours thinking I wasn’t pretty enough, skinny enough, or personable enough. It was as though I was walking a path of comparison that eventually became second nature. Even in law school, I struggled with believing I was smart enough. I always felt inadequate next to my classmates.

I compared myself to men a lot, too, especially as I advanced in my career. They seemed to have more status, more power, and they were all too often paid more for similar work. I saw myself as Sisyphus, pushing the boulder up the hill only to have it roll down on me again and again—defeated.

But no one can live as Sisyphus. It’s not healthy. I wish I could point to an event or a precise moment when I finally realized this—that success could be defined in any manner I chose and that, however I defined it, I was worthy of it—but all I can say is that it took turning 50. I now know that success is personal and subjective and can be defined in a myriad of ways.

Likability is an unfair measure applied only to women
When success is measured externally for women, it is invariably linked to likability. Is she well liked, or is she seen as abrasive, difficult, or contrary? Find me the man about whom this was ever asked. I tried to be likable, contorting myself in countless ways to be more likable, and in the end, all it did was cause me to lead an unauthentic life and to speak with an unauthentic voice.

My friends like me. My family likes me. And on most days, my colleagues like me. But they don’t have to like me all of the time. Sometimes it’s more important to be authentic than to be likable, and that lesson changed my definition of success.

Success shouldn’t be on anyone else’s timeline
At one point in my career, I used to introduce myself as “the oldest-living associate” in my law firm. I took twice as long to become a partner as my peers, but I also did five years of public interest work for a nonprofit, and I worked fewer hours to have greater flexibility as a mother. Today, I am not sure anyone remembers how long it took me to become a partner. No one says, “Well, she took too long to get there.” Allowing myself my own timeline was necessary and freeing. Success is not based on speed, unless you’re an Olympic sprinter. Success can be walking one’s own path at one’s own pace.