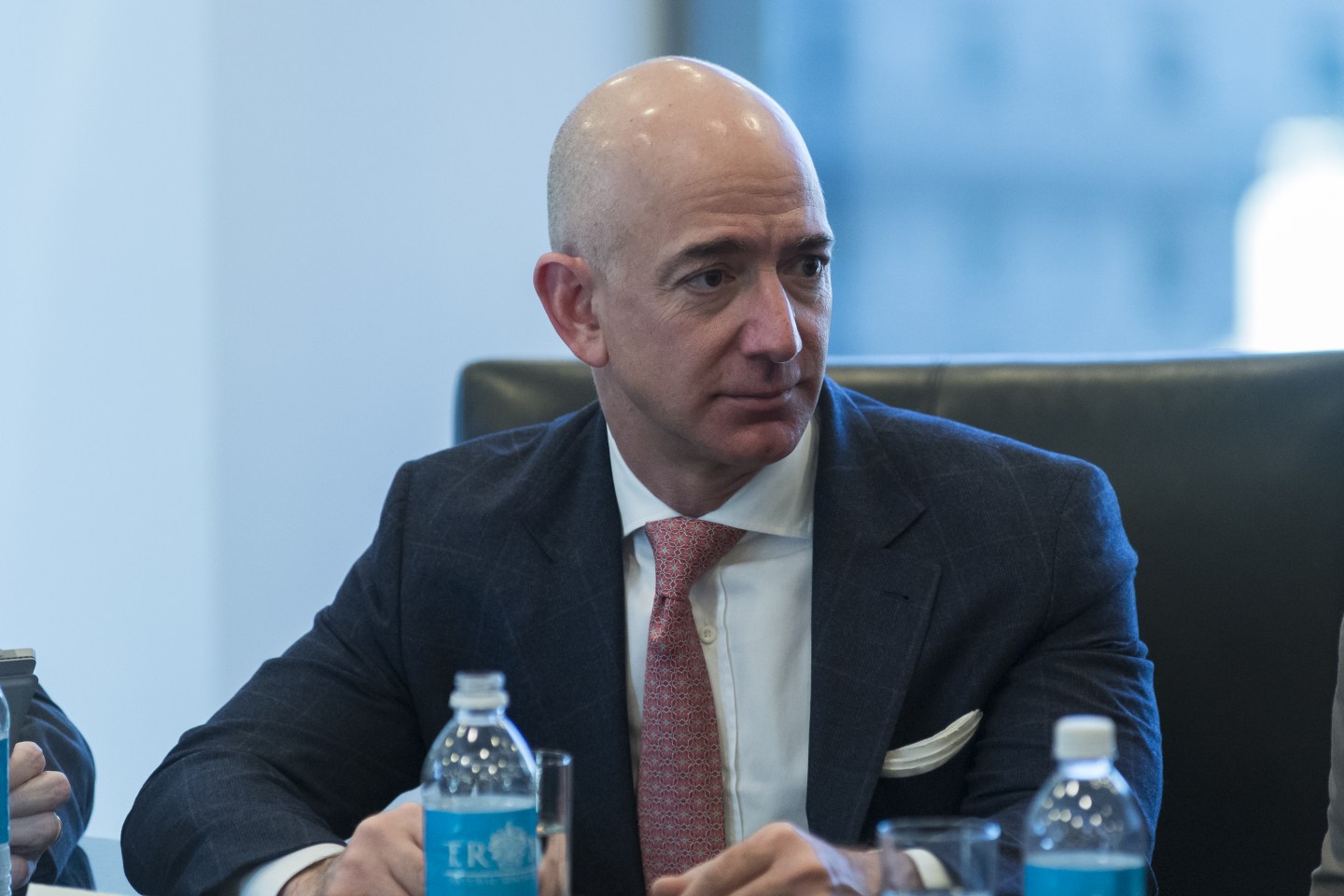 Amazon chief executive officer Jeff Bezos sent a memo to employees Monday stating the company’s opposition to the travel ban initiated by Donald Trump on Friday and offering the company’s “full support” to those affected.

“We are a nation of immigrants whose diverse backgrounds, ideas and points of view have helped us build and invent as a nation for over 240 years,” Bezos wrote.

He said Amazon’s (AMZN) Washington D.C. policy team is conveying this opposition to the Trump administration and the company will support a lawsuit that the Washington State attorney general is preparing.

The Bezos memo follows up another email sent by Beth Galetti, the company’s vice president of human resources, sent over the weekend, telling Amazon employees who work or live in this country to refrain from international travel if they might be prevented from reentering because of the new restrictions.

For more on the travel ban, watch:

Microsoft followed with another statement Sunday night, characterizing the executive order as “misguided and a fundamental step backwards.” It said there are ways to protect the public without “creating so much collateral damage to the country’s reputation and values.”

Google (GOOGL), Monday morning, announced a $4 million fund to help those affected by Trump’s immigration order. On Monday afternoon, the company’s employees staged a walkout in opposition to the ban.

Simultaneous walk out in 8 Google offices across entire US in support of #NoBanNoWall happening now. #GooglersUnite pic.twitter.com/mxRN1udLK8

Later on Monday, Reddit co-founder Alexis Ohanian posted his response to what has occurred upon returning to the U.S. from Australia, where he watched his fiancee Serena Williams win the championship. His words are particularly poignant as he is the son of an undocumented immigrant from Germany and great-grandson of a man who escaped the Armenian genocide in 1915.

is not only potentially unconstitutional, but deeply un-American. We are a nation of immigrants, after all. In the tech world, we often talk about a startup’s “unfair advantage” that allows it to beat competitors. Welcoming immigrants and refugees has been our country’s unfair advantage, and coming from an immigrant family has been mine as an entrepreneur.

While tech leaders were vocal in their opposition to the ban, executives in other industries were notably quieter on the issue.

Date: (January 30, 2017 8:35 p.m.) This post was updated to add information about Reddit co-founder Alexis Ohanian’s reaction to the executive order.