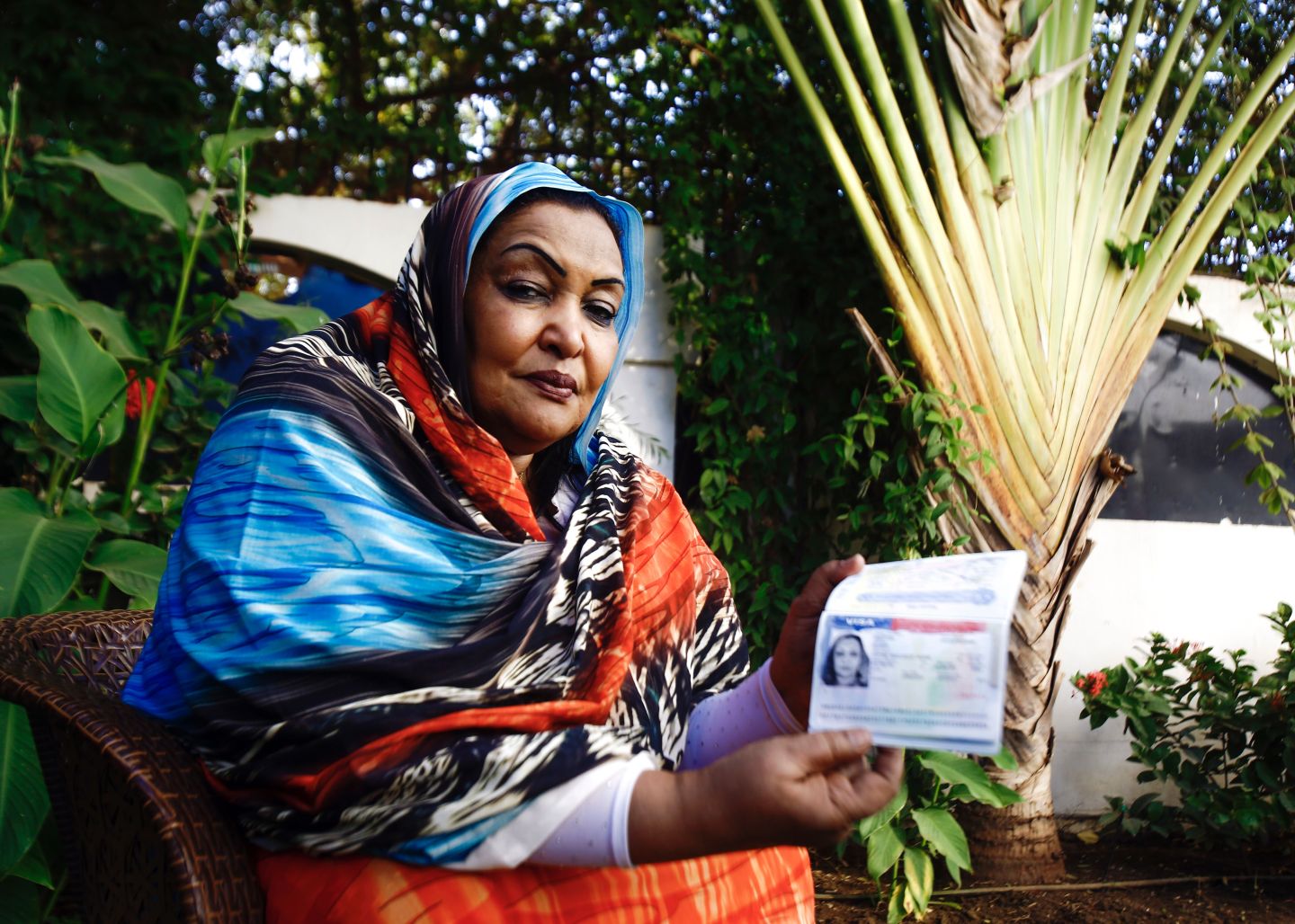 Sudanese citizen Fatima Abul Qasim Gash shows her US visa in her passport during an interview with AFP in Khartoum on January 29, 2017 after she was turned back at Doha airport after US President Donald Trump signed a sweeping executive order to suspend refugee arrivals and impose tough controls on travellers from Iran, Iraq, Libya, Somalia, Sudan, Syria and Yemen, speaks during an interview with AFP in Khartoum on January 29, 2017. The ban also prohibits entry to all refugees, regardless of origin, for 120 days and indefinitely for refugees from Syria, which has been ravaged by a deadly war since 2011. / AFP / ASHRAF SHAZLY (Photo credit should read ASHRAF SHAZLY/AFP/Getty Images)
ASHRAF SHAZLY AFP/Getty Images

The powerful policy and politics network organized by the billionaire Koch brothers made official what many had expected: an opposition to President Trump’s ban on visitors from seven countries with Muslim majorities.

In a statement provided to reporters covering the Kochs’ twice-a-year retreat, top official Brian Hooks said Sunday that the groups under his umbrella would not support Trump’s move, which has drawn thousands of protesters against the ban on immigrants and refugees.

“We believe it is possible to keep Americans safe without excluding people who wish to come here to contribute and pursue a better life for their families. The travel ban is the wrong approach and will likely be counterproductive,” said Hooks, the co-chairman of the Koch network. “Our country has benefited tremendously from a history of welcoming people from all cultures and backgrounds. This is a hallmark of free and open societies.”

It was merely the latest sign that Trump will not have yes-men in the Koch camp, which runs some of the most sophisticated conservative organizations in the country. Trump and the Koch network already had a tense relationship, and it appears that the groups will continue to operate as an opposition party much the way they did under Presidents from both parties. (Charles and David Koch ramped up their political activity under Republican President George W. Bush because they saw spending speeding out of control.)

The Koch network, officially known as Freedom Partners Chamber of Commerce, operates groups such as the grassroots focused Americans for Prosperity, the data-centered i360 and Latino-eyeing Libre Initiative. Together, they spent roughly $250 million on last year’s elections—while sitting out the White House race. Over the next two years, they plan to spend as much as $400 million. Sunday’s statement offered a reminder that these hefty donors will not defer to the Republican Party.