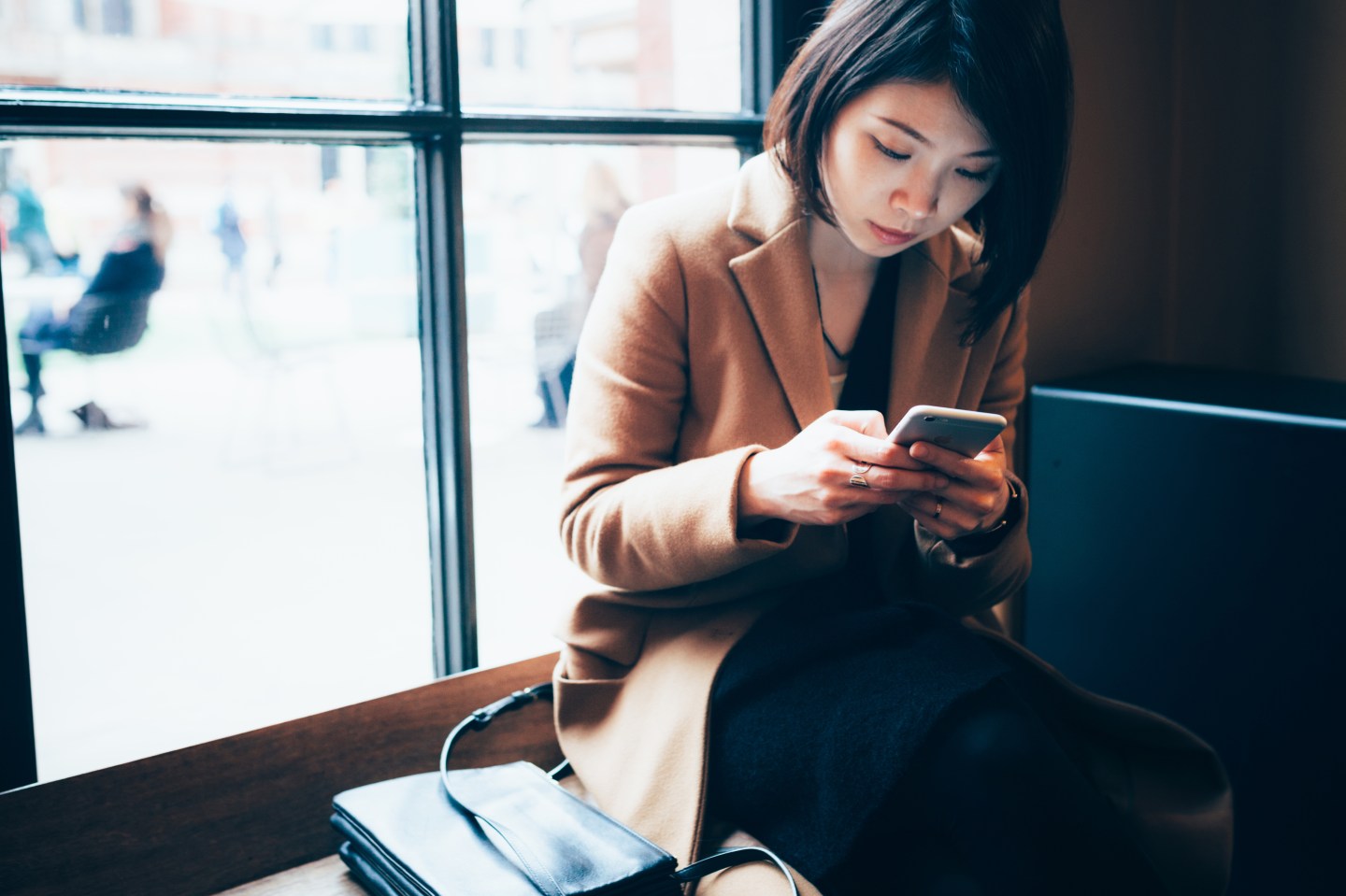 What helps single women in the job market can hurt them in the marriage market—and they know that all too well.

According to a new study from researchers at the National Bureau of Economic Research, young female professionals tend to play down their ambitions around men—but only if they’re not in serious relationships.

The researchers fielded two experiments in an elite U.S. MBA program in which they asked 355 first-year business school students about their desired compensation, work hours, and travel preferences after graduation. Some students were told that their answers were to be shared only with the school’s career center, while others were told that the responses would be shared with classmates. Among single and non-single men and women, only the answers of female students not in a relationship differed depending on the confidentiality of their responses.

Compared to single women who thought their answers were confidential, those who knew their answers would be shared reported lower salary expectations, a willingness to work fewer hours, and a desire to travel less often. “We went into this research thinking this effect was likely to be there,” says Harvard associate economics professor Amanda Pallais, “but the magnitude was quite surprising.”

When they thought their responses were public, single women cut their salary expectations by an average of $18,000, their willingness to work by four hours per week, and their travel limit by seven days per month.

To find out whether the effect on single women was related specifically to men’s perceptions rather than public perceptions overall, Pallais and her colleagues conducted a second experiment. Students were asked to select a job given two choices—a more flexible, lower-paying option and a higher-paying, more demanding option—and then share their responses in groups of other students. When single women were placed in groups with single men, they were more likely to choose the option that was more family-friendly. When placed in groups with other women, they went for the higher salary.

Single women’s behavior is understandable given the fact that “even in highly-educated male populations, men want partners who are less ambitious and successful than they are,” says Pallais.

Studies have shown that men tend to avoid female partners with characteristics usually associated with professional ambition, so it is “unclear that women are doing anything wrong,” she says. “They care about the labor market, they care about the marriage market and they’re trying to balance both.”

Trying to appear more attractive may be hindering single women’s career progress. According to a survey the researchers fielded in conjunction with these experiments, nearly three-fourths of single women forewent a career opportunity because they didn’t want to seem too assertive or pushy to others. That was true for only 60% of women in relationships, 50% of men in relationships, and 43% of single men.

Compared to all other groups, single women reported being less likely to ask for a raise, take on leadership roles, make sales pitches, and speak up at meetings.