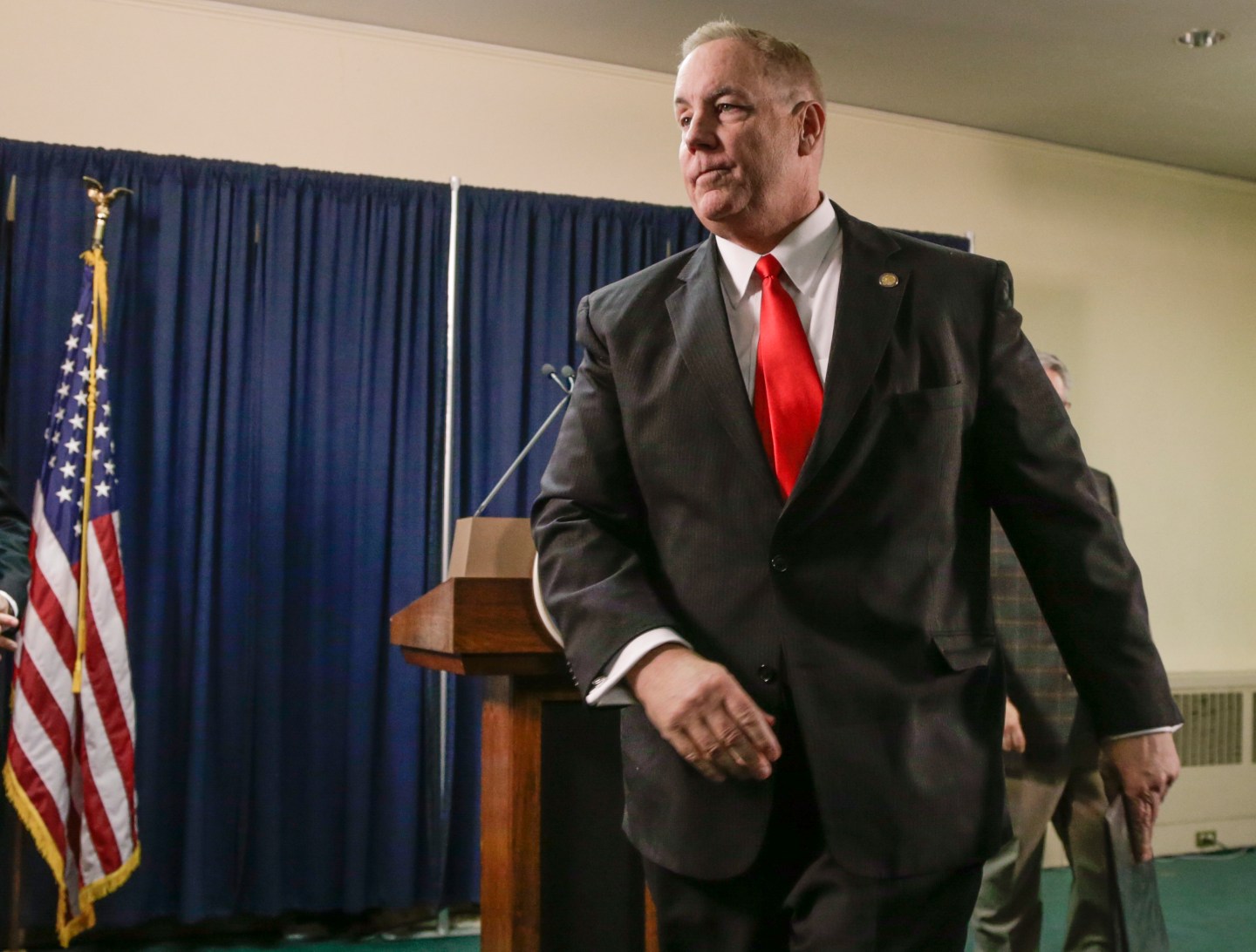 Nebraska state Sen. Bill Kintner of Papillion leaves the room after announcing at a news conference in Lincoln, Neb., Wednesday, Jan. 25, 2017, that he is resigning the seat he has held since 2012, following an uproar over a tweet he sent that implied Women's March protesters were too unattractive to be victims of sexual assault. He made the announcement less than an hour before Nebraska lawmakers were scheduled to debate whether to expel him. (AP Photo/Nati Harnik)
Photograph by Nati Harnik—AP

A Nebraska state senator has stepped down after retweeting a message that implied that participants in the Women’s March on Washington were too unattractive to be sexually assaulted.

Republican Sen. Bill Kintner held a press conference at the state Capitol to announced his resignation on Wednesday. According to the Associated Press, his announcement came less than a hour before his fellow lawmakers were scheduled to debate whether he should be expelled from the body.

On Sunday, Kintner retweeted a post from conservative radio host Larry Elder that showed a photo of female protesters holding signs that referenced Donald Trump’s Access Hollywood tape boasts about sexually assaulting women. Above the image, Elder wrote, “Ladies, I think you’re safe.” (The original tweet has since been deleted.)

The retweet provoked immediate outrage online and the AP reports that Kintner’s office eventually released a statement saying, “By retweeting a message, I was not implying support for putting women in fear of their personal safety. I took down the retweet as soon as I became aware that it was being misconstrued.”

This isn’t the first time Kintner’s been the subject of controversy. Last year, he was fined for using a state computer to trade sexually-explicit messages and videos with a female stranger. Kintner reported the incident to police after the woman threatened to go public unless he paid her $4,500. While many—including Republican Gov. Pete Ricketts—called for his resignation over the scandal, Kintner refused to step down at the time.