What Jeff Sessions as U.S. Attorney General Would Mean for Corporate Crime 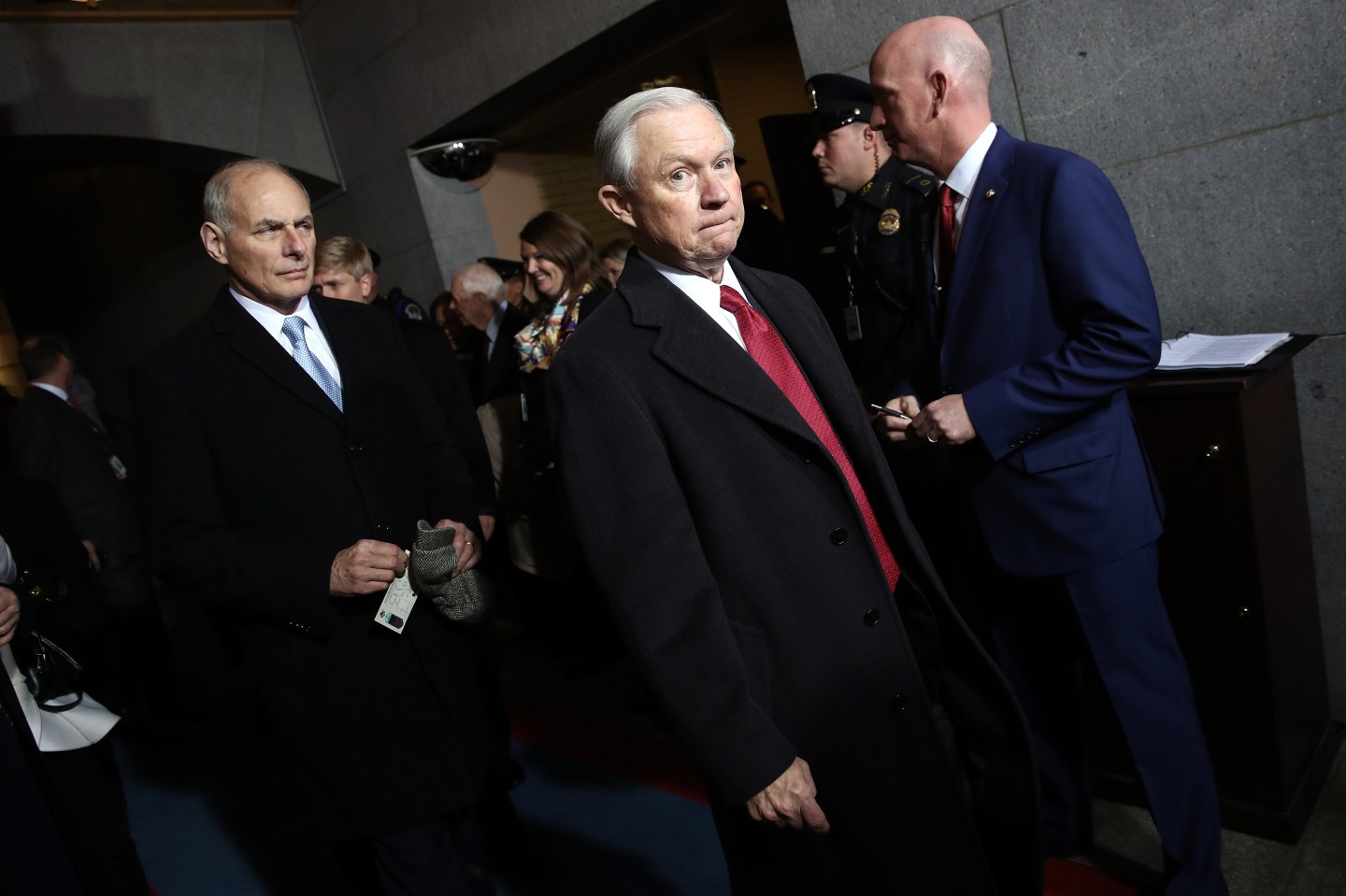 Donald Trump's US Attorney General Jeff Sessions (C) arrives on the West Front of the US Capitol on January 20, 2017 in Washington, DC. Donald Trump took the first ceremonial steps before being sworn in as the 45th president of the United States Friday -- ushering in a new political era that has been cheered and feared in equal measure. / AFP / POOL / Win McNamee (Photo credit should read WIN MCNAMEE/AFP/Getty Images)
Photograph by Win McNamee—AFP/Getty Images

Earlier this month, the Department of Justice charged six executives involved in Volkswagen’s emissions scandal, a move widely acknowledged as both rare and surprising. Even more surprising: the fact that VW pleaded guilty and will pay $4.3 billion in civil and criminal fines. After all, with the outgoing Obama administration, the company could’ve waited and taken its chances with a new and presumably more business-friendly DOJ under the presumptive U.S. Attorney General Jeff Sessions. But given some of his public comments in recent years, it’s safe to assume that Sessions is likely to continue recent moves by the Obama administration to be tougher on corporate crime.

Most of the public’s attention during his confirmation hearings has focused on the allegedly racially insensitive comments that Sessions has made in the past, and less attention has been paid to Sessions’ hard line on corporate wrongdoers. In a 2002 hearing, he argued that too much emphasis had been placed on the difference between so-called ‘white-collar’ crime and ‘street crime.’ “When a person defrauds thousands of people, many of them losing their life’s savings, deliberately and with clear criminal intent, then that is a serious crime,” he said.

Sessions added that his experience as a prosecutor had convinced him that prison time worked to change behavior. “Harsh sentencing does deter,” he said. He pointed out that during his time as a U.S. attorney during the savings and loan fraud scandal, he’d observed firsthand that better behavior in banking was a direct result of actually sending executives to jail.

In 2007, during a hearing on the right of the government to demand that corporations waive attorney-client privilege, Sessions made it clear that corporate malfeasance is to be taken seriously. Far from falling within the Republican Party line, Sessions was one of the 25 senators who refused to vote for Treasury Secretary Hank Paulson’s economic bailout during the 2008 financial crisis, citing the need for corporations to be held responsible for their actions. In fact, he stood alongside none other than Bernie Sanders, proving that politics does make for strange bedfellows.

In 2010, at the confirmation hearing for Deputy Attorney General James Cole, Sessions argued that, with respect to British Petroleum (BP), no company should be considered “too big to fail,” and that arguing otherwise was a “dangerous philosophy.”

Perhaps this is one reason Sessions found favor with the president, who was elected in part because of an increasing distrust of perceived “elites” to hold business leaders accountable for their bad actions.

The failure of the DOJ under the Obama administration to prosecute a single executive for the actions that led to the 2008 financial crisis partially created the conditions in which many Americans demanded a change in how the system works. People need to have faith that there is one system of law, and that applies to the poor and disenfranchised as well as to the rich and powerful.

That’s what President Trump has promised. Based on Senator Sessions’ track record, he’s more likely to deliver on this promise than many may realize.