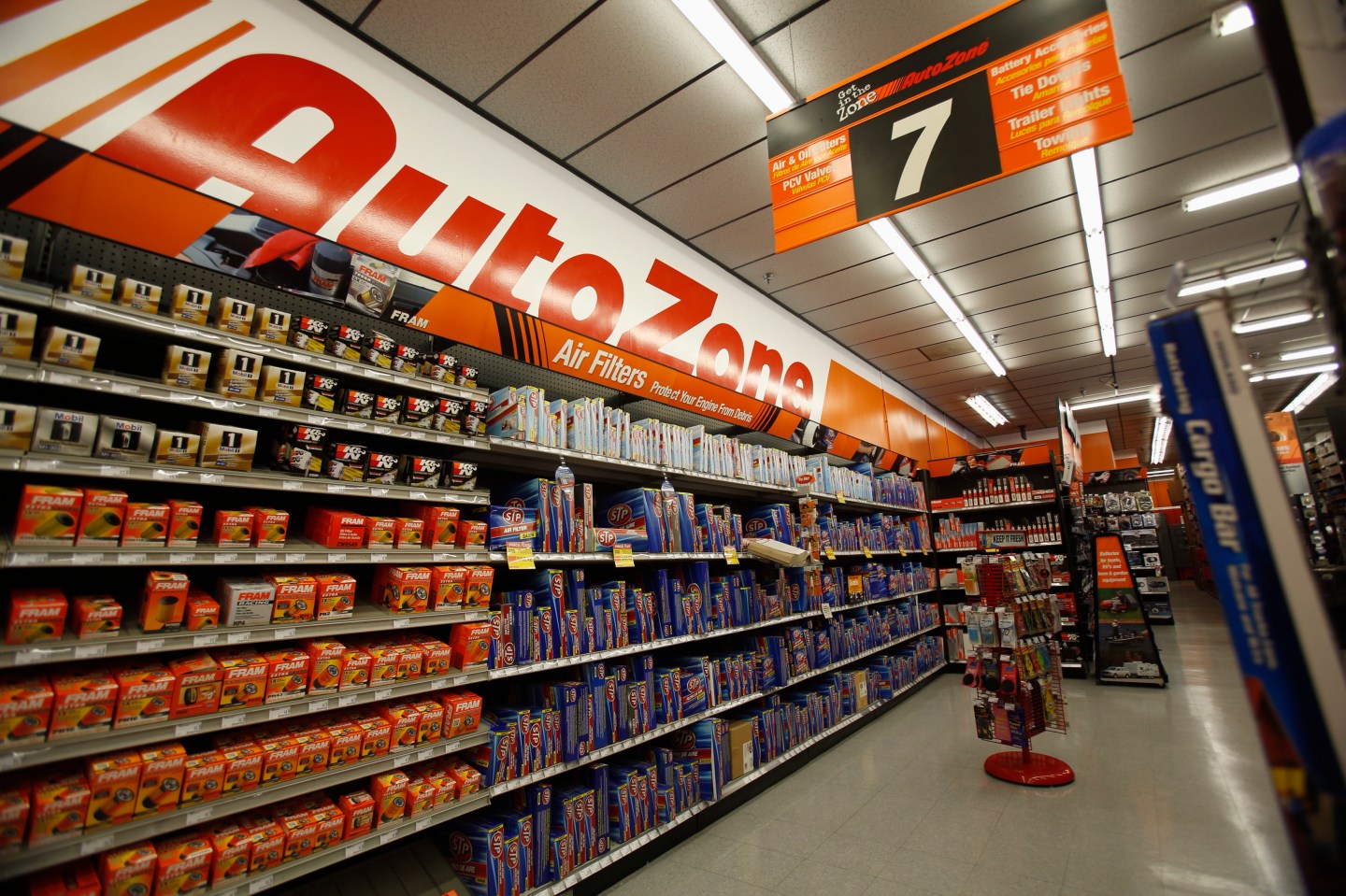 Shares of Autozone, which has a comparatively bigger exposure to the retail auto parts market, slumped as much as 5.1% to $730.99, posting their biggest intraday percentage loss in nearly one year.

Northcoast Research analyst Nick Mitchell estimated that about 75% of Autozone’s sales come from the retail auto parts or the do-it-yourself market targeted by Amazon.

The market accounts for low-50% of the sales mix for O’Reilly, low-40% for Advance Auto Parts and about 15% for Genuine Parts, Mitchell said.

The company is expected to surpass Macy’s to become the No.1 U.S. apparel retailer in 2017, according to a report published by Cowen & Co in October.

However, analysts played down any immediate impact to auto part retailers from Amazon’s entry.

“If Amazon is committed … they are definitely going to pick up some share. In terms of the disruption they will cause, I don’t think it will happen as quickly,” Mitchell told Reuters.

Ciccarelli said Amazon’s reach will be relatively limited in scope as most retail customers likely don’t have the information and skill sets needed to comfortably order parts on their own.

For Amazon, the push into auto parts is seen as the next step to growing its auto business, Amazon Vehicles, an online platform for users to research on cars, auto parts and accessories, which it launched in 2016.

“Longer-term, this push into autos … also sets the table for Amazon to potentially grow into the materially larger new and used car buying market too,” Morgan Stanley analyst Brian Nowak wrote in a note.