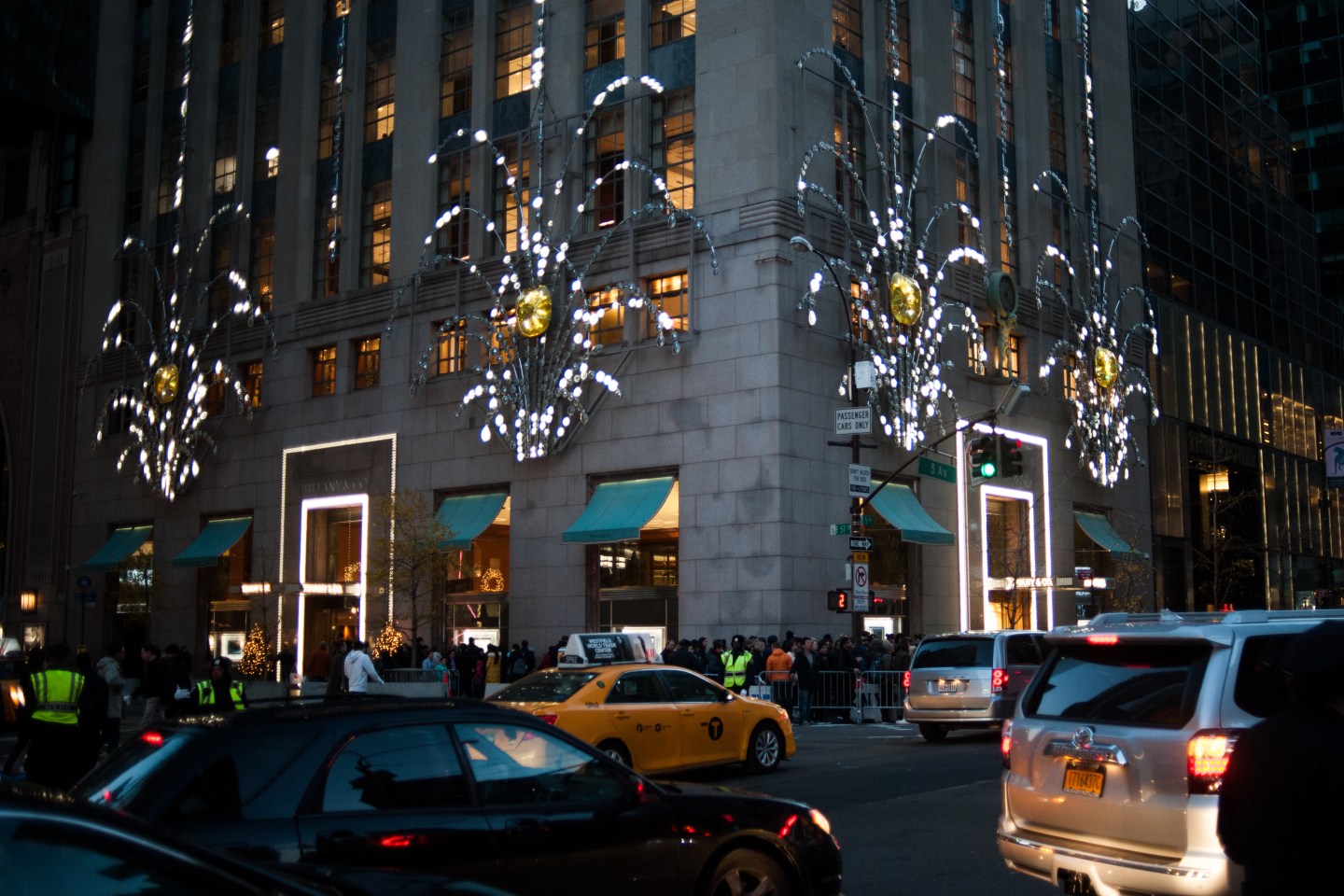 Being next door to the next U.S. president’s home is turning out to be a big problem for Tiffany & Co. (TIF)

The New York jeweler has partly pinned a huge 14% drop in sales during the crucial holiday season at its iconic Manhattan flagship, which is adjacent to Trump Tower, on “post-election traffic disruptions.” In the wake of Donald Trump’s election win in November, there were protests and road closures at Trump Tower on Fifth Avenue between 56th and 57th streets.

It’s a painful problem for Tiffany – the flagship store alone generates about 8% of company sales and is an essential tool to maintaining and enhancing its brand. And it promises to be a long-lasting one even as Tiffany has tried to cope by installing Tiffany-branded coverings on police barricades in front of one of the store’s entrances.

Since the election of Trump, who takes office on Friday, there has been a steady stream of world leaders and potential cabinet picks coming to visit the president-elect, requiring heavy security.

The Trump Tower travails are the last thing Tiffany needs: overall in the Americas, stripping out the impact of currency fluctuations, Tiffany’s total sales declined 4% while comparable-store sales (which exclude newly opened or closed stores) fell 3%, lower than expected results.

And the problems went beyond the U.S.: globally, comparable-store sales slipped 2%. And relief won’t come be fast in coming, Tiffany CEO Frédéric Cuménal said in a statement.

“These overall holiday period sales results were somewhat lower than we had anticipated,” said Cuménal. He continued: “Although we do not anticipate any significant improvement in 2017 to the macroeconomic challenges that we faced this year, we continue to focus on our initiatives to enhance our stores and our customers’ experience.”

Those initiatives have included Tiffany’s efforts to refresh its assortment. On Tuesday, Tiffany also announced it had hired iconic fashion designer Reed Krakoff to the new position of chief artistic officer, a role that will see him lead design for Tiffany jewelry and accessories the first of which should appear by the holiday season.

Krakow made his name at Coach (COH), where his handbag designs helped take the company from $500 million to $4 billion over 17 years. He left Coach in 2013, but his own namesake brand faltered and last year he shut it down. Earlier in his career, he worked at brands like Ralph Lauren (RL) and Tommy Hilfiger.