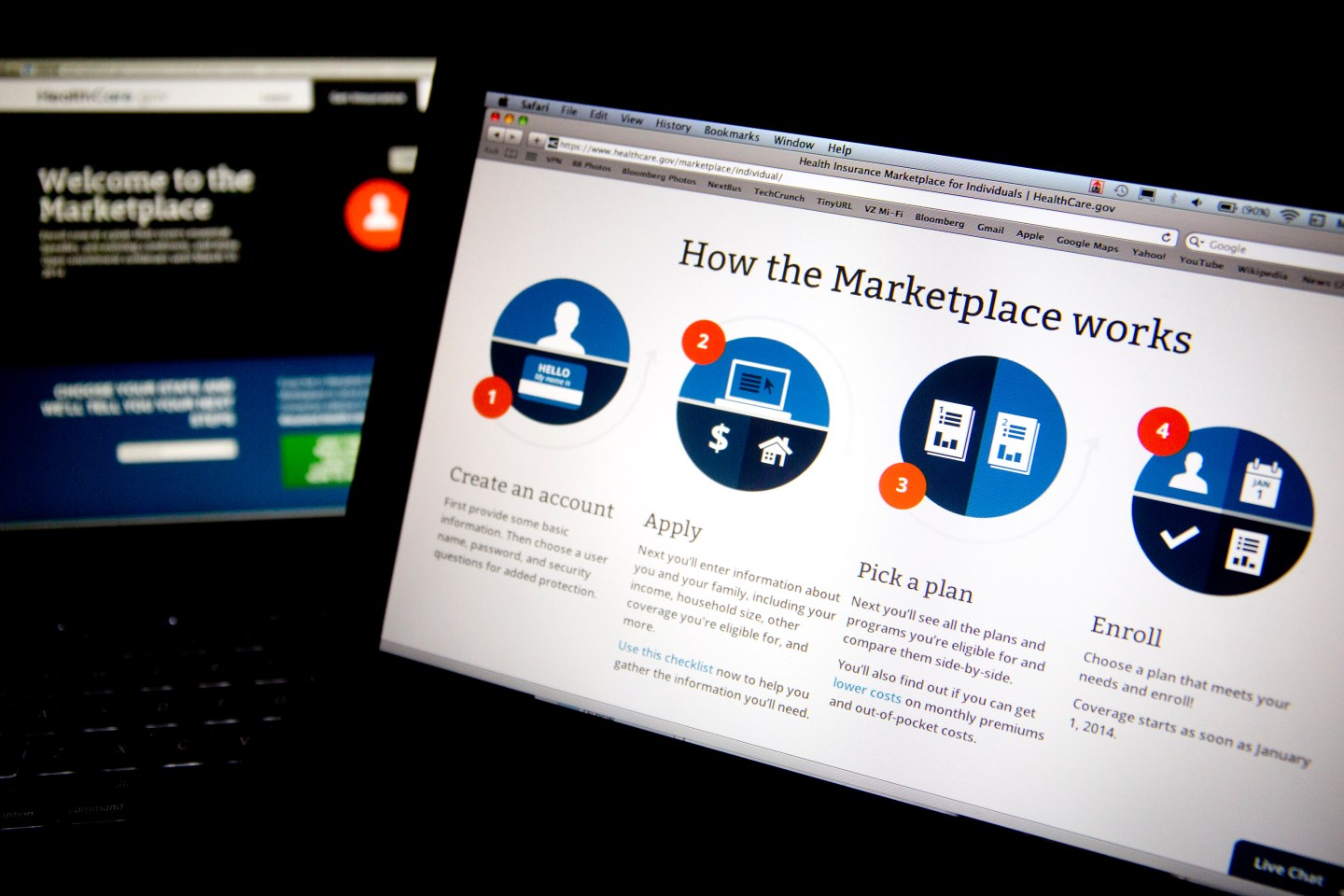 The Healthcare.gov website is displayed on laptop computers arranged for a photograph in Washington, D.C., U.S., on Monday, Nov. 4, 2013. The race to construct an online insurance exchange by Oct. 1 spurred the Obama administration to use an expedited bidding system that limited its choice of a builder to just four companies, including CGI Group Inc. Photographer: Andrew Harrer/Bloomberg via Getty Images
Photo by Andrew Harrer—Bloomberg via Getty Images

About 32 million more Americans would be uninsured by 2026 if Obamacare is repealed, according to the Congressional Budget Office (CBO), and 18 million would lose insurance in just the first year after repeal. Furthermore, premiums in the private individual health insurance market (which is broadly contained within Obamacare’s state and federal marketplaces) would skyrocket over time, rising anywhere from 20% to 25% in the first new plan year and then sharply rising over the next decade.

“The increase would reach about 50 percent in the year following the elimination of the Medicaid expansion and the marketplace subsidies, and premiums would about double by 2026,” wrote the report authors.

The CBO analysis is based on H.R. 3762, the Restoring Americans’ Healthcare Freedom Reconciliation Act of 2015, which would nix the health law’s unpopular mandate that everybody be required to buy insurance and also scrap the federal tax subsidies that the vast majority of Obamacare enrollees receive. It would leave in place the law’s popular insurance market reforms, such as the ban on denying coverage to people with pre-existing conditions and certain mandated benefits.

The overall takeaway from the CBO analysis is that, without the stick that is the tax penalty for lacking coverage, the individual insurance market would face major disruptions and be forced to hike premiums in order to cover people who can wait to buy insurance until they get sick.

GOP leadership immediately pushed back on the report, noting that it assumes a repeal without a replacement.

CBO misses the point. Obamacare will be replaced with lower costs and more choices.

Still, Congress has yet to coalesce around an ostensible alternative. And the CBO report, combined with growing momentum among Republican lawmakers (and President-elect Donald Trump) to pair repeal with a replacement plan to minimize disruption, may spur more action on that front and give the cost-scoring agency an actual piece of health care legislation to analyze.