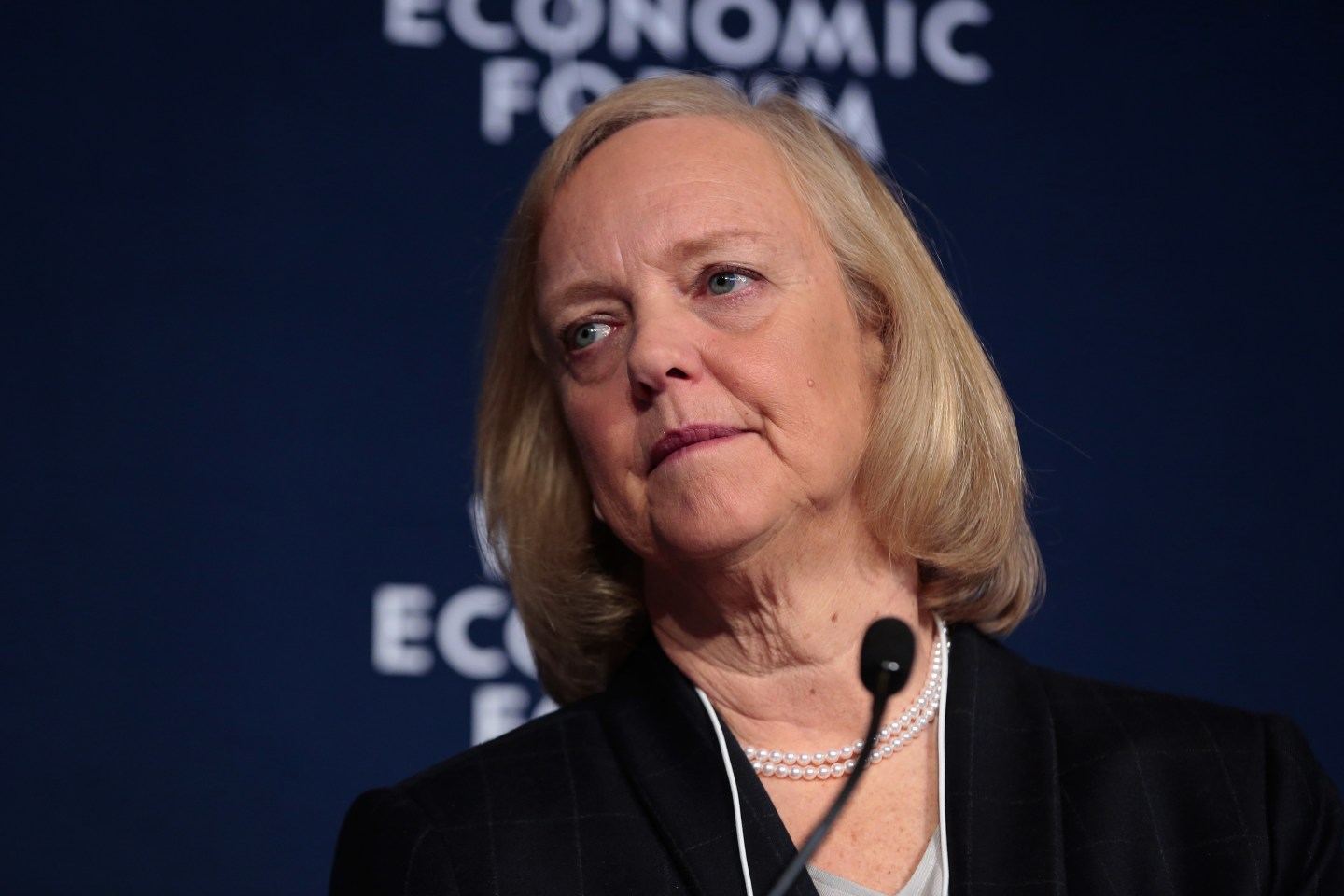 Hewlett Packard Enterprise CEO Meg Whitman on Tuesday said President-elect Donald Trump needs to prove that he can be a responsible leader.

She made her comments at the World Economic Forum in Davos, Switzerland, as she talked about how business and government must work together to ensure the power of technology is harnessed for good.

“Technology is now disrupting every single industry and every single job. And my view is that the pace of change is only going to accelerate,” she said, citing potential advances in automation, artificial intelligence, and smart devices.

Technology can have positive effects, she said, but it can also eliminate jobs with little dissemination among victims. “[T]his revolution is going to ageless, it’s going to be classless, and it’s going to affect everyone,” she said. It’s up to “business and government and academia to manage this transition perhaps more aggressively than we have in the last 10 to 20 years. We’ve got to manage it thoughtfully, we’ve got to manage it deliberately.”

Working alongside the incoming administration to meet this challenge could prove awkward for Whitman, a long-time Republican who broke with the party to support Hillary Clinton in the presidential election last year. Not only did she pledge her vote to the Democratic candidate, she also co-hosted a campaign event for Clinton in Silicon Valley in September.

In explaining her allegiance in August, Whitman told The Denver Post that Trump’s business record raised red flags. “He has gone bankrupt four times. Usually in business the sign of success is not having to declare bankruptcy four times,” she said.

Fortune asked Whitman on Tuesday whether Trump, who will be inaugurated Friday, is a responsible and responsive leader. Those leadership traits are the theme of this year’s World Economic Forum. Her response: Trump still needs to prove that he is.

“Obviously, the election in the United States did not turn out as I hoped it would, but the election has occurred, and we as Americans have got to give our new president the benefit of the doubt,” she said. “He will now have a chance to prove that he can demonstrate responsive and responsible leadership. My call to all Americans and my employees in particular was, we now have to give him the benefit of the doubt.”

Trump and his team have made overtures to the business community since securing the White House by nominating CEOs for key posts in his administration and by assembling groups of business leaders for sit-down meetings. Trump called a tech summit in New York in mid-December that featured executives like Apple’s Tim Cook, Facebook’s Sheryl Sandberg and Tesla Motors’s Elon Musk. Whitman, whose company is the 21st largest tech company by market cap, was a notable absence.

Trump’s rhetoric is at obvious odds with the World Economic Forum, whose attendees seem to champion globalism and free trade, and the gathering’s theme can be seen as a direct affront to the incoming administration.

But the Forum also can’t can’t ignore the populist sentiment Trump has kicked up.

“What this election in the United States and what Brexit showed us is that there’s a group of people who feel they have been left behind by globalization and the changes that technology has really caused to occur over the last several decades,” Whitman said Tuesday. “And now business, government; we have to think about how. . .we make sure the left-behind parts of all of our countries really do get a chance.”