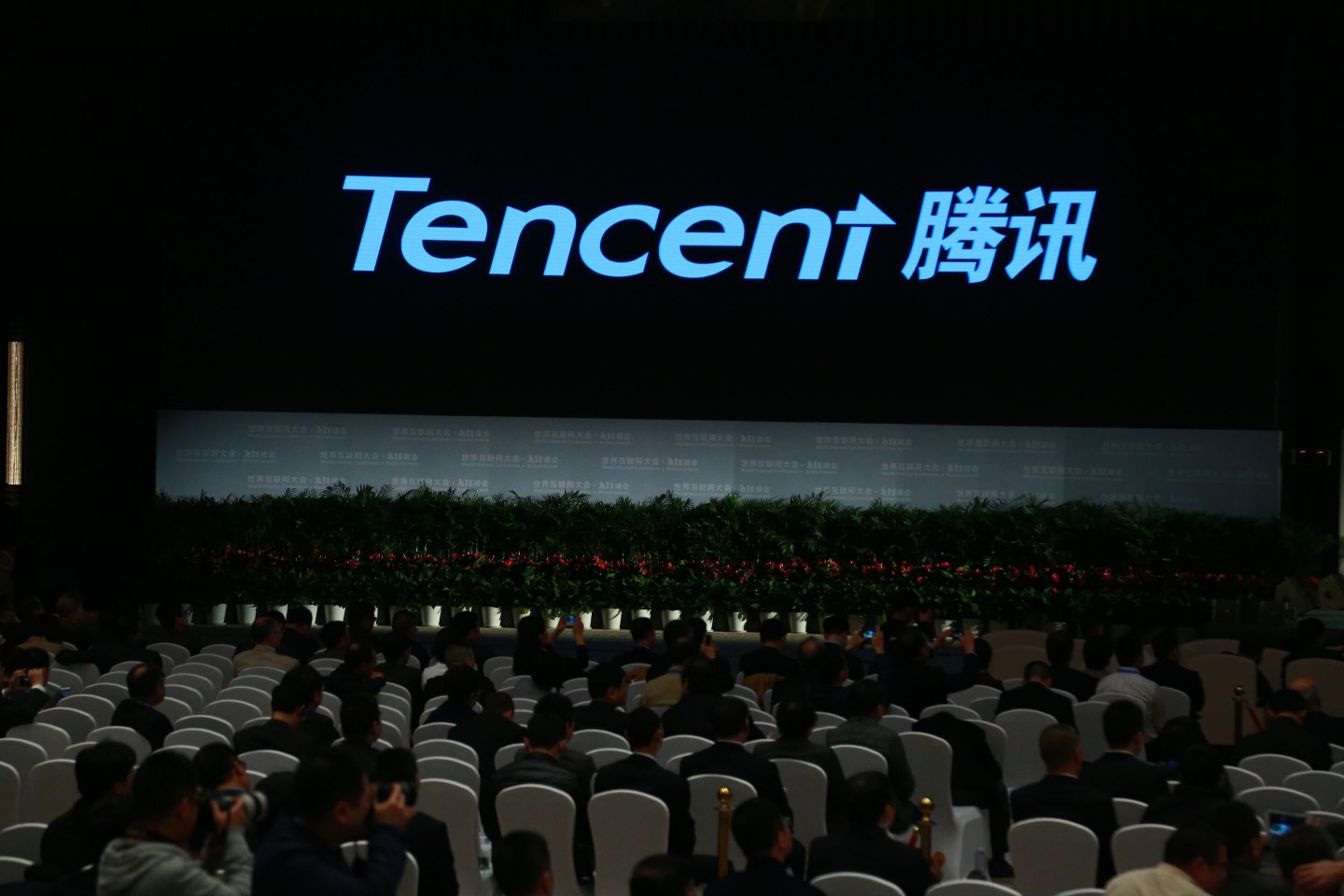 JIAXING, CHINA - NOVEMBER 16: A speech about WeChat Ecosystem Innovation by Tencent is delivered during the Release Ceremony for World Leading Internet Scientific and Technological Achievements as part of the 3rd World Internet Conference (WIC) at Wuzhen Internet International Conference and Exhibition Center on November 16, 2016 in Jiaxing, Zhejiang Province of China. The 3rd World Internet Conference (WIC) - Wuzhen Summit kicks off at Wuzhen township on Wednesday and will last to Nov 18, in Zhejiang Province. (Photo by VCG/VCG via Getty Images)
VCG VCG via Getty Images

A disturbing seven-second recording has recently surfaced of a Tencent office party. The video shows two women, identified as Tencent employees by Shanghaiist, attempting to use their mouths to open bottles of water held between male workers’ legs. In the video, a crowd of onlookers cheers them on, and photographers snap pictures.

The clip has met with backlash from members of the Chinese public online, who say it highlights pervasive sexism at the company, and in Chinese tech culture as a whole.

Tencent, which runs the WeChat messaging service, released a statement to Sina News last week, apologizing and saying that employees responsible for the incident were being disciplined.

For more on gender in business, watch Fortune’s video:

While a similar instance would be unlikely to take place in the U.S. tech sector, it’s important to acknowledge that gender bias is nonetheless a problem in Silicon Valley. Such idealized workplaces as Apple and Google have faced instances of sexism, and female engineers are subject to a huge pay gap compared to male counterparts.