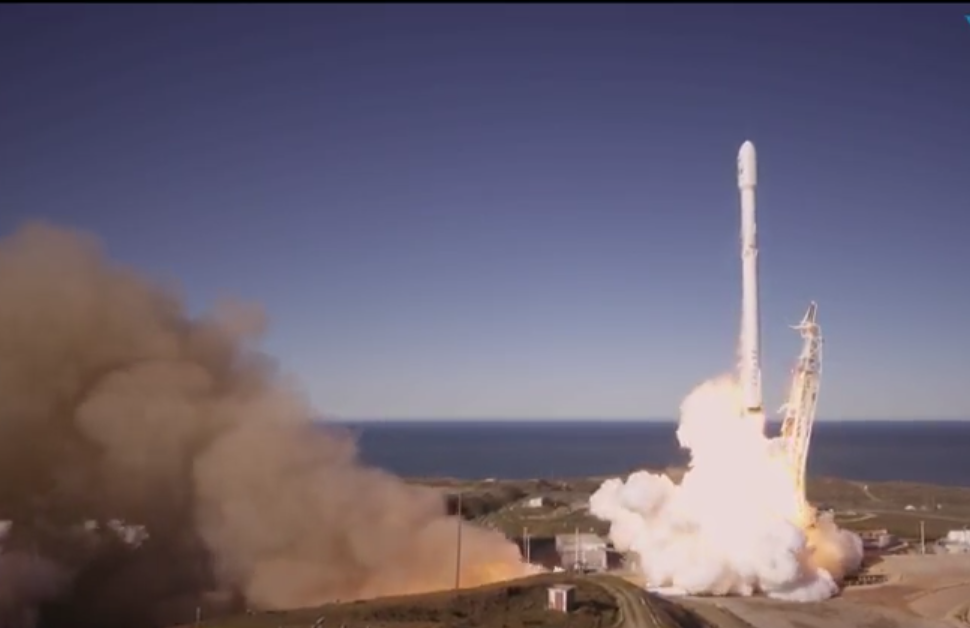 At just before 1pm eastern time, SpaceX completed its first launch since September. The mission, which will put 10 satellites into low Earth orbit for the communications firm Iridium, appears to have been a complete success.

At crucial stages of the launch, which was live-streamed on YouTube, SpaceX mission control staff could be heard cheering wildly in the background. That included the stage after the successful separation of the first-stage booster and ignition of the second-stage engine, and the successful deployment of the first stage’s guidance fins.

Within ten minutes of launch, the Falcon 9 rocket’s first-stage booster successfully returned to Earth intact, with a clean landing on the drone barge Just Read the Instructions. This was the first successful landing on that vehicle, following several successful recoveries using its east-coast counterpart, the Of Course I Still Love You.

The second stage of the rocket is as of this writing still preparing to deploy its payload of satellites.

As we outlined earlier today, this launch was of crucial importance for SpaceX, following an accident in September that led to the suspension of launches for more than four months.