Chinese People No Longer Aspire to Work Only at Famous Multinationals 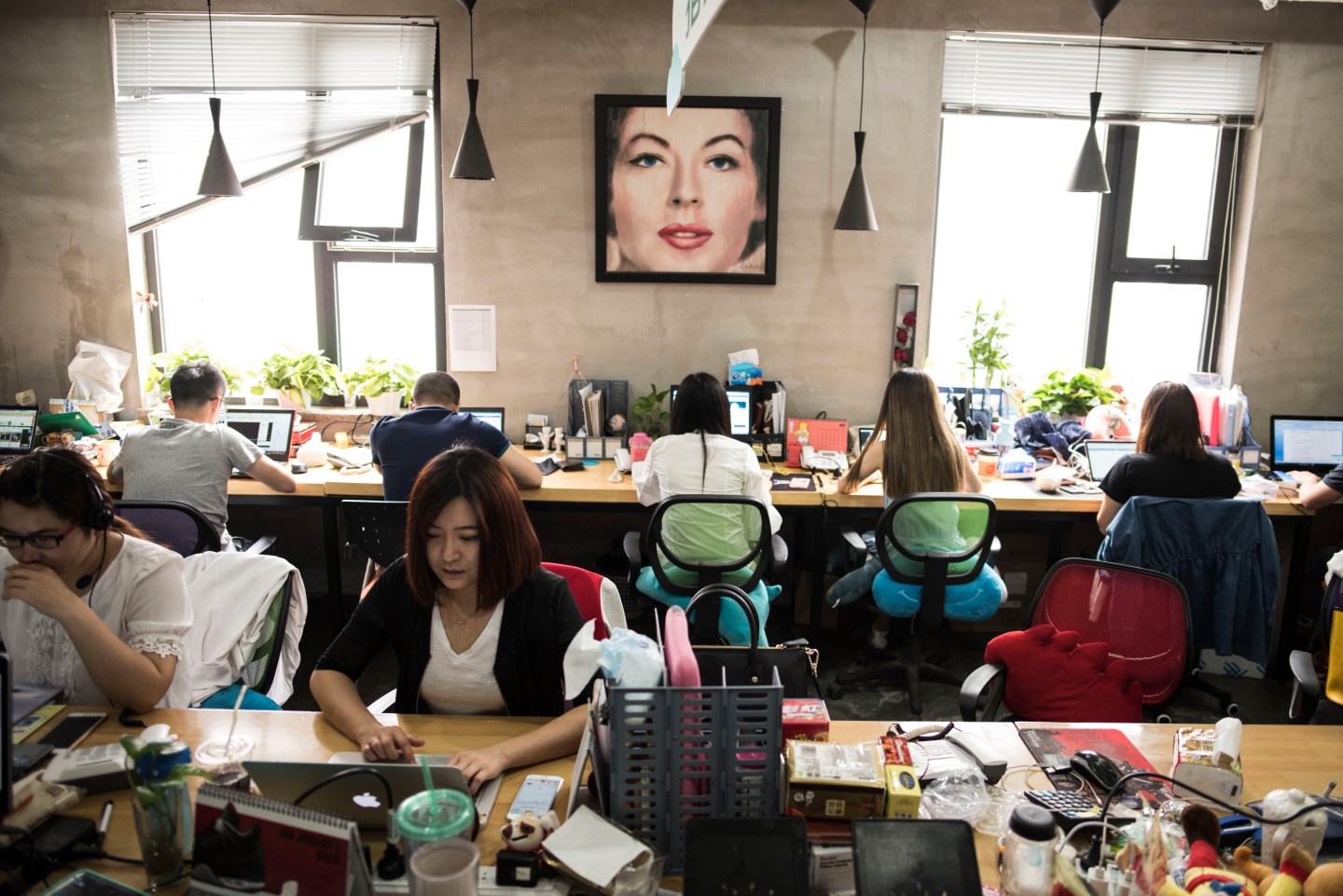 BEIJING, CHINA - MAY 23 Internet start up employees work on their computers at 3W Coffee in Beijing, China on May 23, 2016. The coffee house is a place for startups and entrepreneurs to huddle and incubate ideas. Mobile device usage and e-commerce are in wide use in the Chinese capital despite serious restrictions on internet access. (Michael Robinson Chavez/The Washington Post via Getty Images)
Michael Robinson Chavez—The Washington Post/Getty Images

Chinese firms were once at a disadvantage when it came to hiring the country’s top talent, but new research shows that homegrown businesses are beginning to catch up to foreign multinationals.

CNBC reports that an average of 9 out of 10 regional posts at local firms are now held by Chinese nationals, compared to 6 out of 10 similar roles at multinationals, according to a new report jointly authored by Bain & Company and LinkedIn China.

“As local companies grow in size and prominence, they are increasingly able to compete against global competitors to win the next generation of Chinese leaders,” CNBC cited the report as saying.

The report predicts that Chinese nationals will soon take on most leadership and management roles that used to be held by foreigners, presenting a major challenge for multinational firms in the world’s second-largest economy.

Citing figures from the EU Chamber of Commerce in China, CNBC reported that some 41% of European companies are either re-evaluating their China operations or scaling back. A number of U.S. companies sold off their China businesses over the last year, CNBC said, such as Uber (UBER) and Coca-Cola (KO).

McDonald’s (MCD) is also retreating from the Middle Kingdom; this week the fast food chain said it would sell a majority of its Hong Kong and China business to CITIC Group, the South China Morning Post reports.

James Root, a partner and Bain & Company, said major foreign firms were once the most desirable places for young, talented Chinese to work because they offered more opportunity, higher business standards and better pay. But with China’s rapid urban development and shift toward a more consumer-based economy it appears domestic firms might be closing the gap.

Some analysts saw trouble brewing for foreign employers slowly over the past decade. The Harvard Business Review noted in 2011 that Chinese nationals’ interest in working for a domestic firm had tripled between 2007 and 2010.