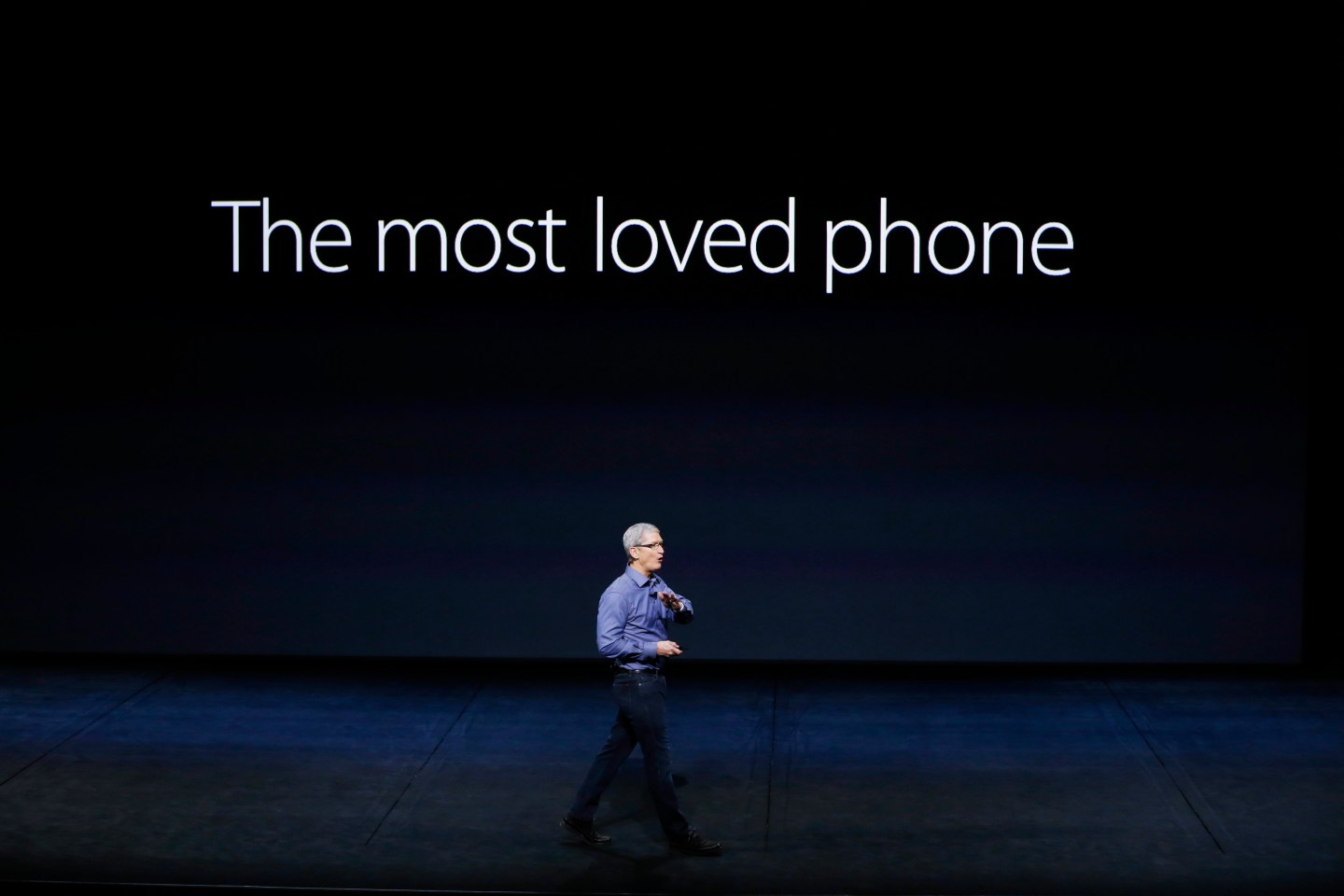 SAN FRANCISCO, CA - SEPTEMBER 9: Apple CEO Tim Cook introduces the new iPhone 6s and 6s Plus during a Special Event at Bill Graham Civic Auditorium September 9, 2015 in San Francisco, California. Apple Inc. unveiled latest iterations of its smart phone, forecasted to be the 6S and 6S Plus. The tech giant is also rumored to be planning to announce an update to its Apple TV set-top box. (Photo by Stephen Lam/ Getty Images)
Photograph by Stephen Lam—Getty Images

Expect the next iPhone to be made mostly with glass.

Apple (AAPL) is reportedly ditching the iPhone’s aluminum back cover in favor of two reinforced glass panes on its face and back, according to a Tuesday report from Tapei-based DigiTimes. Foxconn Electronics and U.S.-based Jabil will be manufacturing the parts, including the stainless steel metal frame, according to DigiTimes.

While DigiTimes has previously been called out for unreliable reporting about Apple, it’s not the first time rumors of an iPhone with a glass front and back have floated around.

KGI Securities’ Ming-Chi Kuo, a top Apple analyst with a better track record, released a September report predicting that the 2017 iPhone will be made with glass on the front and back, according to 9to5Mac. Kuo also previously forecasted that Apple could introduce a 5.8-inch model of the 2017 iPhone.

The current iPhones range from 4.7 inches to 5.5 inches in size.