Chipotle May Add a Dessert to Its Menu This Spring 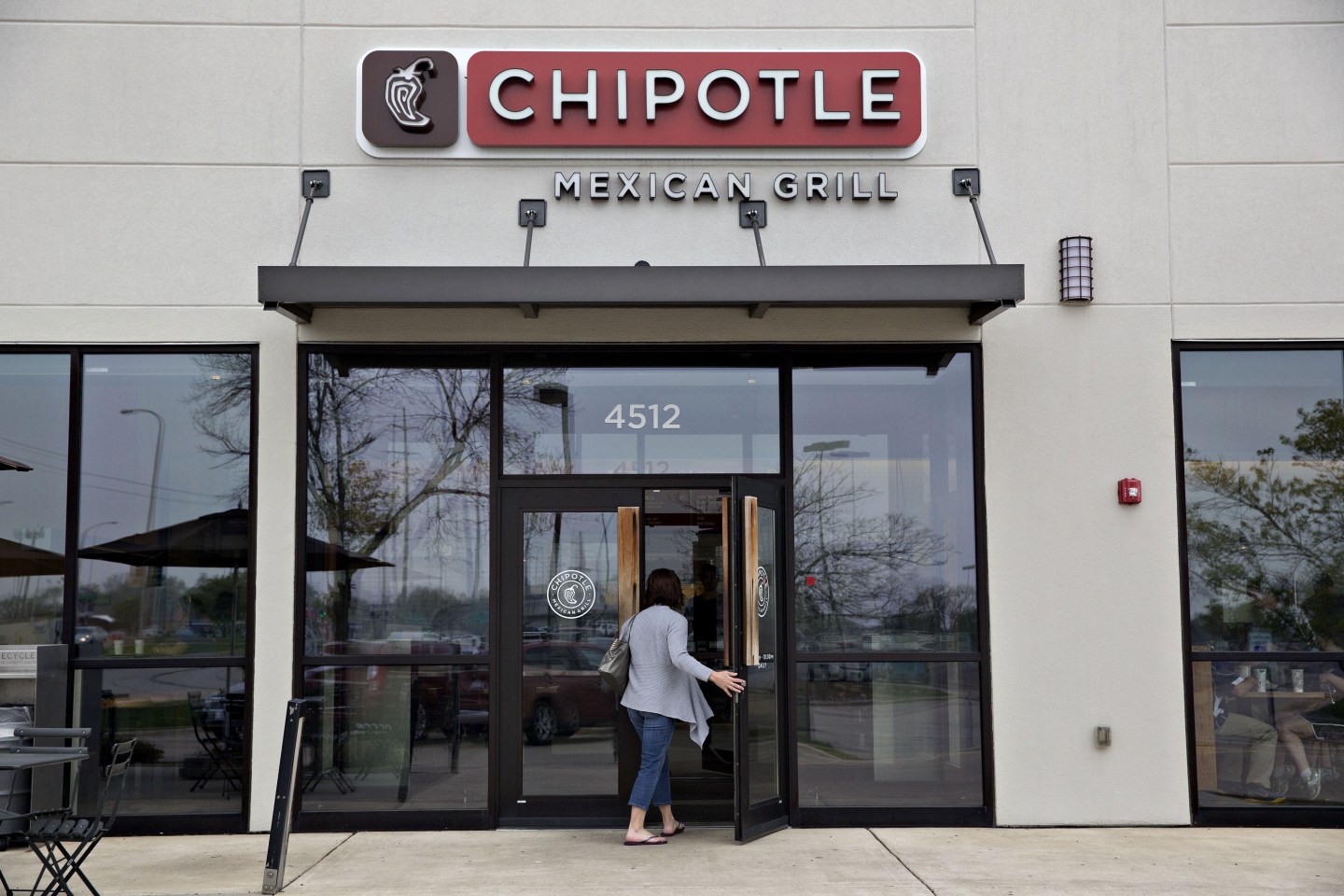 The Mexican restaurant chain, largely known for selling burritos, tacos, and guacamole and chips, on Tuesday told investors during the ICR Conference that the company had been testing a dessert and could soon debut the new item on menus this spring after some final tweaks to the recipe. This would come after a few other recent menu innovations, including chorizo in 2016 and tofu just a few years before that.

“The dessert adds only one ingredient not already found in our restaurants,” said Chief marketing and development officer Mark Crumpacker during the presentation. “It is easy to prepare and is delicious.” He provided no hints as to what the dessert would be.

The addition of a dessert would be a rare menu addition for Chipotle (CMG), which has carved out a niche in the restaurant world by focusing on an uncomplicated conveyor belt-styled approach to food prep to ensure orders can be processed quickly. “Our business was built on doing just a few things, and doing them well,” said founder and CEO Steve Ells earlier in the ICR presentation.

That business model has faltered of late as Chipotle’s sales have struggled to rebound from a poorly handled and prolonged food-safety crisis that began in the fall of 2015. Chipotle sales have slipped for four straight quarters and earlier on Tuesday as it hasn’t yet fully won back the trust of customers that had previously been loyal to the chain. Earlier Tuesday, Chipotle warned that same-restaurant sales would decline again for the fourth quarter—the fifth consecutive decline.

Crumpacker cautioned that adding a dessert wouldn’t necessarily result in a massive sales jolt. “We don’t view new menu items as significant drivers of our business,” he explained. Chipotle seems determined to avoid the fast pace of innovation that is popular among fast-food restaurant chains, which churn out so-called limited-time offerings to create short-term buzz and inspire traffic. Chipotle and other fast-casual chains generally take a more methodical approach to new menu additions.

Still, it can be helpful when new menu items become a hit. Rival Shake Shack (SHAK), for example, earlier on Tuesday at the ICR conference said the company’s relatively new Chick’n Shack sandwich was a top-five seller and was a “game changer” as that chain aims to lure new customers.